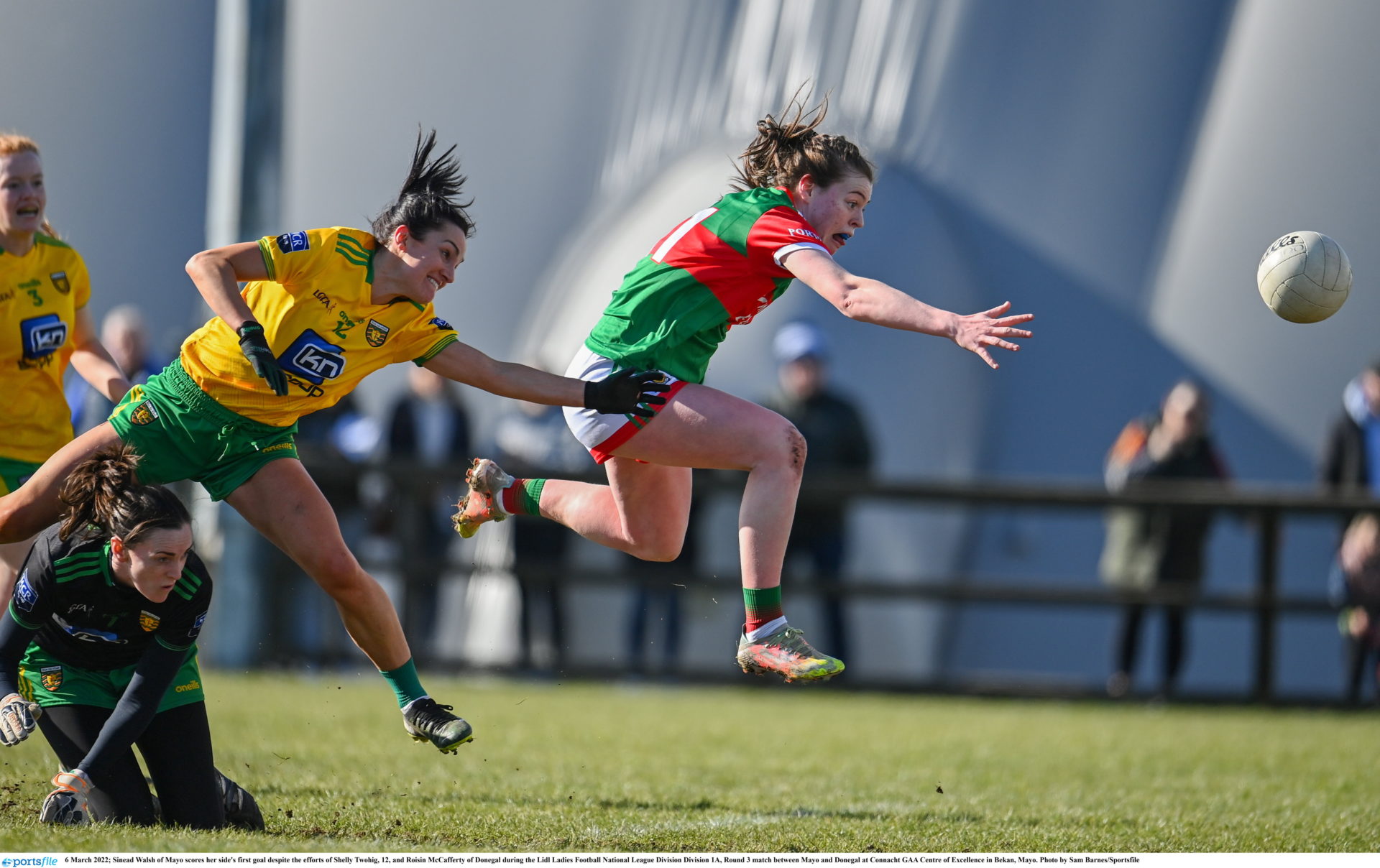 McHale Rovers’ Sinéad Walsh scores her side’s first goal despite the efforts of Shelly Twohig, 12, and Roisin McCafferty of Donegal during the Lidl Ladies Football National League Division Division 1A, Round 3 match between Mayo and Donegal at Connacht GAA Centre of Excellence in Bekan, Mayo. Photo by Sam Barnes/Sportsfile

The details for the Mayo senior ladies National Football League Division 1 semi-final against All-Ireland champions Meath have been confirmed.

The two semi-finals will be hosted as a double header in Clones with both games broadcast live on TG4 on Sunday March 19.

In the curtain-raiser, Dublin will lock horns with Donegal at 1pm, while Mayo face the Royals at 3pm.

Michael Moyles’ side have been in fantastic form this season as they have won all of their games in Division 1A as they put Westmeath, Galway and Donegal to the sword. They scored an eye-watering 15-35 over the three games.

However, this will be their biggest acid test yet as they take on the All-Ireland champions.