A Mayo woman has been named captain of the Republic of Ireland volleyball team. 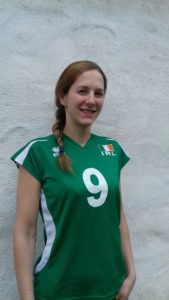 The Girls in Green are to play Northern Ireland this weekend in what is their last friendly game ahead of their trip to Iceland in May for an international tournament.

Mikal O’Boyle from Knock, the only member of the Mayo Ladies Volleyball Club to feature on the national squad, and indeed the only player from Connacht on the team, has been given the captain’s armband by Republic of Ireland head coach Mark Delahunty for Saturday’s clash with the North which is to be played at the Sports Ireland National Indoor Arena in Dublin.

The first serve is at 3:30pm and the game can be viewed live on Volleyball Ireland’s YouTube channel.