Ireland will host the Scots on St Patrick’s Day at Home Farm FC, Whitehall, at 7pm.

Reilly is said to have really impressed McShane and his management team in training. 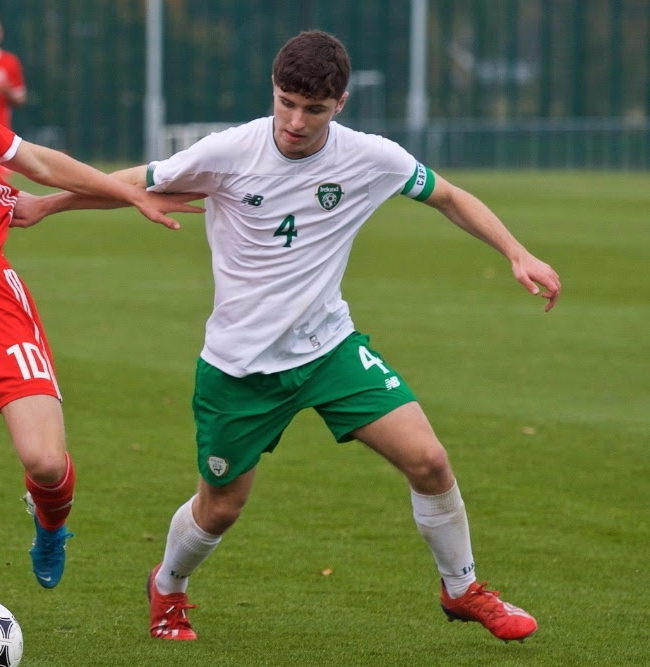 Following the FAI Schools Interprovincial Tournament last December, McShane and his management staff whittled down the 64 players that starred in that event to nearly 30 players for his initial trial. Over the course of the next three months, they cut the training squad accordingly with a number of students on standby, should their services be required over the campaign.

The Shield makes a welcome return following a two year absence due to the COVID-19 pandemic.

Last week, saw the first of ten games streamed on the BBC iPlayer (red button) as Scotland took on long serving Champions Northern Ireland who were crowned back in April 2019.  The game served up five spectacular goals with Scotland edging out Frankie Wilson’s Northern Ireland scholars.

Indeed Northern Ireland are out again tomorrow (Thursday, March 10) as they host Wales in Belfast. It will be a crucial game if Wilson’s crew wish to hold onto the silverware again this season.

The second of the Republic of Ireland’s fixtures will see the team travel to Maginn Park in Buncrana when they take on their Northern counterparts.

The third outing will see the Republic of Ireland feature in Eastleigh FC as England host while the Irish’s campaign will conclude in Caernarfon FC at the end of April with the conclusion of the 2022 series. John McShane will be hopeful that his team will still be in contention at that stage.