All councillors in attendance at a recent Claremorris/Swinford MD meeting gave their resounding support for a proposed purpose-built therapeutic centre for children with cancer in Co Mayo.

Chief executive of Cancer Fund for Children Phil Alexander gave a presentation to members of the Claremorris/Swinford, where he outlined the plans to build a €12.5 million centre in Cong called Daisy Lodge.

They are there to help, guide and support families at home, in their community, and at their therapeutic short break and residential centre in Newcastle, Co Down. 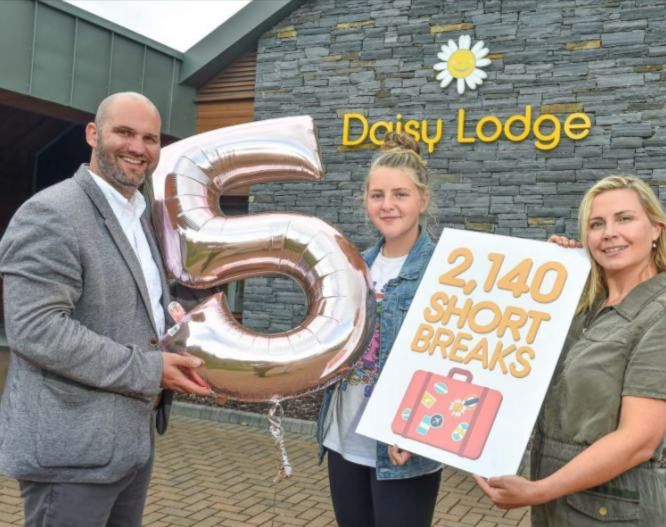 Chief executive of Cancer Fund for Children pictured outside of Daisy Lodge in Newcastle, Co Down

The success of their facility in Co Down has made their charity want to branch out down South and Mr Alexander feels that the proposed building in Cong would be used by children all over Ireland.

They have raised a significant amount of money already as former Ulster and Ireland Rugby player Rory Best’s 290km walk from Down to Mayo last September raised nearly €1 million. Famous golfer Rory McIlroy is also an ambassador for the charity. They have raised €2 million to date with €2 million in pledges, but need to source another €8.5 million.

Cllr Damien Ryan was very supportive of Mr Alexander and he proposed that a delegation of Mayo Co Council travel to the Daisy Lodge in Co Down to show their support for it.