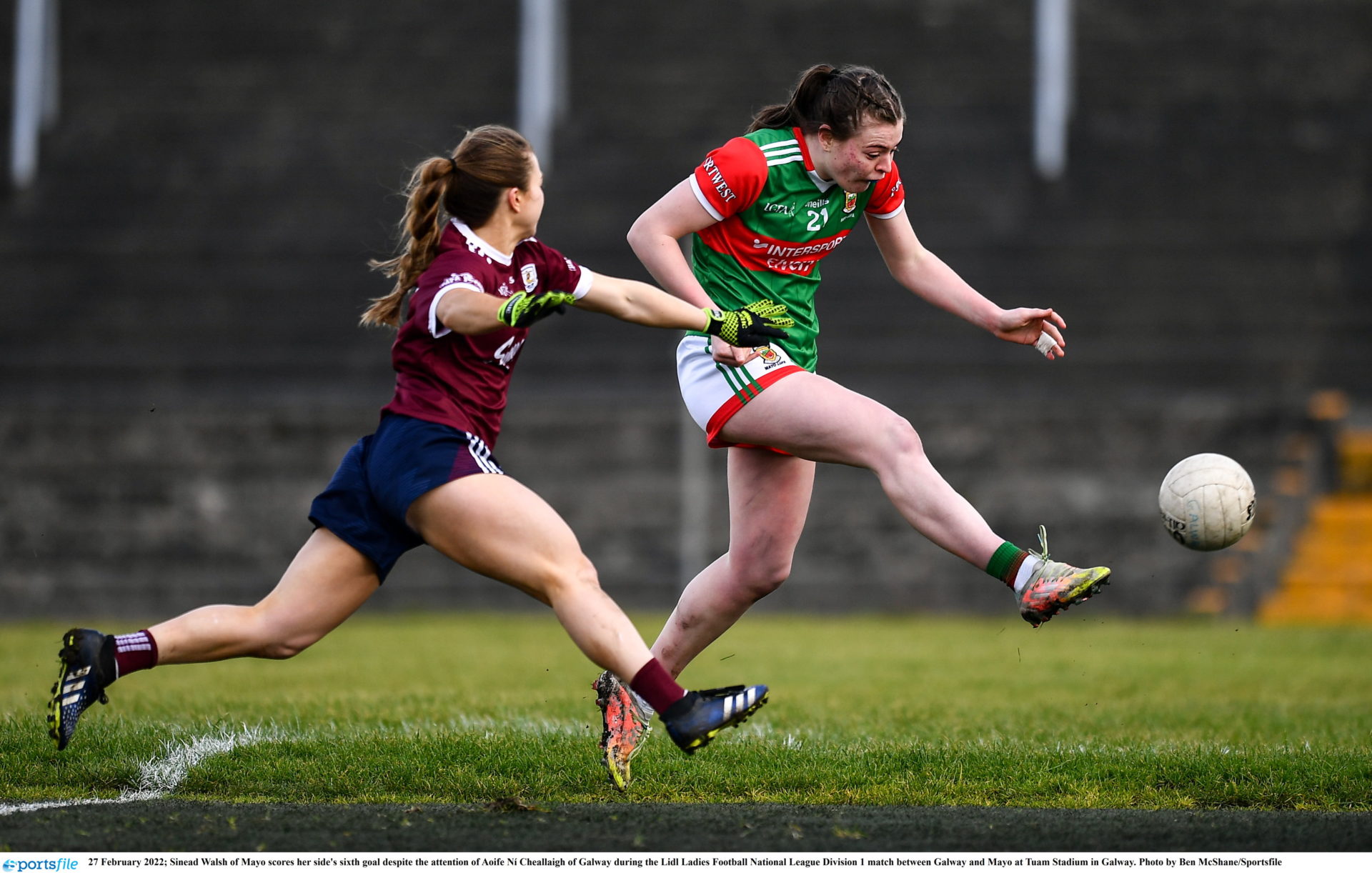 McHale Rovers’ Sinéad Walsh had a dream debut as the 17-year-old struck two goals to help Mayo into the semi-finals of Division 1 of the National Football League as they defeated fierce rivals Galway 6-6 to 2-8 in Tuam Stadium this afternoon.

It was Michael Moyles’ charges who started in front as Walsh buried a one-on-one on the fourth minute. However, Galway responded immediately as Mairéad Seoighe found the net a minute later.

Aoife O’Rourke put Galway in the lead with a free. But Mayo hit the front as Lisa Cafferky’s run ended with full-forward Ciara Whyte palming to the net. Shauna Howley and Leanne Coen traded scores until Walsh and Whyte exchanged passes and the former fed Lisa Cafferky who rolled it into an empty net. Shauna Howley’s free was equalled with an Ailbhe Davoren effort as Mayo led 3-3 to 1-3 at the interval.

Mayo started the second half to a flyer as they ran in three goals with Sinead and Lisa Cafferky and Sinead Walsh burying goals to end the game as a contest.

Kate Slevin was a bright spark off the bench for Galway as kicking 1-4, her goal coming from the penalty spot, but Mayo just too much as they now look forward to a league semi-final in the coming weeks.

For full report, details and reaction buy this Tuesday’s edition of the Western People