The local community in Crossmolina and rest of the county will mourn the death of Kieran Cawley following a battle with illness.

Kieran, from Ballyscanlon, Crossmolina, lost his proud and powerful fight with illness and his passing will be felt throughout all of Mayo and wider circles.

He was a former GAA and Rugby referee, and served as a Prison Officer for over 13 years. 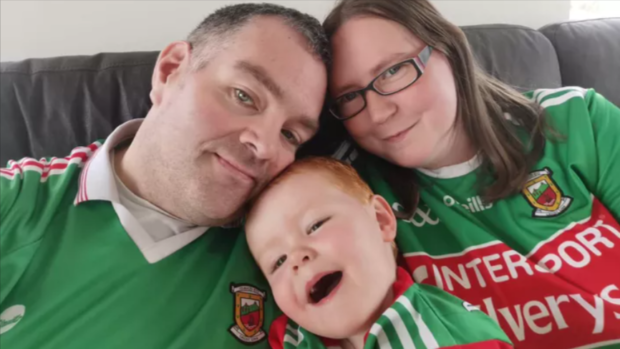 “Kieran was a good man, a family man, a sportsman and a gentleman. He made a lasting impression on all lucky enough to have spent time in his company and memories of his smile and passion will never fade away.
He played rugby in Heffernan Park in his earlier years and became a part of the BRFC family. Not only was he talented on the pitch, he was a great clubman and friend off it. He was back on the pitch last year, refereeing a Girls game and the players still talk about his guidance and care on that occasion.
Kieran Cawley was a lovely man and his likes will not pass this way again.
Our President Deirdre Whyte, our Chairman Alan Rowe, the executive committee and the entire membership of Ballina RFC wish to express our deepest condolences to Kieran’s wife Marcella, son Caolán, family, friends and all who loved a special man.”

Remains reposing at Hiney’s Funeral Home, Crossmolina, this Thursday evening from 5pm until 7pm. Requiem Mass on Friday at 1pm in the Church of Our Lady, Kilmurry. Burial afterwards in adjoining cemetery.