There is no ‘black hole’ in HSE budget, says Paul Reid 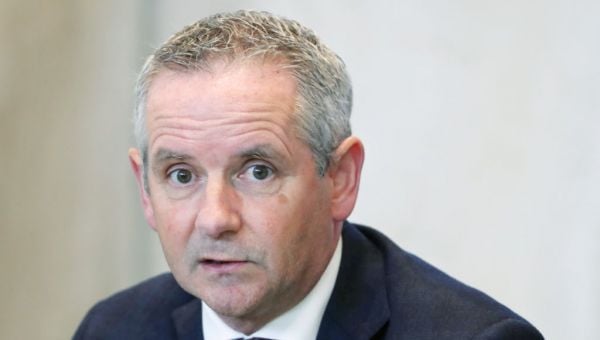 There is no “black hole” in the HSE budget, according to its chief executive Paul Reid, who rejected claims of “sloppiness” in the health service’s financial reporting.

Mr Reid also moved to defend recruitment plans, denying there were “fake targets” for hiring staff within the health system.

It comes after the Sunday Business Post reported details of discussions between senior government officials. The comments were claimed to have been made by officials at the Department of Health at a meeting on January 27th to discuss details about the health budget oversight group.

It was also reported that officials made comments about “dysfunction” and distrust in the health sector.

Mr Reid told RTÉ radio’s Morning Ireland that the claims of “fake targets” for hiring staff and “sloppiness” in financial reporting did not reflect the “very collaborative, constructive, obviously challenging relationships between ourselves and the Department on many issues”.

“It doesn’t reflect what our big focus is on and the issues for the public which are waiting lists, reform and trying to recover from Covid and the impact it has had,” he said.

Mr Reid said he was surprised by the language reported and said the figures quoted by the government officials were “factually incorrect”.

It was reported that officials raised issues of a possible prior year adjustment in its budget for 2020, which they said could be in the region of “hundreds of millions” of euro.

However, Mr Reid rejected these claims.

“I want to make the point, there will be no adjustment of hundreds of millions in our budgets. There is no black hole,” he added.

“What is happening is a process that’s ongoing jointly between ourselves and the Department, which is an assessment of a potential financial adjustment, and that’s a process that has been initiated by ourselves, the HSE, our audit and risk committee and the board, to look at certain levels of provisions and approvals at the end of the year December 2020.

“All that has done is to give assurance to the boards, the Department, the Oireachtas, that certain cash management we have, it will not involve any potential increase in expense.

He said that any adjustments, if there are any, would be less than €100 million.

The officials also claimed that a target of recruiting 10,000 staff this year was not going to be met, and that the updated figure would be 5,500.

Mr Reid said that since January 2020, the HSE has recruited 24,000 people in the health service. He said that there has been a 12,500 net increase in HSE employees.

“So when we set out to do the service plan for 2020, we have funding and we secured funding and are really are appreciative for the 10,000 recruited staff,” Mr Reid added.

“When we looked at what the market was telling us over the past two years, the reality of what we foresaw is a really difficult market here in Ireland. The reality of it will probably be somewhere around 5,500.

Mr Reid said that the HSE needs and wants to achieve those levels of recruiting 10,000 health staff and said they are achievable.

“We advised the Minister that reality of what the market may facilitate would be about 5,500, but we will pull out all stops to achieve further than that and that’s exactly what will be set out in the national service plan,” he added.

“So it’s actually good practice of the way we’ve gone about it.”

Speaking later, former director general of the HSE Tony O’Brien said a single integrated financial management system should be implemented so that it would be known “in real time” what was being spent and where.

The current system was not serving the HSE and any examination of spending was taking too long. The problem was it was taking a long time to fix, he told RTÉ radio’s Today with Claire Byrne show.

There needed to be multi-annual budgets as it was not possible to recruit and fill posts within a year.

There was a mismatch between what was realistic for the HSE to deliver and political ambitions, he said.

Mr O’Brien pointed out that it was now the second week in February and yet the service plan for 2022 had not yet been published.

Multi-annual targets would be far better, he said. The current situation was a case of politics shooting itself in the foot as the impression was being created of continuous failure when annual targets were not reached.

On the same programme, Sinn Féin’s health spokesperson David Cullinane agreed on the need for multiannual budgeting and funding. He said that 17 years on from the establishment of the HSE there still was not a single integrated financial management system.

There needed to be “joined up thinking” and a culture of accountability with realistic and deliverable targets. The health service needed the reforms promised in Sláintecare, he said.