Ballyhaunis whiskey distiller Sean McKay is expecting a big year at his Achill Island Distillery with the launch of a new label in October and the lifting of pandemic restrictions bringing a tourist influx to sample his wares.

From Lavallyroe, near Cloonfad, Sean and his brother Michael established the distillery with their father John in 2018, having launched the Irish American whiskey label in 2015. 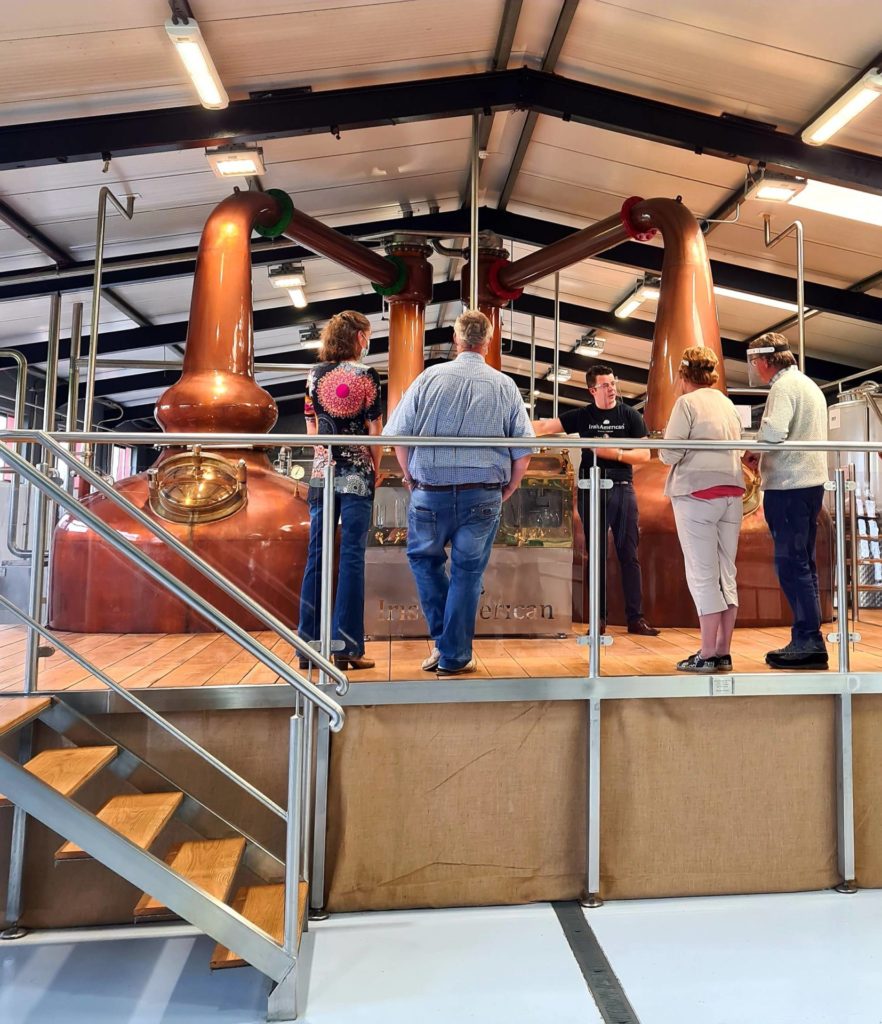 “My father created Irish American as a heritage brand and a lifestyle brand. He wonder what would be the best vehicle to promote the brand.

“Therefore we decided on whiskey with American casks to give it the unique flavour. We bought casks from Kentucky.”

Irish whiskey by law must be agreed for three years and one day to be marketed as such. Hence a 2019 batch of production will in October of this year be issued as the first ‘Achill Island Whiskey’. The product, said McKay, is the only whiskey to be distilled and bottled on an island off Ireland.

When the McKays launched their business in 2015, they bought whiskey from various distilleries and came up with a unique blend for the Irish American Whiskey.

“We had success, especially in the US, our sales helped fund the building of our distillery,” said Sean.

“We produced 30 casks per week and 460 bottles per barrel means we had a capacity for 20,000 bottles per week. But we’re not at the level of distribution yet.”

Sean and Michael stay in Achill during the week, returning to Lavallyroe at the weekends. Why Achill?

“Experts advise you to be near tourist footfall. The local micro climate, surrounded by sea, is also a factor. The climate the barrel is ageing in has a strong influence on the character of the whiskey.

“Achill temperatures don’t go down as much in the winter as more inland areas also there’s a huge salt content in the air. Such factors help the maturation process.”

Water is another factor: the supply for the whiskey distillery comes from Lough Kylemore.

Achill’s tourist trade is an added bonus revenue-wise for the distillery which is open to visitors.

“There has been a steady flow, 2021 was the first full summer of tourists. We welcomed tourists from Thursday to Sunday and 90 percent of them were Irish staycationers. This year after a couple of years with visitor restrictions down so we’ll get a real feel for what it might be like.”

Sadly, the originator of the whiskey brand, John McKay passed away two years ago. From a construction background, he was “a man of great vision”, said Sean.

“He didn’t know much when he started but he quickly learned a lot about whiskey.”

Sean himself had a youthful interest in whiskey.

“They used to call me ‘old man McKay’ because I would be having water and whiskey when my mates would be drinking pints.”

Aside from the Irish American and Achill Island brands, the company is also doing a private label bottling for a Dublin client.

“We are unashamedly targeting the American market because that dwarfs any other, and anything popular in the US usually comes back across the pond.”

However there was a “little bit of pushback” when Irish American was first launched in Temple Bar, said McKay.

“Some places said have American in the name so it must be just for tourists.

“But we said judge it on quality. We chose the Jeannie Johnson ship as our logo, the whole idea being that Ireland has come a long way over the years in its relationships with America.”

Without the advertising budget of larger peers, the Irish American has relied on “old fashioned” methods like building up relationships with bar staff. McKay explains how in the face of new whiskies, the established handful of multi-nationals who own keys Irish whiskey brand have, in recent years, multiplied their range with variations on their products (Jameson now offers a ‘stout flavoured whiskey’) in order to force customers to fill their shelves, leaving less space for smaller distillers’ bottles.