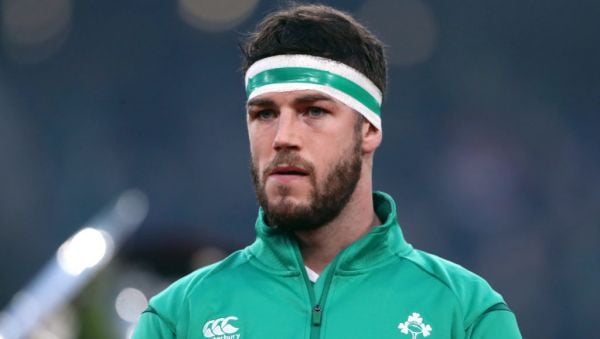 Caelan Doris feels in a “way better place” than last year when concussion symptoms caused him to sit out the entire 2021 Guinness Six Nations.

The Ireland star has undergone specialist cognitive testing after suffering problems with his concentration, speech and short-term memory.

Having made his club comeback in mid-April, the Mayo man returned to Ireland duty last summer before being named his country’s player of the autumn, which included a man-of-the-match display in the gripping win over New Zealand.

Doris – who is almost certain to start Saturday’s Six Nations opener against Wales – is eager to make up for lost time as he continues to manage the issue.

“I’m in a way better place than this time last year, much more comfortable with it all,” he said.

“I’ve had a pretty clean season so far this year, and hopefully it will continue, touch wood.

“The testing definitely helps with that, gives me peace of mind. It’s still sometimes there, but it’s much less than it was last year.

“From having missed the Six Nations last year, I’m pretty excited to hopefully be a part of it this year and get stuck in this weekend.

“I’m loving playing at the minute, both at Leinster and in here: two top-class environments, great coaches and players, and it’s really enjoyable.”

A native of Lacken in North Mayo, Doris’ Test career began in concerning fashion when he sustained a concussion just four minutes into his debut – the 2020 Six Nations opener against Scotland.

The former Ballina RFC underage star was tipped to shine in last year’s championship before standing down due to suffering further symptoms in an Ireland training match against Ulster.

Following a welcome return to the international set-up for wins over Japan and the United States last July, the 23-year-old underlined his growing importance to head coach Andy Farrell with a trio of standout performances in November.

Reigning Six Nations champions Wales travel to Dublin with a string of injury issues and Leinster back-rower Doris is optimistic of helping his country extend their eight-match winning run.

“We’re happy with how November went and with how we’re evolving,” he said.

“So far this week has been very much on ourselves, on getting our own stuff in order obviously having been back with our clubs for the last couple of months.

“All being on the same page for the last few days has been important, so we’re confident, we’ve trained well the last few days, but of course we can’t let any complacency slip in and we know that Wales are a very good team.

“They had a pretty successful November as well and have been dangerous over the last few years.

“It’s incredibly competitive – (the) Six Nations always is – but you can say arguably this year even more so.

“We know that there is still a lot more in us. Looking back at some of the games, we played well, but there are so many opportunities to get better and so many areas for growth.”