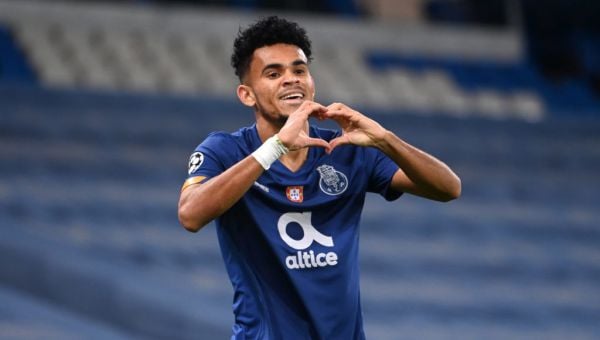 Porto have rejected an initial offer from Tottenham for Luis Diaz, according to the Evening Standard. The 25-year-old winger has a release clause of £66million(€79 million), and the Spurs’ reported starting offer of £37m plus add-ons did not cut it.

The same paper reports that Aston Villa midfielder Douglas Luiz is being assessed by Arsenal. The option is being weighed up due to the club’s likely failure to sign Bruno Guimaraes, who is now strongly linked with Newcastle. The 23-year-old Luiz is said to have been admired by Mikel Arteta since they worked together at Manchester City.

The Daily Mail, citing reports in Italy, claim Roma manager Jose Mourinho is hopeful of signing Arsenal midfielder Granit Xhaka. The 29-year-old Switzerland international was linked with the Serie A club earlier in the summer but a deal reportedly fell through. However, Roma are now said to be looking to move on a player and create space for Xhaka’s signing.

Former England international Ashley Young has snubbed Newcastle, according to the Daily Mirror. The 36-year-old full-back is a free agent this summer but new Aston Villa boss Steven Gerrard reportedly wants him to stay.

Bruno Guimaraes set for Newcastle medical while in South America on international duty ahead of £43m movehttps://t.co/pJiskonwwR

Where next for Dele Alli? Brighton, Newcastle, Burnley and Everton want the Tottenham star with time running out for a January movehttps://t.co/pKCtL3OfEC

Armando Broja: Everton, Leeds and the Wolves have all been linked with a move for the 20-year-old Chelsea forward, who is on loan at Southampton.