One of the most beloved double acts in Irish folk and traditional music, Paul Brady and Andy Irvine, have rescheduled this weekend’s gig at the TF Royal Hotel in Castlebar. 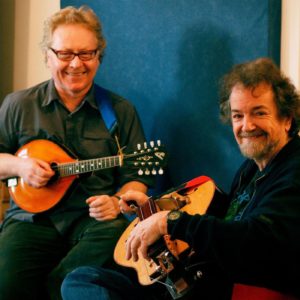 The pair were due to appear on Sunday night but the event has pushed back to November 17.

There has been great excitement among entertainment goers that the live music and wider arts scene can begin returning to some sort of normality in light of last weekend’s easing of Covid-19 restrictions but the speed of the government’s announcement caught lots of venues and acts on the hop, with Brady and Irvine’s gig one of several examples where capacity crowds could now watch them perform if a rescheduling had not already taken place.

Comedian Dara O’Briain was also due to perform his ‘So, Where Were We?’ show at the TF Royal this Saturday night before that was pushed back to Friday, June 24 while ‘Take it to the limit – A celebration of The Eagles’, which was pencilled in for Sunday, February 6, will now go ahead on Sunday, May 15 instead.