Killala native Aileen Gilroy has revealed the obstacles she had to overcome in preparation for this year’s AFLW campaign.

The former Mayo and current North Melbourne player was speaking to Virgin Media’s Will Dalton and Dublin footballer Niamh McAvoy for the channel’s AFLW Round 3 Highlights programme. 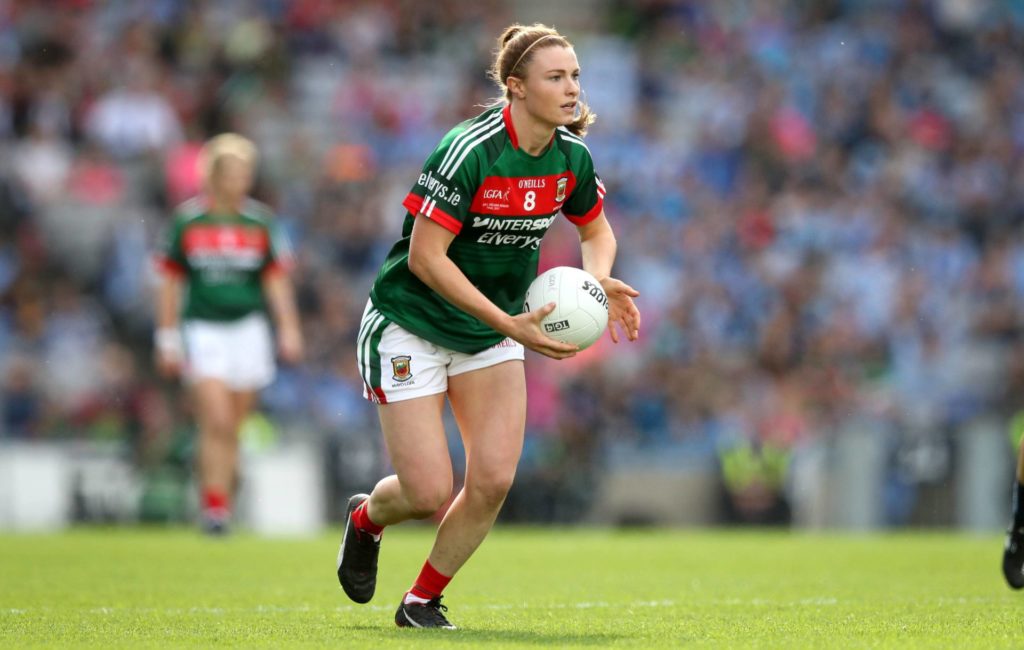 Aileen Gilroy in action against Dublin in the 2017 All-Ireland Senior Ladies final. She was awarded an All-Star that season. Photo: INPHO/Ryan Byrne

Gilroy’s preparations for the season were far from ideal and she details the struggles she had in her interview which is due to air on Virgin Media Sport at 8pm tonight.

“I had interruptions in my pre-season. I actually got bitten by a spider, a white-tail, and I ended up getting an operation, so that put me out of training for a little while. Anyways, I got over it, but then at Christmas I got Covid, so I was heading into Round 1 knowing that I was coming off the back of Covid, so that had an effect on me.”

Ronan Clarke Run is back in Killala for 2022