“Just 16 and he insisted on going… He was brave” 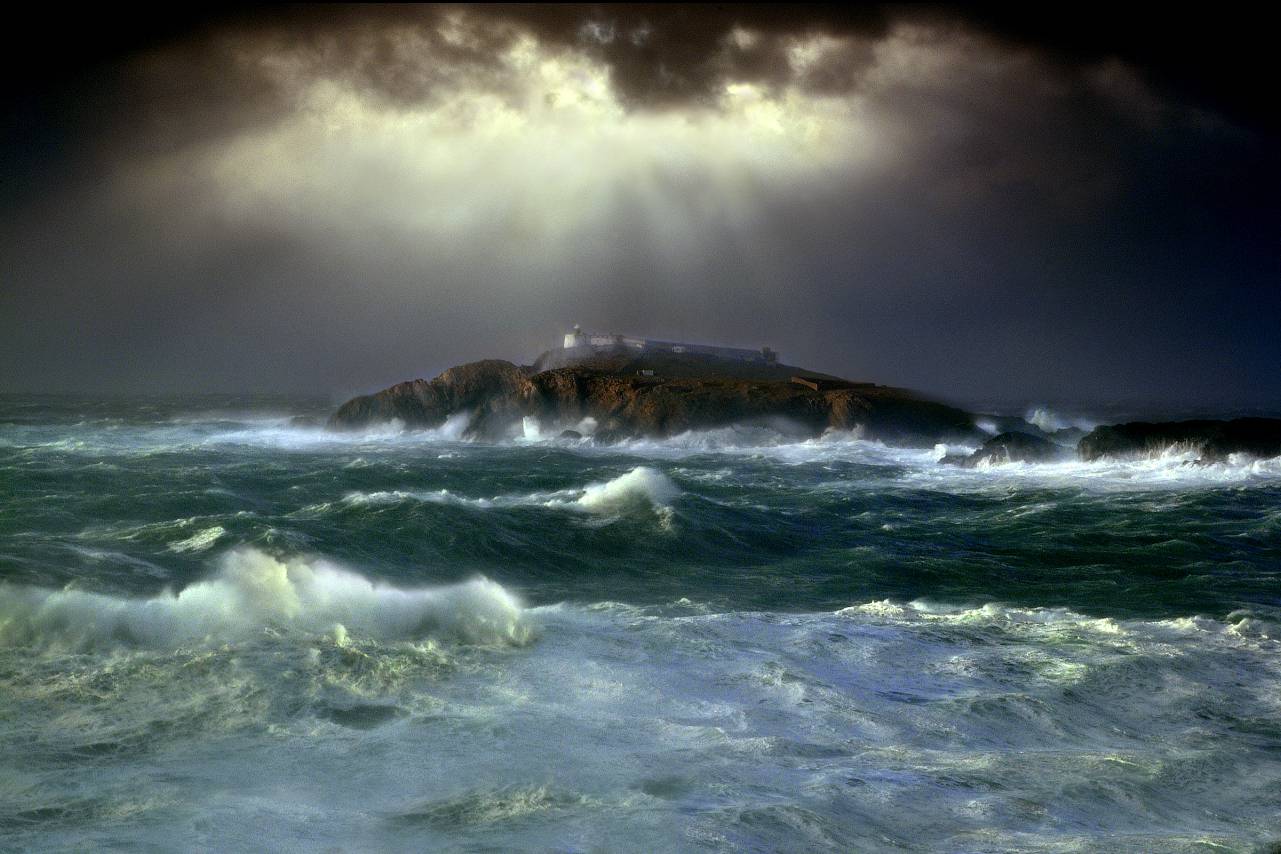 This remarkable image of Eagle Island on a stormy night was taken by the renowned Mayo photographer Eamonn O’Boyle.

In December 1961, nine sailors lost their lives off the Erris coast in an incident that made international headlines. KEITH BOURKE recalls the tragic events of that dark night in Mayo’s history

Last year marked the 60th anniversary of a tragedy that shocked the nation and devastated the families of nine sailors who lost their lives off the Erris coast.

On December 4, 1961, the Dutch coaster, Stientje Mensinga, hit a rock off Eagle Island in the early hours of the morning. The crash sparked a rescue operation that saw six men saved from the sinking boat but in a cruel twist of fate, four Dutch crew members from the Stienje Mesnsinga and five seamen from the German vessel, Maria Schulte, who had attempted to come to their aid, sadly perished.

What could have been a heartwarming tale of a dramatic sea rescue turned to tragedy in horrific weather conditions. SOS messages brought the Arranmore lifeboat tugs and a British navy helicopter from Ballykelly, Co Derry racing to the scene.

The Maria Schulte was in the area and some of its crew bravely attempted to rescue the remaining men from the Stientje Mensinga.

The German vessel launched a lifeboat, but in reality, it was a flimsy craft, and they sought to brave the elements and save their stricken fellow sailors. Tragically, a line to the lifeboat snapped and it was swept away to its doom. Seven of the bodies were later recovered ten miles from the scene.

The recovery operation was described as one of the most extensive ever seen off the Irish coast. A British Royal Air Force plane was called upon, lifeboat crews, fishing vessels, and Belmullet Fire Brigade all responded. All night people from Belmullet kept watch from the shore in the hope that the frail boat might have been driven on to land. The horrendous weather conditions on the night even saw a snowstorm strike.

The death of 16-year old Jorge Mucke left a particular mark at the time. Referred to as ‘The Boy’ by his colleagues, the captain of his ship Johannes Okkens told an inquest held in Belmullet of the youth’s remarkable courage.

Louis Vaneijk, the Chief Engineer of the Stientje Mesinga, told the inquest that they left Foynes in Limerick bound for Derry that morning. He said their ship ran aground just before 4am. The crew did not realise they had hit rocks at first but later saw what they had hit. The Chief Engineer described turbulent weather conditions and when the boat began to take water an SOS message was put out. 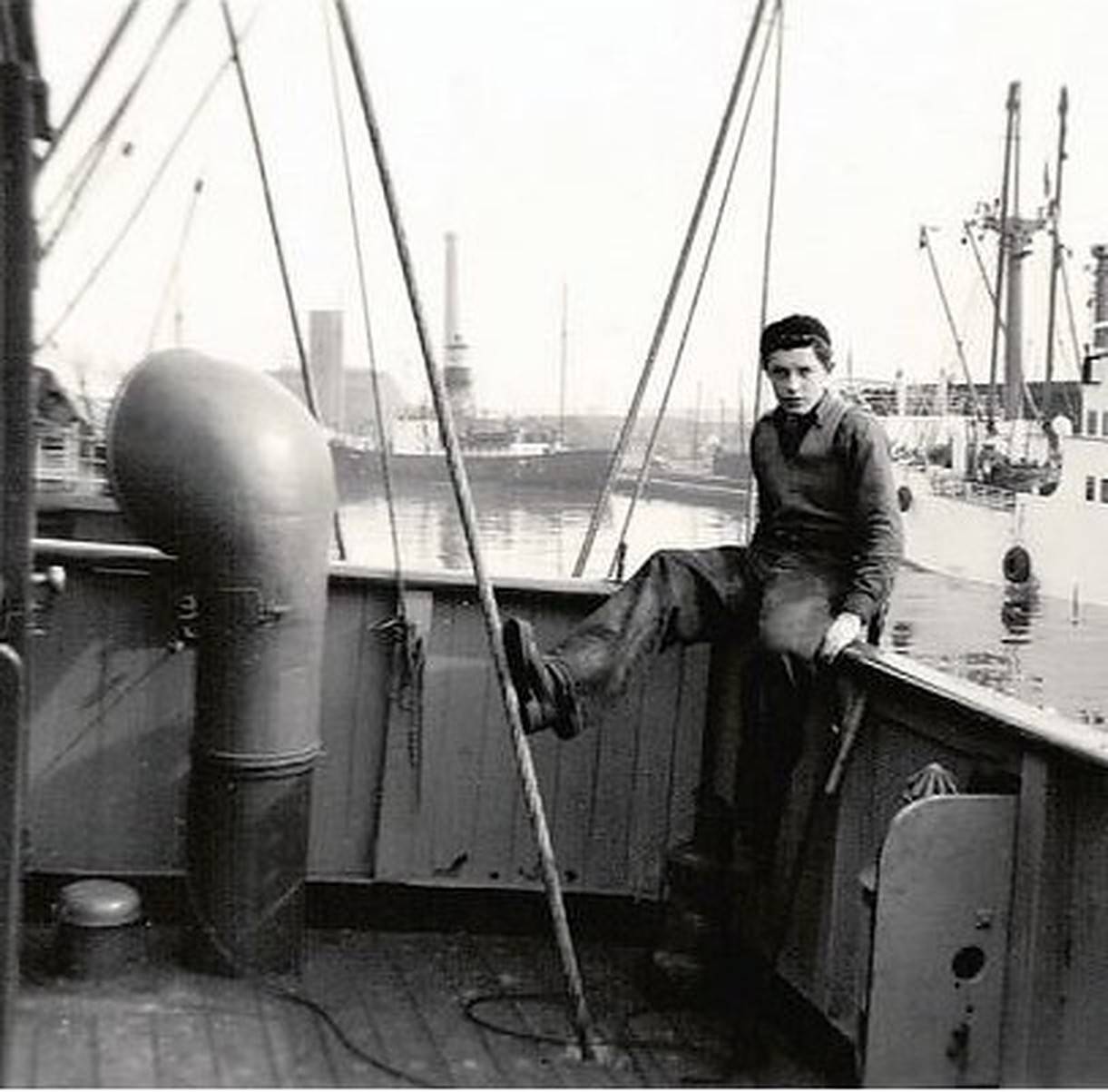 An image taken on board the Stientje Mensinga during a previous journey.

Some of the bodies were recovered at Tiraun Point by local Blacksod farmers who had joined the search for the drowned sailors. John Monaghan, a farmer from Elly-Clogher, told the inquest that he went to the strand to collect sea-rods and saw a body floating in the water. He then saw two more bodies 600 yards away. All the bodies had life belts and were fully clothed save for their shoes.

The inquest was held at Belmullet Hospital where the remains of the seven sailors recovered from the sea were laid out in white shirts and black ties. The bodies of the two missing German sailors were also later recovered and were taken to Germany and the Netherlands for burial.

A plague is being put in place by the Kilmore Rural Social Scheme/Paróiste na Cille Móire Scéim Shóisialta Tuaithe. Family members of some of those who lost their lives in the tragedy planned to travel to Erris for the ceremony in December.

“We thought it was a shame there was nothing there to remember these men,” said Brían MacSuibhne, Supervisor of the scheme.

Brian and local researcher and historian Rosemarie Geraghty have delved into the background of the fatal sea accident and have been in contact with some of the families left behind.

“One of the young German sailors who died was Deltef Utzen who was just 19,” says Brian. “All of the research describes him as a ‘refugee.’ He was actually East German but anyone who came over from East Germany at the time was called a refugee.”

The Stientje Mesinga had played a role in the D-Day landings before being sold to a Dutch shipping company. Brian comes from an RNLI and scuba diving background and remains baffled as to how it ended up in the deadly waters that caused its demise.

“I have dived in the waters where the ship went down and you would never bring a boat into it under any circumstances,” said Brian. “They came in between Eagle and the mainland which for a start is less than 15 metres deep.

“I am guessing that they hit the bottom,” he added. 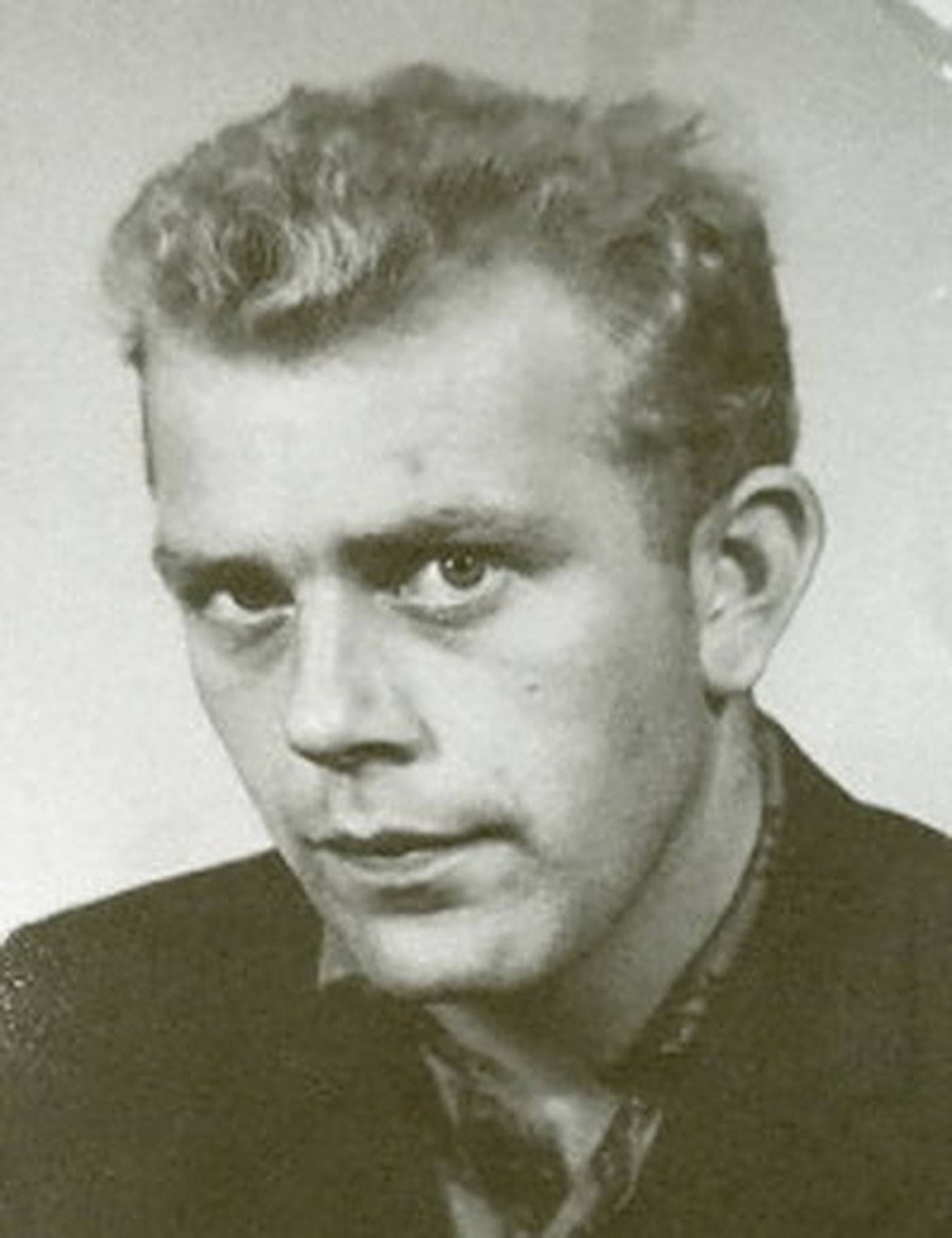 Bastiaan ‘Bas’ van Rijn, the 28-year old engineer, was one of the Dutch seamen who drowned.

In the aftermath of the tragedy, there were calls to increase the life-saving facilities available on the west coast.

It is thought that the Maria Schulte rescue team had actually gotten the Dutch sailors onto their craft before being swept away.

The tragedy is still talked about in Erris today.

“People do remember it – even if they were only children at the time. The body of ‘The Boy’, Jorge Mucke, caused a lot of pain at the time,” says Brian, adding that deaths at sea have left scars in Erris.

“Going back to the drownings at Inishkea [in 1927] and sadly the Rescue 116 tragedy, as well as all the other local people who have been lost, people here do remember. Why this tragedy really strikes a chord is because of the sacrifice that was made by the German sailors, these five young men, and before now there was nothing there to remember them,” said Brian.

The plaque will be put in place at Doonamore directly opposite Eagle Island and will bear the message – ‘Remembering the Souls lost near this place.’