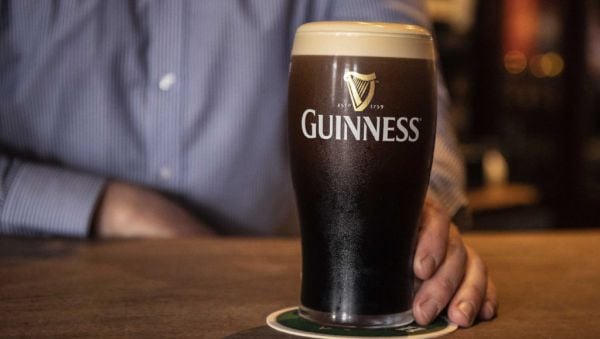 The chief executive of the Restaurants Association of Ireland (RAI), Adrian Cummins has called on the Government to immediately lift restrictions on the hospitality sector.

“We’ve heard for the past two years about the need to follow the public health advice, they should now follow it.”

Businesses that were ready to operate normal trading hours tonight should be allowed to do so, urged Mr Cummins.

There would be parts of the population who would be cautious, which was understandable, he said. But we now had to live with Covid. In the future if there were further variants then the sector would be prepared for that and could reintroduce the Covid cert system.

“Today is a good day for hospitality. It’s now up to the Government to say when we can reopen – today’s the day.”

Mr Cummins also called for financial supports for the sector to be continued for another two months because for 23 months the industry had experienced restrictions.

Hospitality was an industry that had been “economically flattened” by Covid, many will be “on the edge of collapse” when supports are withdrawn, he warned.

Vintners’ Federation of Ireland (VFI) chief executive Padraig Cribben said: “After almost two years of lockdowns and closures our members are ready to fully open from Friday. There’s no need to wait any longer, all restrictions should be removed this weekend.

“Nphet has no objection to a full reopening of pubs so we need to go for it now. Northern Ireland is fully reopening over the coming days, so it’s important we make the same decision.

“While it will take considerable time for the hospitality sector to fully recover from the past two years, this weekend marks a new beginning for the trade.”

Donall O’Keeffe, chief executive of the Licensed Vintners Association (LVA) said: “The news coming from Nphet this evening has been eagerly awaited by the entire hospitality and late night sectors for a long, long time.

“Hopefully the Government will now move swiftly and there will be no delays to the full reopening and the scrapping of hospitality restrictions.”

“Hospitality is ready and waiting to open our doors this weekend. If the Government gives the green light then the recovery of the hospitality and night time sectors could begin as early as Friday night,” he concluded.

Meanwhile, Danny McCoy, the chief executive of Ibec described Nphet’s recommendation on the easing of restrictions as “a very positive development”.

Speaking on RTÉ radio’s Morning Ireland, Mr McCoy said that it was important that the pandemic wage support scheme remain in place as there was a staggered or phased return to the workplace.

The vast majority of businesses would want to keep their staff and would facilitate requests for hybrid working conditions. There was a “very tight” labour market in the country at present and many people had made the decision during the pandemic to live a different lifestyle.

It was important that any moves to return to the workplace not be “a cliff edge”, he urged. There needed to be time to find “a new normal.”

“We’re not talking about wild abandon. It will be a gradual return to the workplace.”