Erris is mourning the loss of shopkeeper and pyrite campaigner Michael Healy.

The passing of Michael, of Corclough West, Belmullet and Healy’s shop, Binghamstown, has stunned and saddened the community.

Michael’s shop was a Binghamstown institution and the plain-speaking businessman was one of the very first people to highlight the pyrite issue in Mayo after his own home was severely impacted. Michael spoke out with determination and emotion and raised much-needed awareness of an issue that has devastated parts of the county.

He was a leading light in his community and Cairde Geata Mór paid tribute to one of their most dedicated members. “The heart of our village has stopped beating,” said the community group. “Michael’s shop in Binghamstown was at the heart of everything. Going in for the morning papers, a coffee, an ice cream on a sunny day or a big shop – Michael was always there to greet you, and he couldn’t do enough for you. Nothing was too much trouble. In particular, during the pandemic his shop was a lifeline for so many. Delivering shopping to people’s homes and making sure the shop was as safe as possible for everyone that came in. He was something special, and it’s incredibly heartbreaking to think we will never see him there again. He was a character, with a very generous heart,” added Cairde Geata Mor.

He will greatly missed by his heart 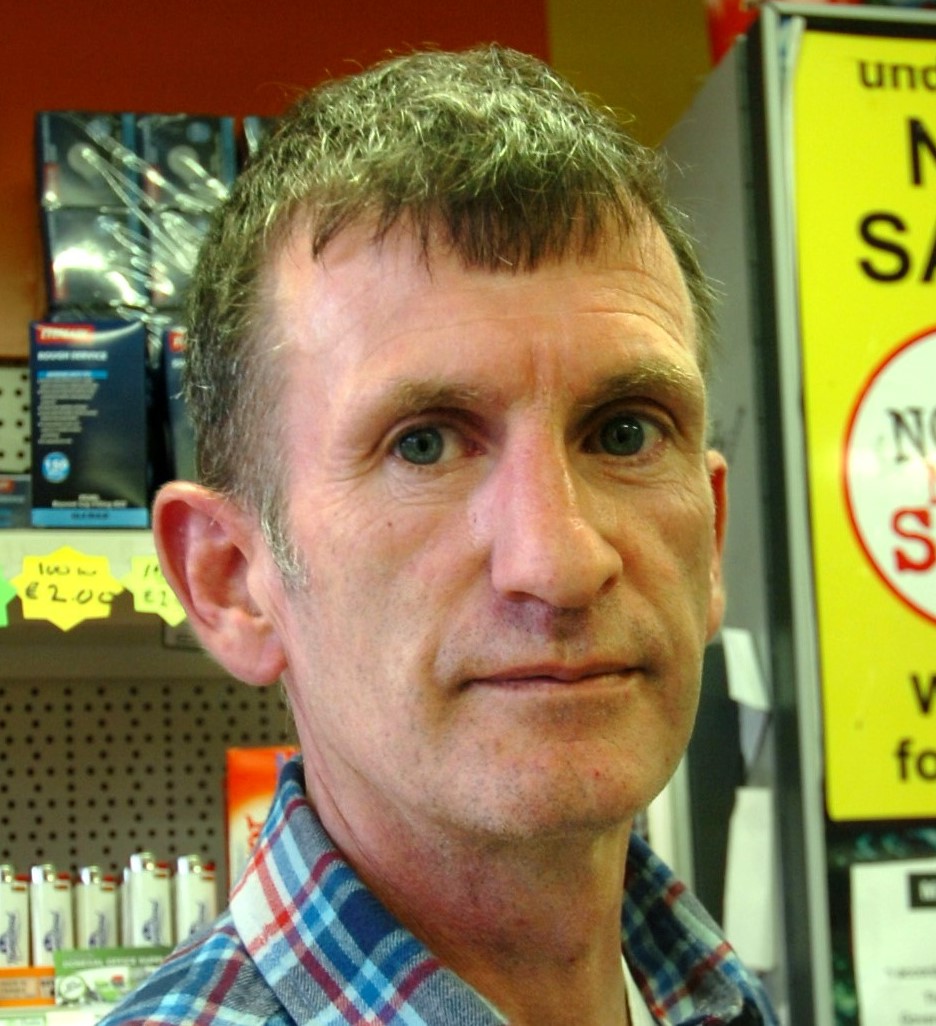 broken family. Michael was a beloved husband of Catherine and dear father of Dan and grandfather of Callum, precious son of Rita and father-in-law to Rhiannon.

Remains will repose at McDonnell’s Funeral Home, Belmullet this evening from 5pm until 7pm with funeral arriving at the Church of the Holy Family, Carne, Belmullet at 8.30pm, Funeral Mass takes place on Friday at 12 noon followed by burial in Cross Cemetery.