Further 40,600 people added to hospital waiting lists in the past year 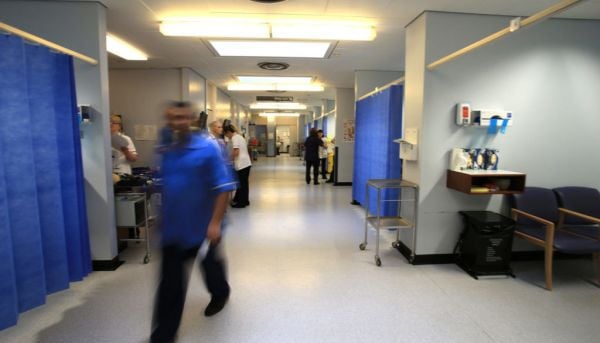 A further 40,600 people were added to hospital waiting lists in past year, according to the latest data released by the National Treatment Purchase Fund (NTPF).

Figures show 114 people were added to hospital waiting lists every day throughout 2021, with over 100 per cent increases in outpatient and inpatient waiting lists at some public hospitals.

According to the Irish Hospital Consultants Association (IHCA), increasing waiting lists come as one in five hospital consultant posts remain vacant or are filled on a temporary basis.

Commenting on the latest NTPF figures, IHCA president Professor Alan Irvine, said:
“More people were waiting for hospital treatment at the end of 2021 than at the start of the year, despite a four-month action plan from Government to address the issue.

“These waiting lists are not being brought under control quick enough and the lack of progress in the past year is really damning.

“Unfortunately, with the recent increases in Covid cases, overcrowding in our emergency departments and widespread cancellation of essential scheduled care and outpatient appointments, there is little prospect of the waiting list coming under control anytime soon.

This is simply not good enough, irrespective of the pressures we are facing during this latest Covid wave.

He continued: “114 people are being added to a waiting list every day in this country – a shocking fact that we cannot ignore and must give serious priority to.

“More worryingly, due to the pressures faced in the system, some of these people will be described erroneously as ‘non-urgent’ cases and have their scheduled appointments cancelled.

“Their conditions will only become more serious and difficult to treat the longer they are left waiting – often in pain, suffering and facing the psychological distress of not knowing when they will be able to receive care.

“It is essential that the Minister Stephen Donnelly delivers on the ‘unambiguous commitment’ he has made repeatedly to restore pay parity for all Consultants contracted since 2012.

“This is crucial if public hospitals are to attract and recruit the highly trained specialists needed to fill the one in five permanent hospital consultant posts across the country that are either vacant or filled on a temporary basis and finally reduce these unacceptable waiting lists.”

Sinn Féin’s spokesperson on health David Cullinane said he was alarmed over the number of people on hospital waiting lists.

He called on the Minister for Health to urgently publish his Waiting List Reduction Plan and the HSE’s 2022 National Service Plan.

“Waiting lists are far above capacity, and the health service is in serious need of investment and reform,” Mr Cullinane said.

The figures published today by the NTPF show that 880,000 people are on hospital waiting lists, higher than the end of the previous year. The Minister’s long-term action plan is urgently needed. 82% of patients on lists are waiting for a first appointment, procedure, or a surgery

“We need to see the detailed plan for 2022, which has yet to be published despite the fact we are now two weeks into the new year,” he added.

“The Minister for Health must show leadership and act decisively to tackle waiting lists. He must publish his plan.

“The delays in publishing the long-term waiting list plan and the national service plan for 2022 show a concerning lack of urgency.”

Saving €500 a month to make consumers as little as €1.63 in yearly interest