An appeal has been issued for information in relation to a robbery that occurred at a farmyard in Knockmore early in the new year.

The property is owned by a local farmer who used it to store substantial sheep handling equipment and other farming related equipment.

The owner discovered the burglary himself as he drove past the property at Coolcronan at 12.30am on Sunday night, January 2. 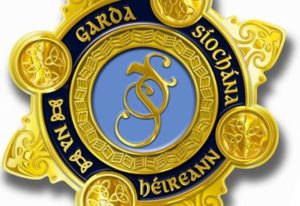 The farmyard gate was open and on further investigation it was discovered that much of the property on site had been taken including a trailer, the sheep handling equipment and a power washer.

The estimated value of the stolen goods runs to several thousand Euros.

The gardai were immediately notified and an investigation is ongoing.

It is understood that information is being sought in particular in relation to a short wheel base, light blue Ford Transit van that was captured towing a trailer similar to the one that was taken on CCTV.

The victim has extended his thanks to the many local businesses and organisations that have supported him by spreading the word of the crime in recent days.

If you have information in relation to this vehicle or noticed any persons or vehicles behaving in a suspicious manner in the Coolcronan/Knockmore areas in the late hours of Saturday, January 1 or early hours of Sunday, January 2 please contact Ballina Garda Station on (096) 20560 or the Garda Confidential Line on 1800 666 111.