Covid: 18,904 new cases as HSE tackles wave with ‘one arm tied behind back’ 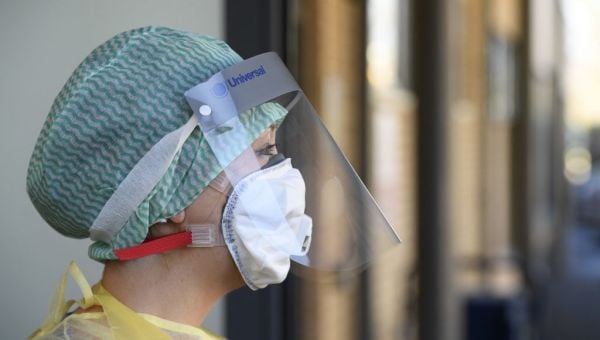 A further 18,904 cases of Covid-19 have been confirmed on Thursday as more than 1,000 people remain in hospital with the disease.

The number of people in hospital with Covid-19 continues to increase but the pace of admissions has slowed, the HSE chief executive said.

Paul Reid noted the number of people with the virus in ICU has dropped by 2 per cent in the last week.

However, the volume of cases and pace of the rise over the last few weeks continues to put a strain on health services.

Mr Reid said it is having a huge effect on health workers, with almost 15,000 staff off work.

“It is really like tackling this wave with one arm tied behind our back, because currently that number is still holding around that figure but obviously we do expect to see an improvement over the next while,” Mr Reid said.

He added there have been a few significant positive indicators.

“We are seeing a much lower level of hospitalisations in proportion to the daily case numbers that we would have seen in previous waves and previous variants,” Mr Reid added.

“Secondly, the window of opportunity that we did have, prior to Christmas to vaccinate the particularly vulnerable elements of the population, has put us in stronger stead throughout this wave and has reduced the numbers of hospitalisations post-Christmas.”

He said the number of people admitted to ICU has remained stable, preventing the HSE from going into the surge capacity.

Mr Reid also said the HSE is seeing a “significant and reasonable decrease” in the number of GP referrals sending people for PCR tests.

Of the 1,011 patients in hospital, 40 per cent of them are not fully vaccinated.

Of the 92 people in ICU, at least 48 per cent are not fully vaccinated.

Some 30 per cent of people in hospital with Covid-19 were admitted for another illness, which Mr Reid said was a “significant” increase compared to previous numbers.

He said it is almost two years since the HSE commissioned its national crisis management team to deal with Covid and during that time, it has dealt with five waves of Covid and a cyber-attack which lasted 16 weeks.

No one will thank you for turning up if you’re sick.

Stay at home and get a test to protect yourself and others from #COVID19.#StaySafe | #ForUsAll pic.twitter.com/uGWAhqcGAu

He said more than 10 million PCR tests have been carried out and 10 million vaccines have been administered since the onset of the pandemic.

“We are seeing a significant increase in terms of the number of outbreaks, we now have 160 total new outbreak locations,” Ms O’Connor added.

Almost 30 per cent of facilities for older people are dealing with an outbreak of the virus.

HSE chief clinical officer Dr Colm Henry said the number of Covid-19 cases has increased by 400 per cent since the beginning of December.

Dr Henry said there has been a rise in case numbers among all age groups, and one in 16 people have had a positive PCR test in the last two weeks.

He also said there has been an “extraordinary jump” in the number of new confirmed cases among hospital staff, with more than 2,000.

“The evidence supporting this is gathering pace,” he added.

“The overall level of risk to public health is still rated as very high in this because of the huge case numbers, and even if they’re translated in a lower ratio to hospitalisation and ICU, it still represents considerable threat to healthcare systems across Europe.”