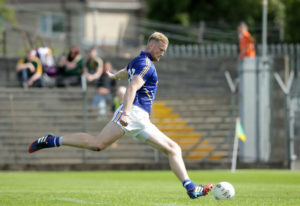 Conor McGraynor, seen scoring one of the two penalties he put past Meath in their 2015 Leinster SFC clash with Wicklow, has signed for Westport.

The Westport footballers have received a significant boost in their quest to win a first-ever Mayo senior championship in 2022 with the transfer of ace Wicklow forward Conor McGraynor to the St Patrick’s Park outfit.

McGraynor, who made his senior championship debut for the Garden County when only 17-years-old, won a Sigerson Cup title in 2015 playing alongside Mayo’s Diarmuid O’Connor for DCU.

Now living in Westport and working in recruitment, he has opted to transfer from his home club Avondale to Westport, who have been semi-finalists in the Mayo SFC for the past two seasons.

McGraynor opted out of the Wicklow panel ahead of the 2020 campaign and spoke at the time about his disillusionment with how players from the so-called ‘weaker counties’ are treated by the GAA.

“My decision to leave has nothing to do with being in Division 4 or this new Tier 2, it is just that this has become a professional sport, and we’re not treated like professionals down here,” said McGraynor. 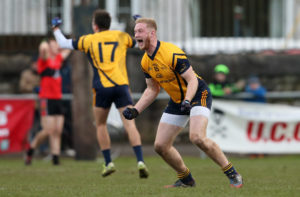 Conor McGraynor won a Sigerson Cup alongside Mayo’s Diarmuid O’Connor with DCU in 2015.

McGraynor had only just sat his Leaving Certificate and already played National League football when Mick O’Dwyer handed the teenager his championship debut against Kildare in the 2011 Leinster SFC quarter-finals. Later that summer he scored 1-1 to help knock Sligo out of the All-Ireland Qualifiers.

Now aged 28, whether the full-forward is a player who could pique the interest of Mayo manager James Horan is questionable. However, McGraynor is on record as saying Mayo selector Ciaran McDonald is his favourite Gaelic footballer of all time!

The GAA approved his transfer to Westport on Friday.