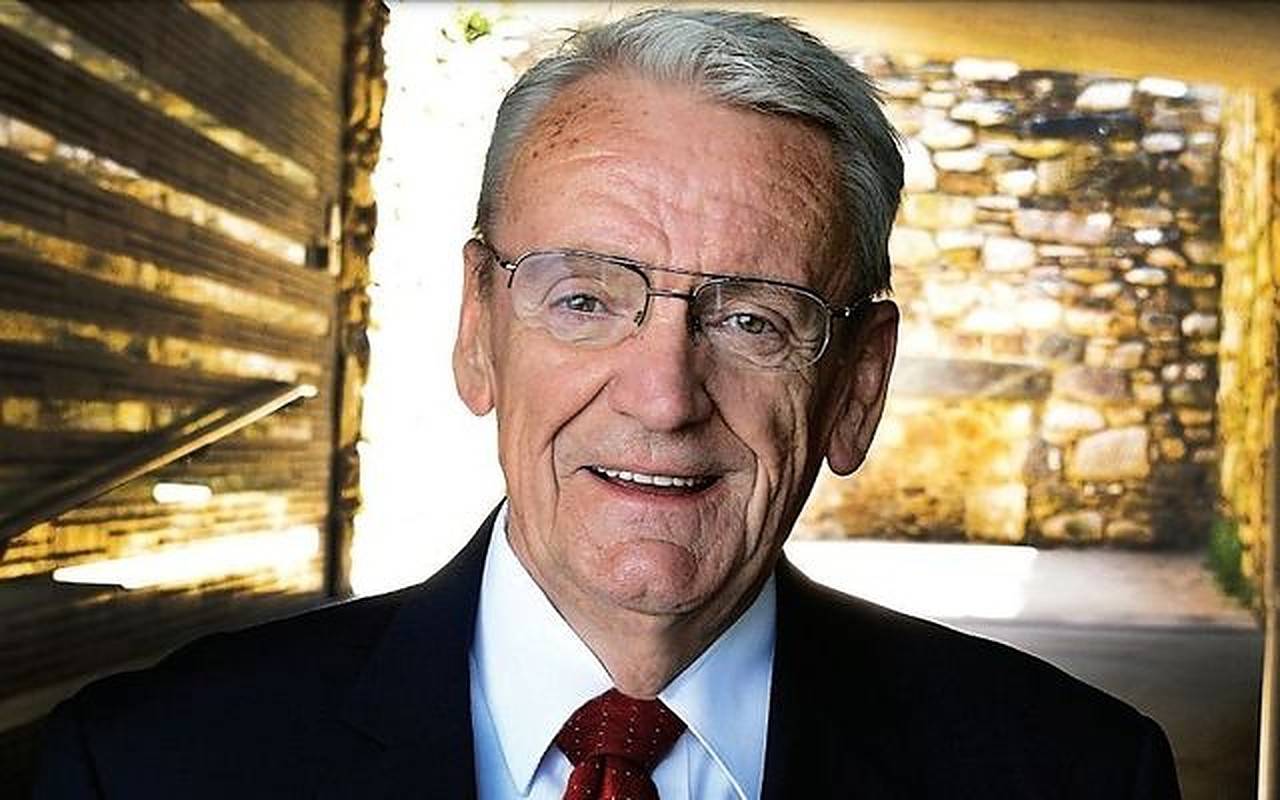 Adrian Flannelly has been the voice and advocate for generations of Irish people in the US.

A Mayo man who moved to New York as a callow teenager has gone on to become one of the most powerful advocates for the Irish in the United States.

Adrian Flannelly has become a hugely successful broadcaster and has used his influence and reach to become a voice and champion for the Irish people in America.

Hosting his own radio show for more than 50 years, the Attymass native utilised this platform to do far more than just entertain people. He has been dedicated to raising issues of concern to the Irish-American community. He helped to secure and deliver tens of thousands of visa lottery applications and has been a dedicated advocate for the reform of US immigration laws. His efforts on behalf of applicants during the Donnelly and Morrison visa programs resulted in legalising thousands of undocumented Irish in the 1980s and 1990s.

Adrian continues to use his popular radio show to push for reform. The 79-year old was presented with a 2021 Presidential Distinguished Service Award for his incredible contributions.

The man christened the ‘Dean of the Irish Community’ by the New York Daily News packed his bags for the Big Apple in 1959 when he was just 17.

“When I came I didn’t know if I was coming for a month or a year or a lifetime. It turned out to be the latter,” Adrian told the Western People. “I had visions of New York as being this shiny city where the streets were paved with gold and for the first few months that I was here it felt like that.

“I arrived on a Sunday and by Monday morning I met more Irish people on my first day in America than I probably would in almost a lifetime back home. Then there were uncles and cousins galore over there. My uncle Paul O’Dwyer from Bohola had lined up a job for me as a messenger on the New York Stock Exchange,” Adrian said.

However, after a few months on Wall Street, Adrian was lured by music and he began a career as a melodeon player in an Irish dance hall. This was his first real taste of the entertainment business and the Mayo man was bitten by the bug.

“I was there in the dancehalls when the likes of The Clancy Brothers were getting going. They changed the whole Irish music scene in America,” he remarks.

Adrian began volunteering in the radio stations that featured Irish programming and identified a niche that was not being catered for. There was a distinct lack of live and direct news from Ireland.

“The way I sold it is that we could get the Clancy Brothers, the Wolfe Tones, to come on the programmes live.”

His determination and a Mayo connection helped Adrian’s broadcasting ambitions become a reality.

“I would volunteer and pitch in if somebody was on vacation or sick. I nudged my way in. The man who gave me my real break was Brendan Ward from Foxford. Brendan was an amazing bandleader and musician and he had played with a lot of the major bands of the time. He started a radio programme and thanks to the wink and the nod and the neighbour’s child, Brendan gave me a segment to present whatever I wanted on his programme,” Adrian recalls.

This was the beginning of a stellar career that has seen Adrian interview global leaders and politicians, movie stars, and famous faces from the world of music and sport. He knew the Irish immigrant experience first-hand and when his community got into difficulty, Adrian was there to support the undocumented Irish who found themselves trapped in menial jobs and feared jail or deportation. 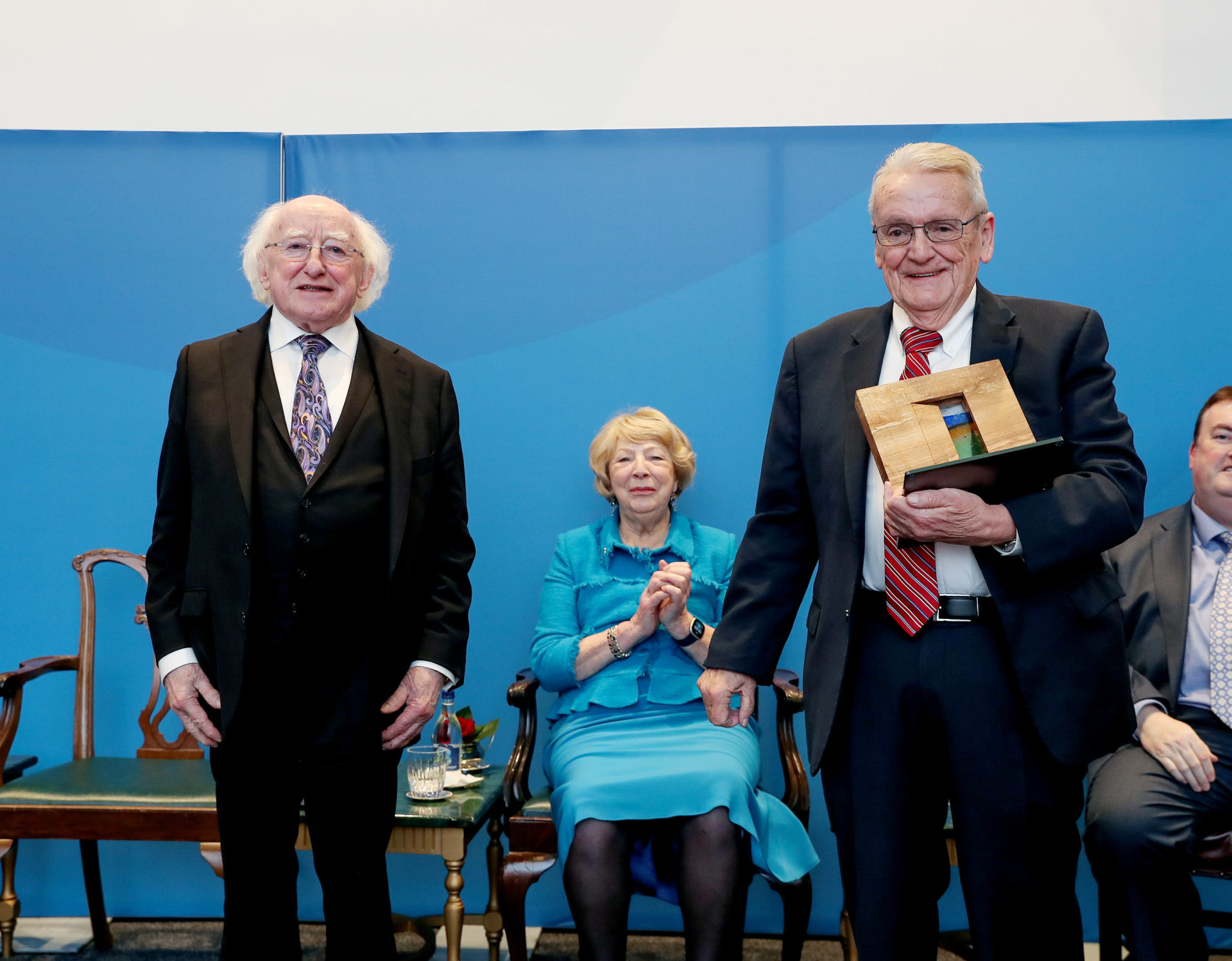 He was to the forefront in creating the Donnelly and Morrison visa programs, called after the two Congressmen, Brian Donnelly from Massachusetts and Bruce Morrison from Connecticut, who pushed the bills through Congress.

Around the time his Irish Radio USA show had about a million listeners right across the United States.

“That gave me a profile and I was able to reach politicians all over the country,” says Adrian. “When the immigration issue came to the fore I had a vehicle to help. I was able to say, ‘Want to get documented?’, we can help. We tried to educate people on how to become permanent citizens.”

In association with Midwest Radio in his native Mayo, Adrian and his team even went so far as to gather and receive tens of thousands of visa applications from Irish people and delivered them to the post office destination outside Washington where they were processed.

“I would say to people, ‘send your applications to me. Send them here and I guarantee they won’t go anywhere else but from here directly to Washington and we know our way around there.’ It is estimated that somewhere between 30 to 40,00 people got Green Cards at their time. I was the middle man. I wouldn’t class myself as a leader but I facilitated those that made it happen,” he says.

Flannelly also played a leading role in the creation of the Irish Hunger Memorial in Battery Park City. He urged then-Governor George Pataki to create a memorial to the Irish famine victims on one of the most prized parts of real estate in New York.

“It might not sound like George Pataki had much Irish in him but his grandmother came from Ireland. I was Irish liaison to him at the time and he had the say in the distribution of space in Battery Park City in Manhattan. At that time, the ground space alone was worth more than a billion dollars.”

The broadcaster’s fingerprints are also all over the move that saw an authentic Irish famine cottage from Carradoogan in his native Attymass transplanted to the ‘City That Never Sleeps.’

Flannelly also served as the Irish representative for New York Mayor Michael Bloomberg during his three terms in office. His show is still going strong and boasts a considerable online audience.

“It’s a long way from the gramophone in Attymass,” he jokes.