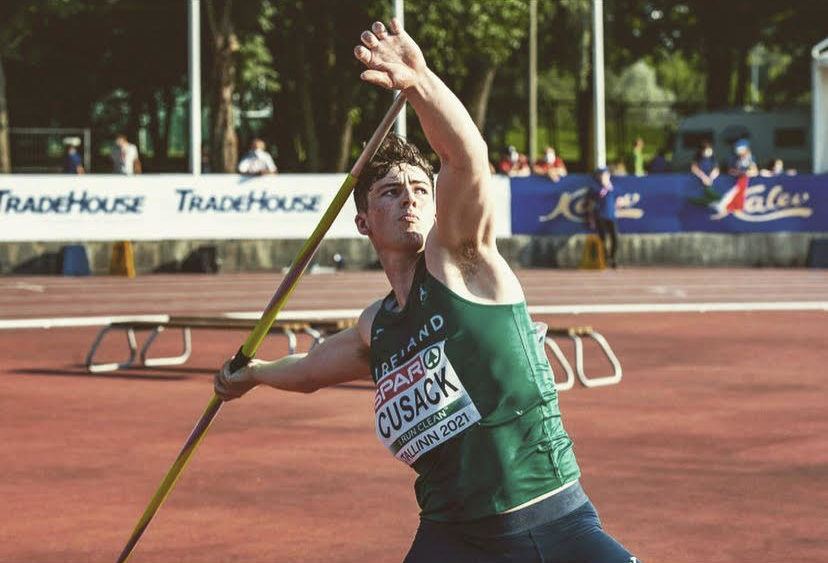 Lake District AC’s Conor Cusack has been named as Connacht’s ‘Thrower of the Year’.

Mayo athletes enjoyed a successful night at the inaugural Connacht Athletes of the Year awards, announced virtually this week by Connacht Athletics.
Belmullet native Sinead Diver was named Connacht Female Athlete of the Year, recognition for her brilliant tenth-placed finish in the marathon at the Tokyo Olympics this summer.
Mayo AC member Diver, running in the colours of her adopted Australia, surged through the field in the final third of the race despite the sweltering heat to record the top-ten finish, a sensational result for an athlete running in her first Olympics at the age of 44. She was unanimously awarded the Female Athlete of the Year prize by the panel of 15 athletics experts, seeing off the competition of two more stars of Mayo athletics, Ballinrobe hurdler and world relay silver medalist Sarah Quinn and Swinford throwing sensation Michaela Walsh.
The Male Athlete of the Year award went to Cian McPhilips of Longford, who won European U20 gold in the 1500m with a new Irish record and made the semi-finals of the European indoor championships in the 800m. 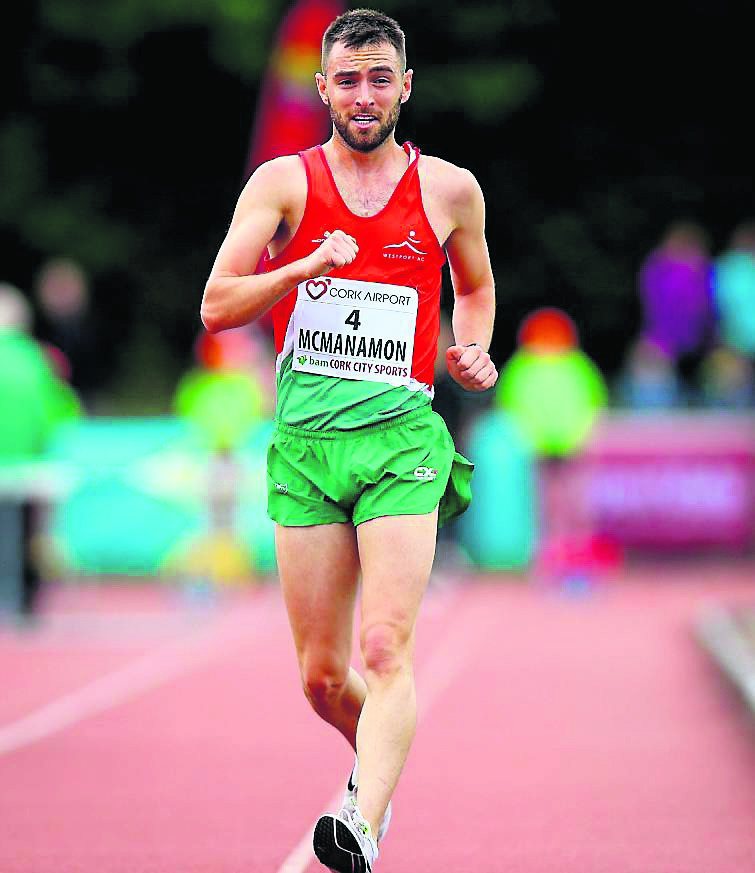 Westport AC’s Cian McManamon is to receive the Olive Loughnane Medal as Connacht Race Walker of the Year.

He beat off strong opposition from two Tokyo Olympic relay finalists in Chris O’Donnell (North Sligo) and Cillín Greene (Galway City Harriers), who had the consolation of sharing the Paul Hession Medal for the Connacht Sprinter of the Year.
Meanwhile, Keelan Kilrehill of Moy Valley AC was voted Connacht Male Cross-Country Runner of the Year in recognition of his efforts as part of the Irish team that claimed team gold at the European Championships last weekend, while Westport’s Freya Renton was named the Female Cross-Country Runner of the Year after winning two national underage cross-country titles in 2021. Freya, incredibly, has never been beaten in a cross-country race.
Another Westport AC member, Cian McManamon, received the Olive Loughnane Medal to Connacht Race Walker of the Year. All-rounder Louise King, of St Colman’s AC in South Mayo, won the Mary Barrett Medal for the Connacht Multi-Eventer of the Year. Another South Mayo athlete, Conor Cusack of the Lake District AC, scooped the Martin Sheridan Medal as Connacht Thrower of the Year.
Two coaches shared the John McDonnell Connacht Coach of the Year award, itself named after a Mayo-born giant of US college athletics coaching, who passed away earlier this year. Philip Finnerty was recognised for his Trojan efforts with Moy Valley AC and Brendan Glynn of NUI Galway and Galway City Harriers was recognised for his major impact in raising the level of Connacht sprinting, including having a hand in two of the mixed relay team in Tokyo as well as coach to Sarah Quinn. 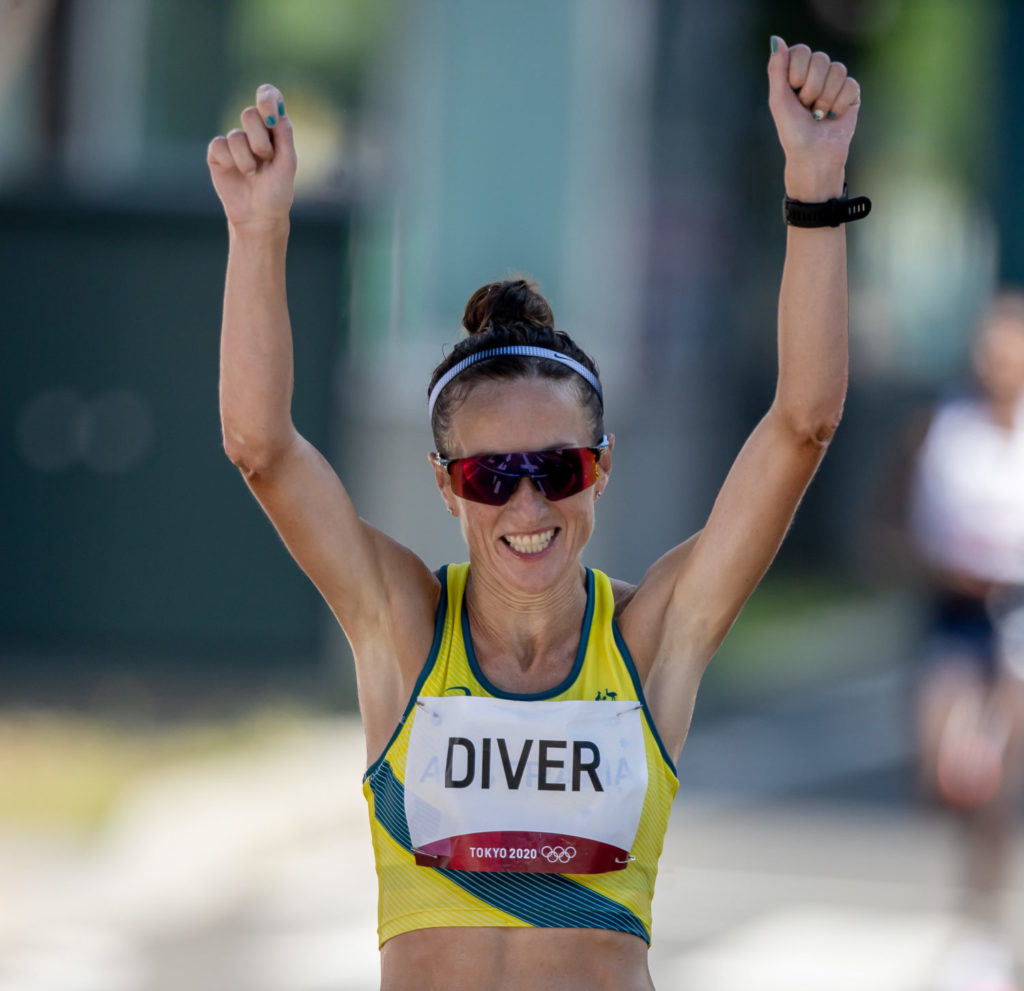 Sinead Diver has been named as Connacht’s ‘Athlete of the Year’.

It was a night of huge success all-round for Moy Valley, as the Ballina-based club, along with the awards won by Kilrehill and Finnerty, was also named joint-Connacht Club of the Year alongside Craughwell.
Elsewhere, the Connacht U20 Male and Female Athletes of the Year awards were taken home by Galway’s Robert McDonnell and Sligo’s Erin Taheny. The U18 awards went to Liam Shaw of Athenry and Galway jumper Angela Cielecka.
The Masters awards went to two long-serving stalwarts of the sport at national level – Kathryn Casserly from Castlegar and the evergreen Sean Breathnach.
The Hall of Fame award for significant contributions to Connacht Athletics went to former Connacht Council Chairman Michael O’Brien of Carrick-on-Shannon, who has fulfilled numerous roles within the sport and was a founding member of the very successful Carrick-on-Shannon Athletics Club in Leitrim.
The Fr Kevin Ryle award for the Connacht Official of the Year was shared between Connacht Council Secretary Amanda Hynes of Swinford and Athenry’s Iain Shaw.
The Development Club of the Year went to the popular newcomers Loch Lurgan, who were only established in 2018 but already have 150 members, the best-dressed athletes in the province and numerous athletes qualified at national level.
The Mary Cullen Medal to the Connacht Distance Athlete of the Year went to Cian McPhillips and the Billy Glynn Medal to the Connacht Jumper of the Year was won by Evan Hallinan of Craughwell.
The Pride of Connacht Athletics Inspiration Award was shared by Jessica Burke (Galway City Harriers) and Craughwell’s Shauna Bocquet.
The awards will be presented in a glittering ceremony on zoom in early January with lots of special guests already confirmed.