Ballinrobe’s Mr Football ticks another one off the list 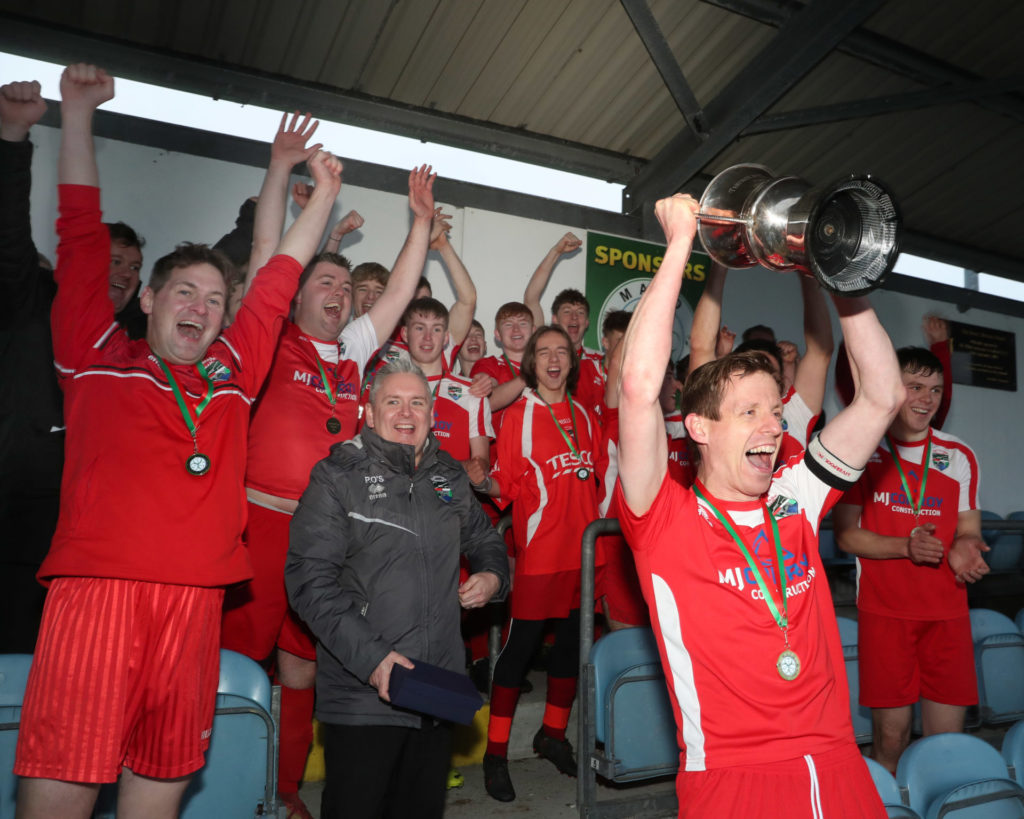 O’Gorman has long been regarded as one of the deadliest strikers in Mayo soccer but as he said himself a few minutes later, of all the trophies he’s won over an illustrious career, this one, a first-ever with his home club, carried that bit more meaning.
O’Gorman was centrally involved in bringing the South Mayo club back into the ranks of adult soccer this year, serving as team captain and mentor to an incredibly young group of players. He said getting to lift a trophy at Milebush was the perfect way to finish out the campaign.
“I’ve never won a trophy with Ballinrobe. So today is very special for myself,” said O’Gorman.
“Getting involved this year was massive, getting a junior team back together. Not just for myself – I’m nearly hitting 40! – but for the younger lads out there. They were turning 18 and there was no junior club to play for.
“So it’s massive for me, and I hope the young lads will really enjoy it and keep working and bring it forward. It’s a great day for the club. It’s been 20 years since we last won a cup, a long time for a town of Ballinrobe’s stature. So it’s a great day.”
The cup success rounded out an excellent first season back at adult level, one which has already seen Town secure promotion to League One for the 2022 season.
“We’ll certainly take it,” offered O’Gorman. “A lot of these players aren’t even 18 yet. To adapt as they did in League Two was great. There were a few results there against Westport C, a great side, that we were a bit disappointed with but if someone said we would get promotion and win a cup at the start of the season, I would have absolutely taken their hand off.”
Reflecting on the final itself, which Town won courtesy of a first-half goal from O’Gorman’s strike partner Liam Burke, the captain said the character shown by the backline in the face of intense Celtic pressure in the second half had been the key to the victory.
“I thought our back four were outstanding,” he said. “I thought we started okay in the first half. We’ll reflect back, certainly in the second half we weren’t as good as we know we can be. We weren’t taking that extra second to hold the ball, maybe a little bit of panic was kicking in. 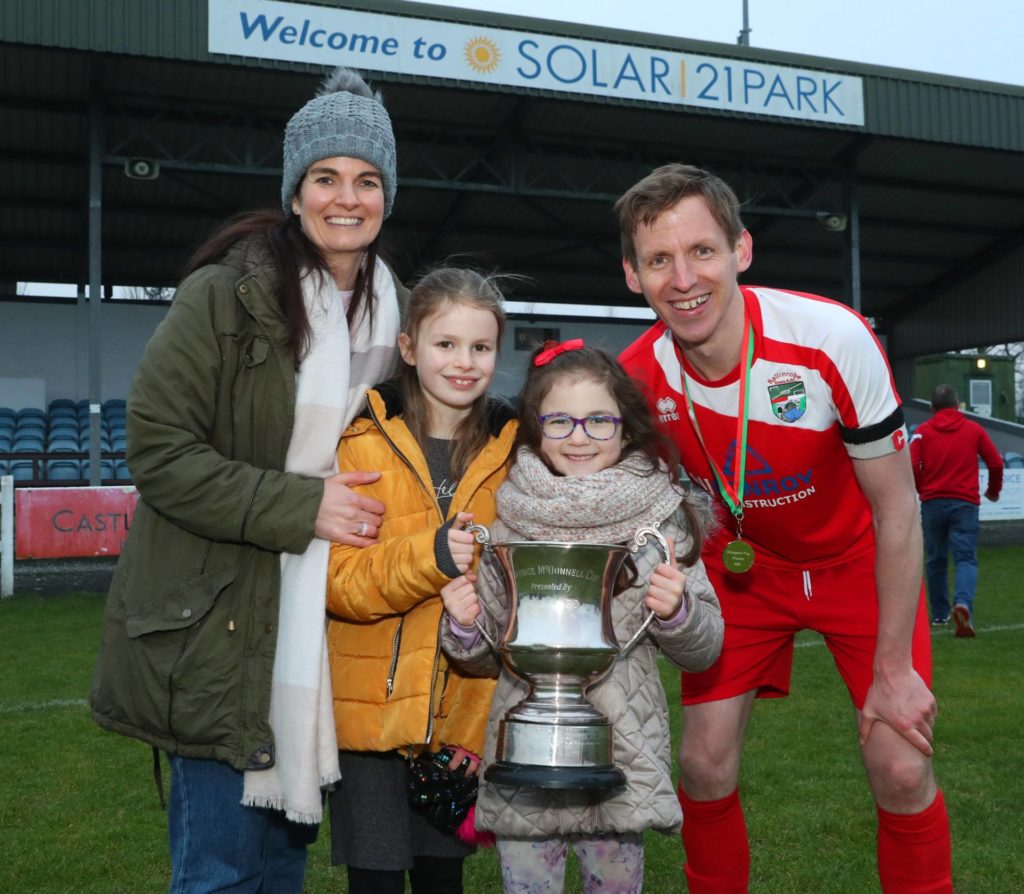 JP O’Gorman, captain of Ballinrobe Town, with Lily, Faith and Emily O’Gorman after the South Mayo side lifted the McDonnell Cup on Sunday after a 1-0 victory over Castlebar Celtic ‘B’ at Solar 21 Park. Picture: Michael Donnelly

“But the average age of that back four, I think the eldest of them is only 18. Zac Collins came on there for Celtic and really caused us some problems but Adam Walsh was outstanding against him. Gillan Jennings, Ryan Corcoran, and James Marrey were outstanding, they really marshalled it. And Pat Finnegan in goals, what a save there at the end.
“Iarla Killeen had a great clearance off the line too; I was cramped up and down in the far corner at that stage!
“I’ve had two cup finals with Ballinrobe and we lost both of them and that is something that still sticks with me. There were moments today when you felt that an equaliser from Celtic was coming but our back four had no give, they fought to the very last whistle.”
For O’Gorman himself, to win a cup with his boyhood club after years away, playing and prospering with other clubs around the county, clearly carried an extra resonance.
“It’s really hard to explain,” he said. “When I left Ballinrobe for Westport in 2012, that was difficult to do. I had great success with Westport and Ballyglass even, but it was always something I hadn’t ticked off the list, to win something with Ballinrobe.
“To think I’m back, definitely coming up on the end of my years, but to win something today, to see the young lads step up, that’s what it’s all about. To see the lads step up and be leaders, I’ll take that all day.”