With the 2022 inter-county GAA season just a matter of weeks away, the exact details of the opening fixtures in the Connacht FBD Senior Football League have just been finalised, so too those in the Connacht Hurling League. 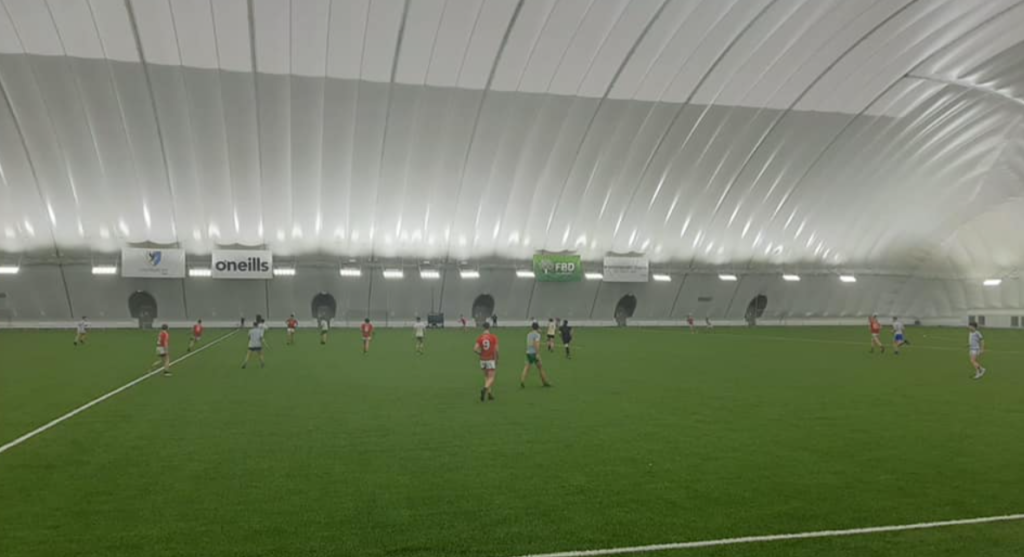 The latest measures to curb the spread of Covid-19 mean no spectators will be allowed to attend the FBD Connacht League matches being placed in the Air Dome in January.

All of the games are set to take place in the newly christened NUI Galway Connacht GAA Air Dome and every single one of them will be streamed live on connachtgaa.ie. That will be especially welcomed by supporters given the fact that no supporters will now be allowed to attend any of the games due to the restrictions on indoor events that were imposed by the Government yesterday (Friday).

All games have been scheduled for evening time but no indoor events after 8pm are open to the public under the new measures.

There had been an expectation that up to 2,000 supporters may have been able to watch games in the Air Dome. If the games were being played during the afternoon, capacity would have been limited to 50 per cent, or 1,000 people (whichever figure is lower). 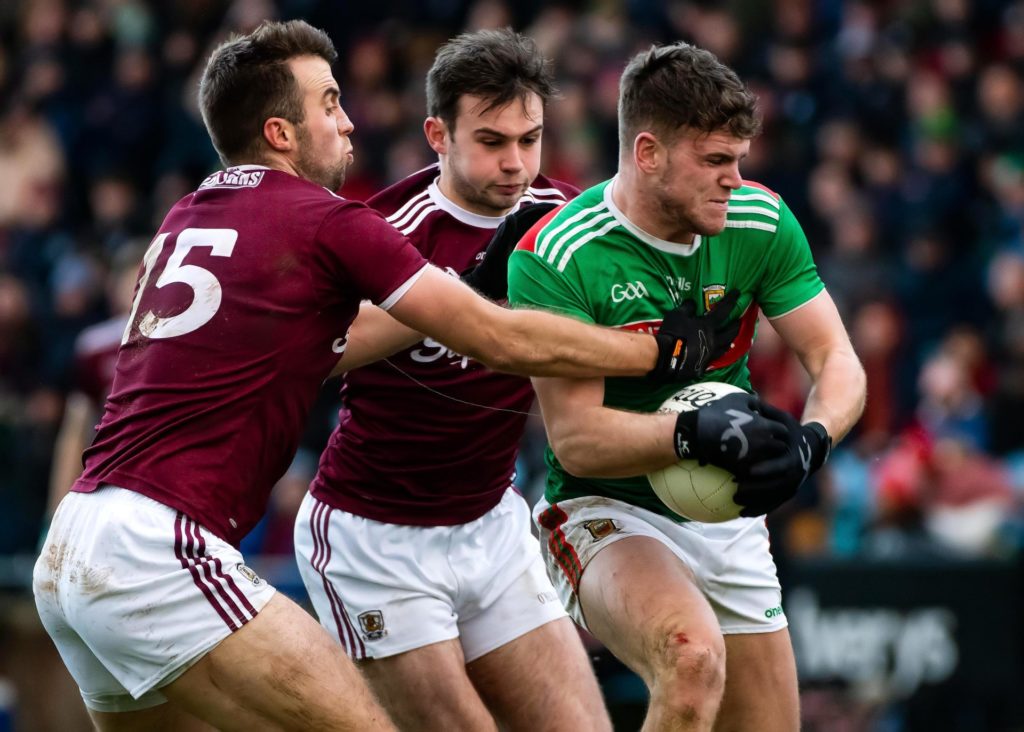 Mayo’s Jordan Flynn with Cillian McDaid and Paul Conroy of Galway during the FBD League clash on January 12, 2020. Almost a full two years will have passed since Mayo’s last FBD fixture when the old rivals clash in the Air Dome on the first Friday in January. Picture: INPHO/Evan Logan

Mayo and Galway will contest the FBD League semi-final on Friday, January 7 but the first competitive inter-county match to take place in the Air Dome will actually be three days before that, on Tuesday, January 4 as Leitrim and Sligo clash in the preliminary round. The winners of that game will face Roscommon in the semi-final on Saturday, January 8. All three games will throw-in at 7.30pm, as will the final which goes ahead on Friday, January 14.

The Connacht Hurling League doesn’t get underway until Tuesday, January 18 when both semi-finals will be played consecutively. The meeting of Mayo and Sligo is at 7pm and Leitrim and Roscommon throws in at 8.15pm. The winners and losers will contest cup and shield finals on Friday, January 21.