No ‘Heane, no gain: Charting the rise of Mayo’s newest champions 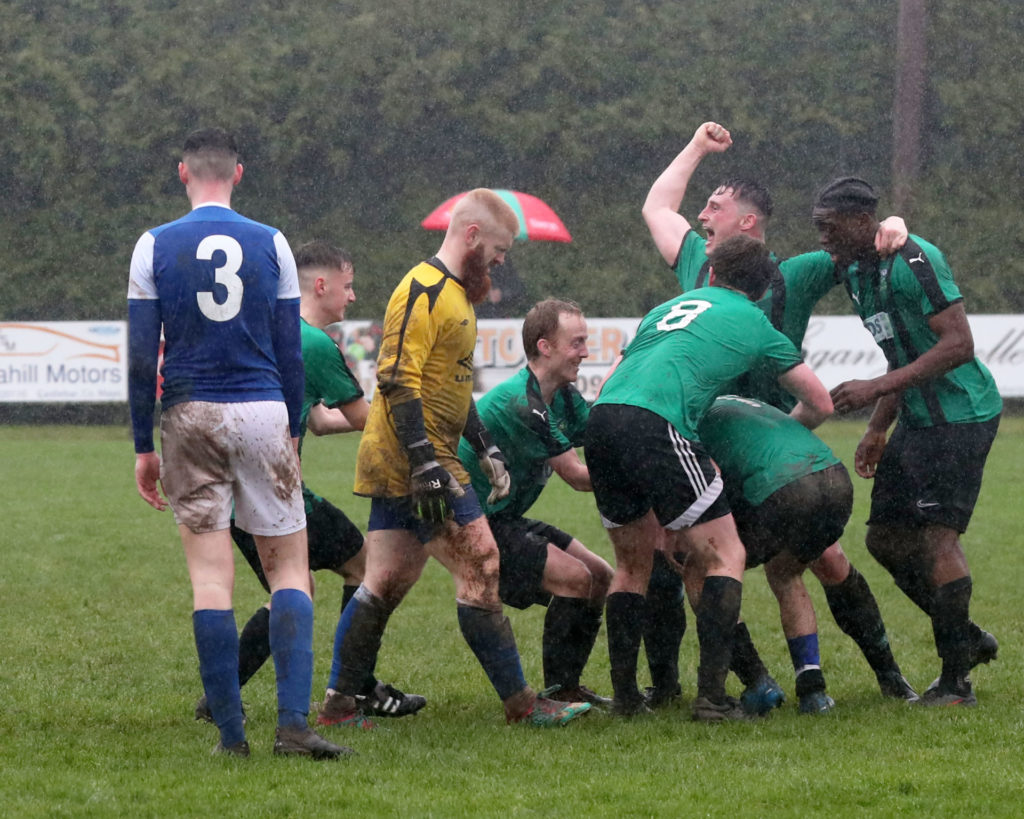 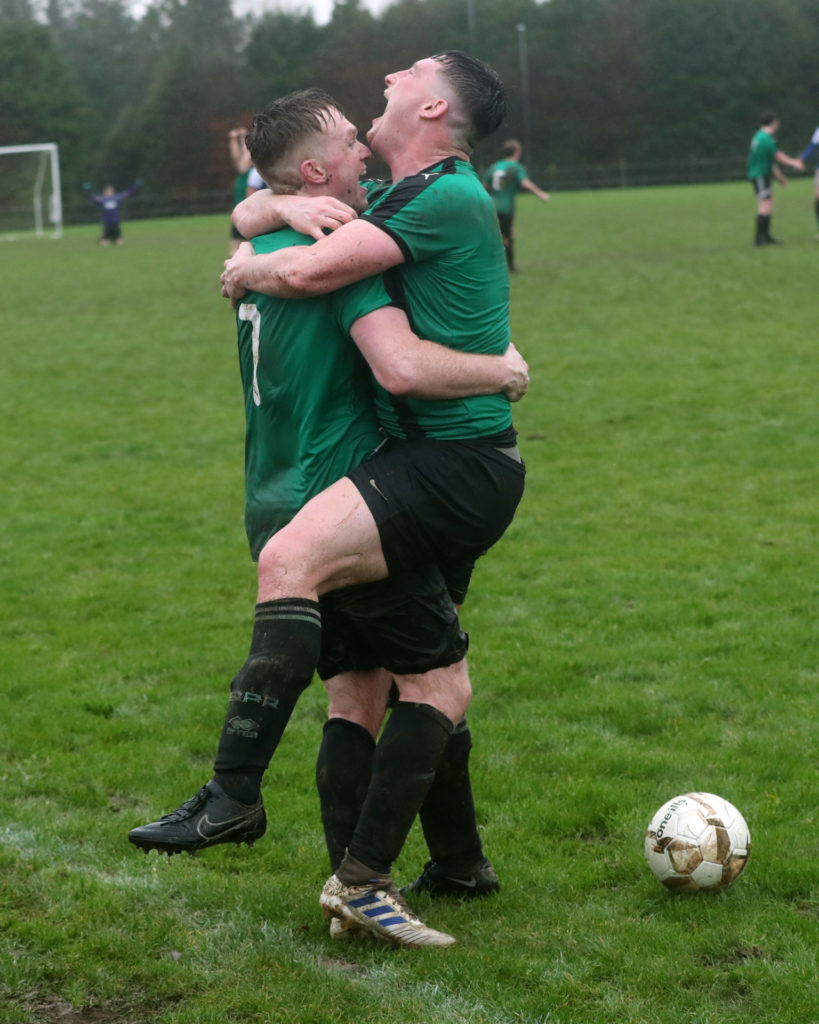 You can’t say I didn’t warn you. Back in July, in the Western People’s Super League preview supplement, I suggested that this could be the year of the underdog. The Edge of the Box column from that particular edition listed Ballyheane, Claremorris and Manulla as potential destinations for the Tom Kelly Perpetual Cup this season and isn’t it lovely to be right for a change?
Where this writer erred, however, is in my suggestion that these underdogs could only bark loudest if the big dogs above them were to falter. While this certainly did happen – and the likes of Castlebar Celtic and Westport United had a lot of results they will want to forget – Ballyheane earned their league title win truly on their own merit, not from capitalising on the shakiness of others.
Of course, if you ask any of the lads from that rural club nestled along the N84 between Castlebar and Ballinrobe, they will tell you that their goal was to stay in the division this year. It became sort of a motto for them throughout the season, a pointed jab at all those who doubted their potential.
It was no surprise to hear them give a rousing chorus of “We are staying up, we are staying up” as they danced around outside Manulla clubhouse on Sunday with their hands on that coveted trophy.
They certainly are staying up. Ballyheane showed that they are more than capable of becoming a force, not just in this county, but further afield throughout this season. People have compared their success here locally to Leicester City’s famous Premier League triumph. I make reference to Leicester below but they are two different scenarios. Leicester were picked apart in the years following that win but from what I can see, the lads in Ballyheane have fully bought into what Ashley Stevenson and Joe Redmond have plotted.
I cannot envisage a situation where it takes Ballyheane a number of years to get near the top table again. They are far better placed for a prolonged period of success over the next couple of seasons. But let us not burden them talk of the future, their moment is now. One of the key factors in their title push this year has been consistency. Consistency in performance, team selection and ultimately, consistency in winning matches.
Here is a whistlestop look at five crucial results that ensured Ballyheane were successful in their pursuit of the Super League title.

In the 2015/16 season, Aston Villa took a 2-0 lead over Leicester City in Premier League but surrendered to a 3-2 defeat. Leicester went on to win the league that year and Villa were relegated. Although Ballina Town are far from the drop, they will probably feel that Ballyheane’s comeback in this game in Week 1 went a long way in deciding the title. 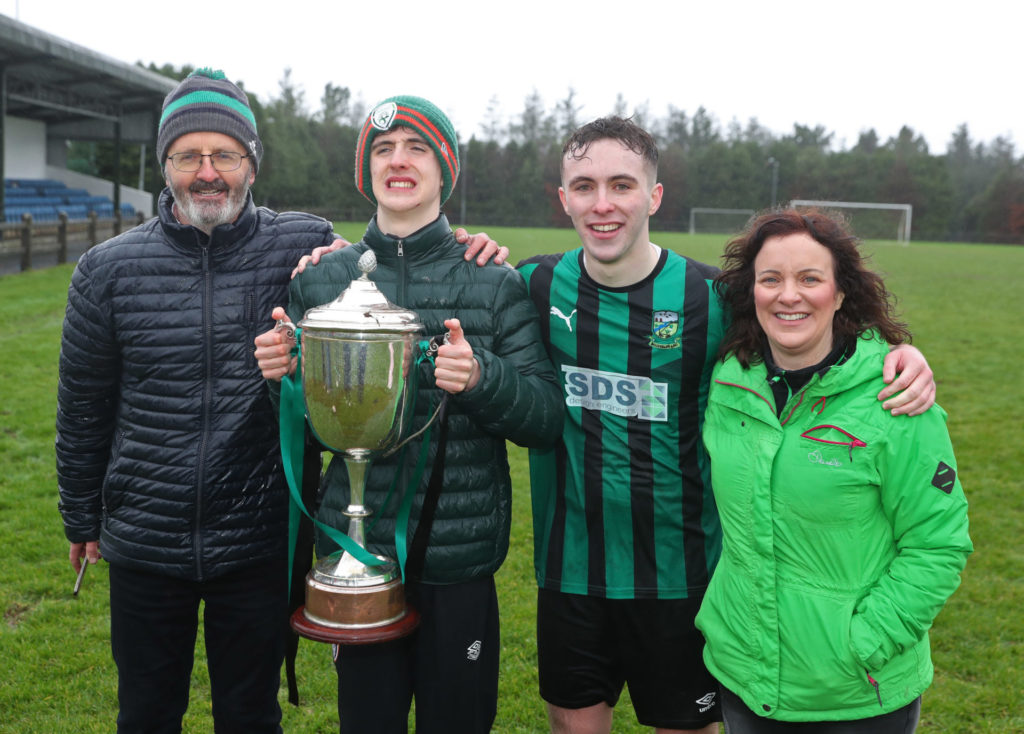 The Ludden family celebrate with the Super League trophy after Ballyheane’s victory over Manulla, a result which sealed a first-ever title for the Quigley Park club. Picture: Michael Donnelly

After winning the first four games of the season, it looked as though the jig was up for the supposedly unstoppable Ballyheane juggernaut as time began to run out against Ballyglass, particularly after Paddy Bourke’s goal was chalked off in the 87th minute for offside. But two minutes later, Ben Edeh finished off Jack Rochford’s cross to keep their run going.

A gap opens up
Ballyheane 3-0 Manulla:

Ballyheane opened up a five-point gap between themselves and their nearest rivals at the time, Manulla, with a comprehensive 3-0 win at home over the Blues. A fine Liam Irwin free-kick, a goal from Nathan Reilly Doyle and a Jack Rochford penalty helped Ballyheane put down a big marker for their title ambitions. At this stage, it is fair to say that everyone was beginning to sit up and take notice of Ballyheane.

It wasn’t a great season for Castlebar Celtic by any stretch and their mid-season misery was compounded further with a heavy loss to the champions-elect. Nathan Reilly Doyle scored a brace with further goals from Paddy Bourke and Jack Rochford.

Getting the job done
Manulla 1-2 Ballyheane:

Finally, on Sunday, Ballyheane wrapped up the Super League title in somewhat dramatic fashion. A late Manulla goal threatened to make them the Nicholas Latifi to Ballyheane’s Hamilton, but Ashley Stevenson’s side raced on to the finish line and came away with the trophy they truly deserved, given the brilliant work put in all season. They lifted the cup in front of what was essentially the entire parish, who had travelled over to see them play.