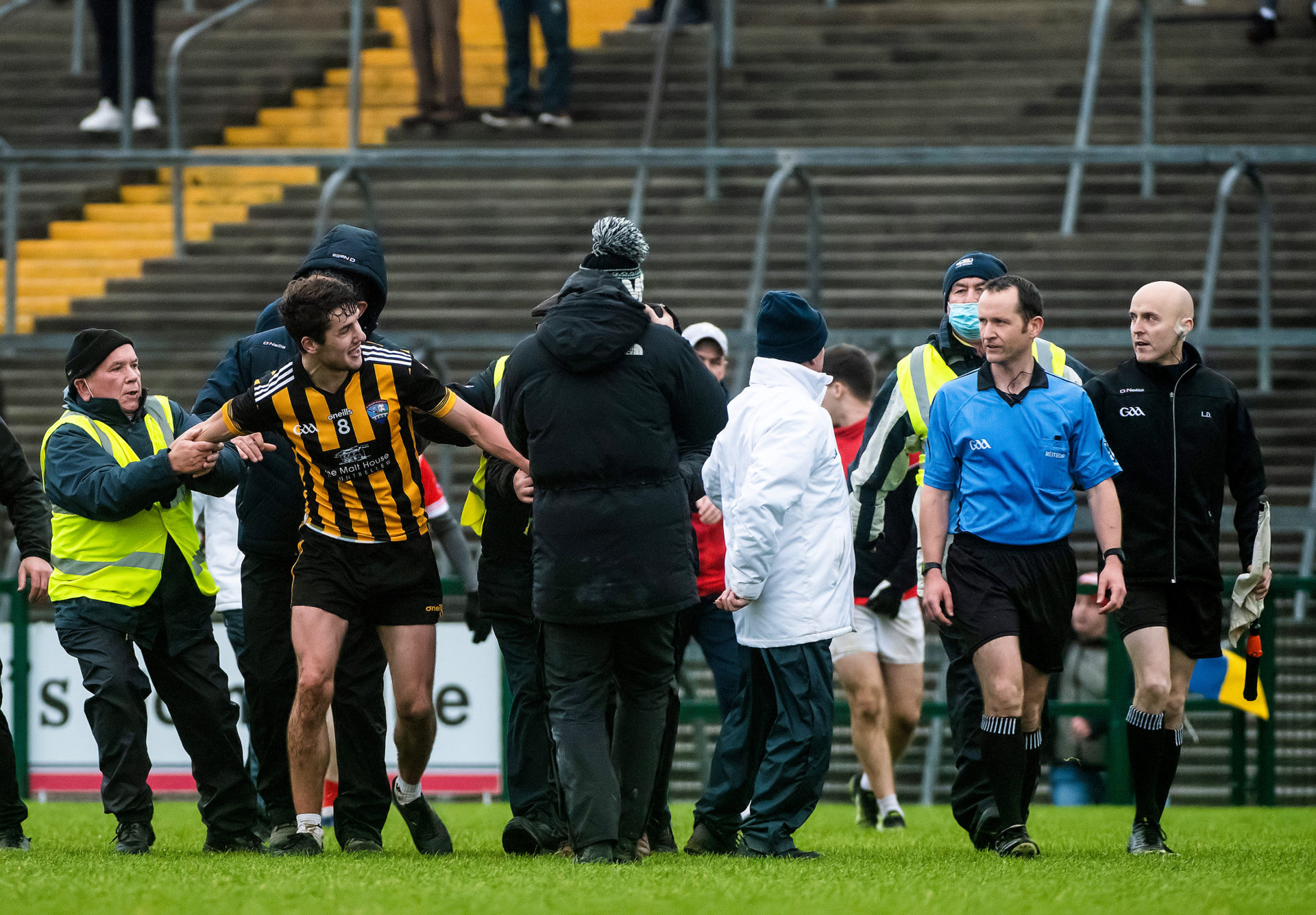 Mayo senior champions Knockmore will contest the Connacht Club SFC final against Padraig Pearses in Ballina on Saturday, January 8 after the Roscommon champions produced an upset to defeat Galway’s Mountbellew-Moylough in their refixed semi-final at Dr Hyde Park on Saturday afternoon.

Pearses won out on a scoreline of 1-8 to 1-7, with substitute Tom Butler landing the winning point for the Roscommon men deep into second-half injury time to seal their place in the final. Pearses last contested a Connacht final in 2019, when they were defeated by Corofin. Knockmore, meanwhile, haven’t been in a provincial final since they won the third and latest of their Connacht titles in 1996.

There were some unsavoury scenes at the full-time whistle in the Hyde as angry Mountbellew-Moylough players surrounded the referee, Mayo’s Jerome Henry, to protest at what they perceived to be poor decisions on his part. The Castlebar Mitchels clubman had to be escorted from the field by match stewards.

Meanwhile, Mayo intermediate champions Mayo Gaels just missed out on a place in the Connacht final as they were beaten by Galway’s Naomh Anna Leitir Moir in their Connacht Club IFC semi-final in Pearse Stadium.

The Gaels thought they had the game won deep in injury-time when John Gallagher fired the ball to the net but the goal was chalked off for a square ball, and the Connemara club went on to claim the victory in extra-time. They will meet St Faithleach’s of Roscommon in the Connacht final early in the new year.