The first-ever edition of the Bohola Moy Davitts GAA Club Annual has hit the shelves this week. 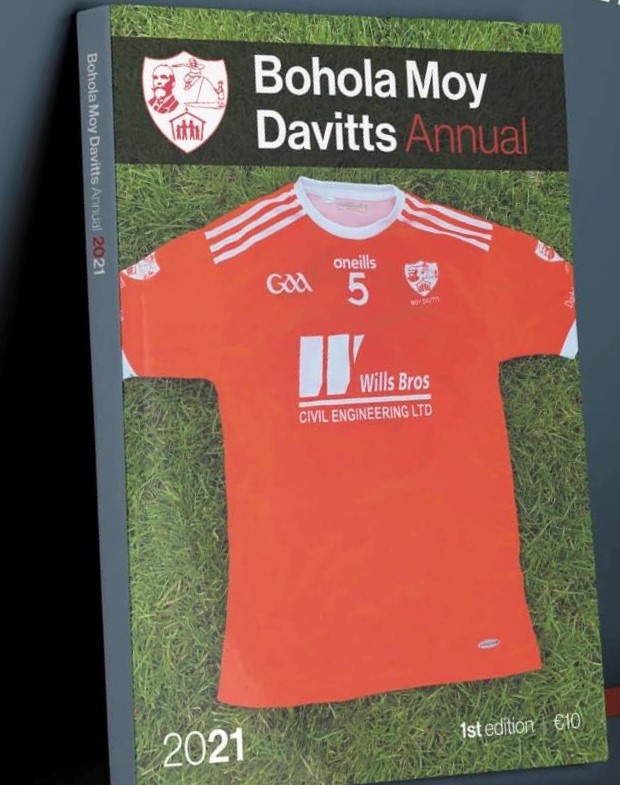 This stunning 108-page glossy publication is jam-packed full of interviews, stories, reports and pictures from the numerous teams that represented the club in 2021 as well as all other activities that took place in the club throughout the year.

There is also a special feature on the year the club was formed, 1974, including loads of nostalgia and extensive coverage of the club’s first-ever team that reached that year’s county junior football final. Played between Christmas Day and New Year’s Day, Bohola were eventually beaten by an Islandeady team that featured the future Taoiseach, Enda Kenny. It was a game that earned Mayo County Board record gate receipts for the county junior football final.
Priced at only €10, copies are expected to sell extremely fast so be sure to get your hands on one as quickly as possible from any of the following outlets: Clarke’s, Bohola; Reape’s Auto Service, Foxford; Gannon’s Shop, Foxford; O’Hara’s Centra, Foxford; McGloin’s Gala, Foxford; Clive’s Butcher Shop, Foxford; Applegreen, Foxford; The Copper Beech, Straide; McHale’s Service Station, Ballyvary; Ballyvary Post Office.