Two men from the West were selected on the 2021 PFAI First Division Team of the Year.

Westport’s Paul Doyle and Corofin’s Marc Ludden were picked by their peers in what was a great year for both men.

Doyle starred for UCD as the Students gained promotion to the Premier Division, while Ludden was exceptional at left-back for Treaty United. 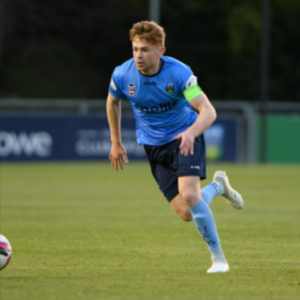 Doyle was excellent in the middle of the park for UCD and scored a late goal to make it 2-0 against Bray Wanderers in First Division Play-Off final.

Ludden had a point to prove after leaving Galway United at the end of last season having played with his native club for over seven years, and he certainly did prove it. The 31-year-old left-back was phenomenal for Treaty this season, but they were defeated 4-2 on agg. in the First Division Promotion Play-Off semi-finals against Doyle’s UCD. 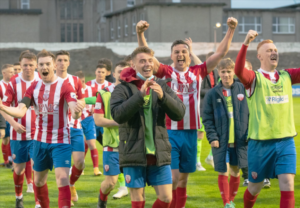 The full team is below:

The PFAI made a highlight video to announce the team, that can be watched below: