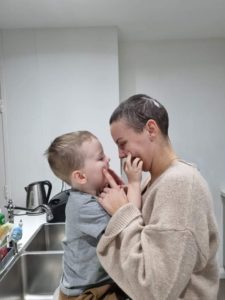 Ballinrobe native Meabh Feerick with her son Noah. At just 25, Meabh was diagnosed with
advanced and aggressive melanoma. She describes the health system in Ireland as ‘a mess’.

The passing of a young Mayo mother who won the hearts of the nation has evoked great sadness throughout the county.

Meabh had returned home with her four-year-old son, Noah, just last June after receiving a terminal cancer diagnosis while living and working in Homebush, Sydney, Australia. She was diagnosed with advanced and aggressive melanoma, a form of cancer, in December 2020.

Meabh had received extensive treatment following the devastating diagnosis, undergoing extensive head and neck surgery in Australia as well as a hip replacement to remove some of the tumours but this, coupled with immunotherapy treatment, did not yield the much hoped-for results.

In an interview with the Western People, Meabh bravely went public with delays in her treatment in the Irish health system after her return to Ireland and Mayo. She said she had experienced ‘disaster after disaster’ in her care due to the HSE cyberattack. 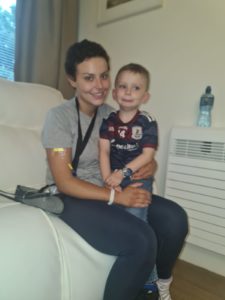 “I brought all my files, scans, etc home on a USB with all the information from my doctors in Australia. However, when I brought them to doctors here, they couldn’t read them or access them because of the Cyberattack on the HSE. As a result I had to have all the scans and x-rays done again but I was told this would take six to eight weeks. For someone with my diagnosis, this was devastating. There was such a backlog in the system, there was no room for me to be booked in for tests and scans. The whole thing was really scary and we kept hitting brick walls.”

Following the publication of her story, Meabh appeared on national radio stations, TV shows and national newspapers telling her story adding: “I really don’t want this to happen to any other person.” 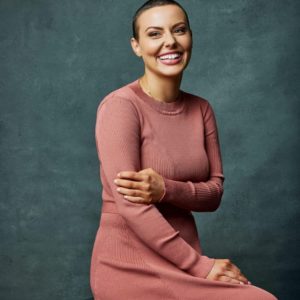 Eventually, Meabh was given five months to live. Over the past few months she has spent precious time with her family in Ballinrobe but most especially with her son, Noah, whom she described as the best thing to ever happen to her. “I have set up an email address that I have emailed notes and photos to. I have tried to do handprints and things like that, taking photos and making videos of us together to make sure he has a piece of his mum as well.”

Meabh’s strength, determination and positive attitude to all that life had thrown at her will surely live on for many decades to come.