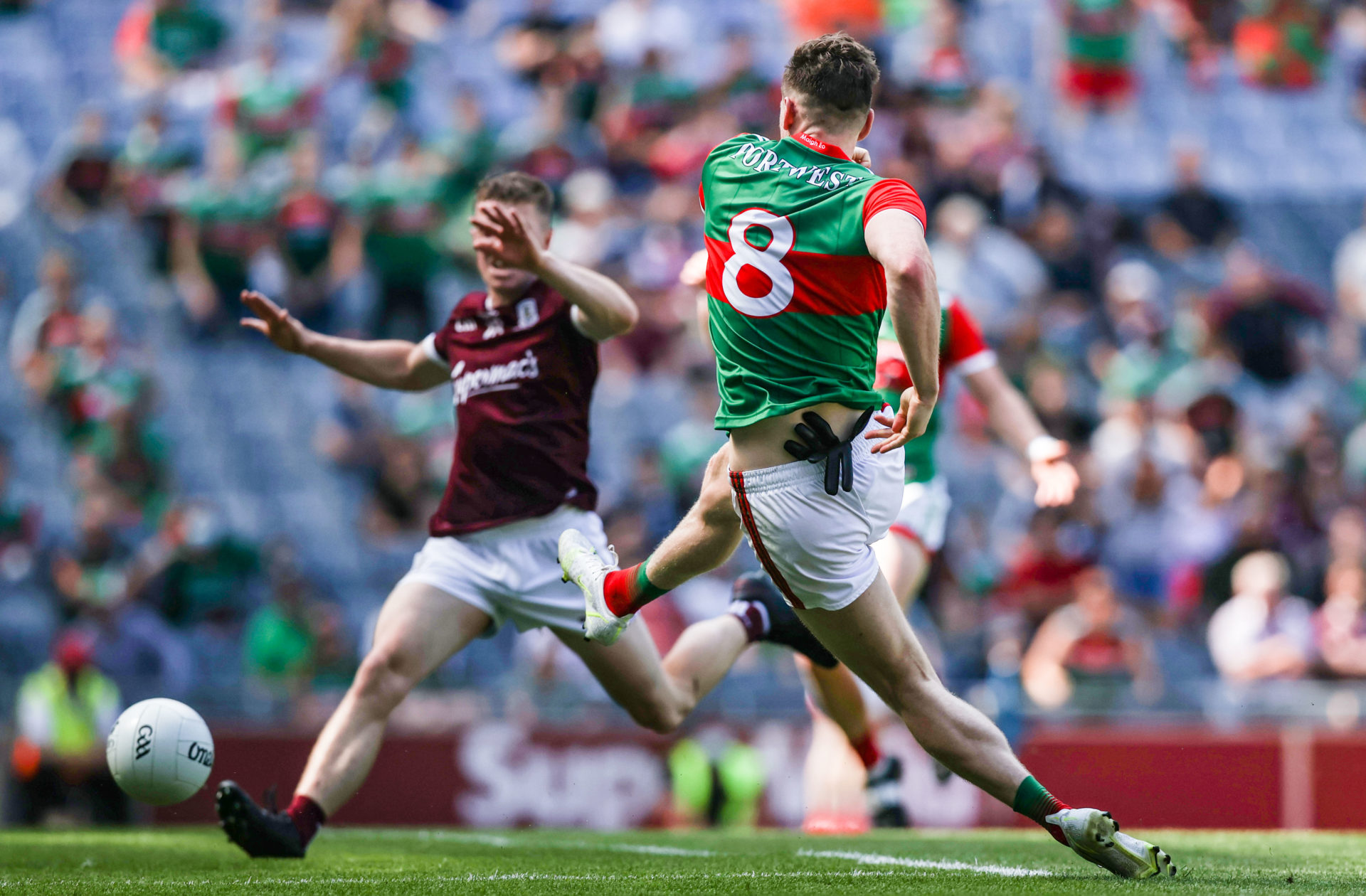 Mayo’s Matthew Ruane scores a goal in this year’s Connacht final win over Galway. The old rivals will meet again in the first round of next year’s Connacht SFCchampionship. Picture: INPHO/Tommy Dickson

The draw for the 2022 Connacht senior football championship has paired the province’s two most successful counties, Mayo and Galway, against one another in the opening game of the championship next summer.

The draw, which was conducted on RTE Radio 1 this afternoon, pitted the two traditional rivals against one another in a Connacht quarter-final in what will be a repeat of this year’s provincial final, which Mayo won at Croke Park.

Elsewhere in the draw, Sligo will make the trip to New York for a first-round tie, set to be the first game played by New York in the Connacht championship since Mayo’s trip in 2019.

Andy Moran’s first championship game in charge of Leitrim will see him take the Shannonsiders to Ruislip to take on London in a quarter-final tie.

Roscommon have received the first-round bye to the semi-final stage, where they will meet the winners of the Sligo v New York game. The winners of Mayo v Galway will take on the winners of Leitrim v London in the last four.