Legends of the parish deserve their day in the sun

Being a club legend does not guarantee you success as a manager. Just ask Ole Gunnar Solskjær.
Last weekend in Mayo, though, we had three club heroes guide their home clubs to county title glory. By leading their sides to the promised land, Knockmore’s Ray Dempsey, Mayo Gaels’ John Fallon and Kilmeena’s John Reilly ensured that their names will forever be inscribed in the annals of their clubs’ history. 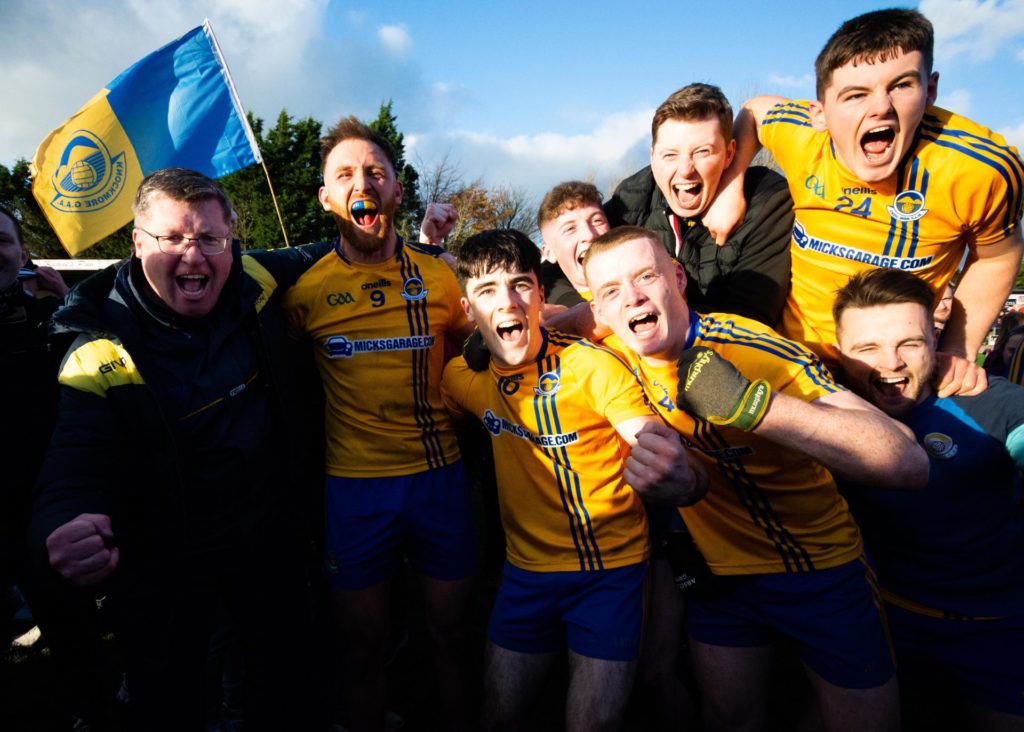 There is something that bit more special about seeing one of your own lead your team to success.
Don’t get me wrong, I totally accept that sometimes clubs have to go outside parish boundaries to find a manager. Oftentimes, there are just no local men available who are willing and able to commit to such an important role in the community given the enormous time and energy sacrifices required of club management.
At other times, clubs just need a clean break from local men who may have become too wrapped up in the poisonous inner wrangling of club politics and a fresh voice with no baggage can breathe life into struggling outfits. Seeing a local boy done good, though, warms the cockles of the heart and highlights all that is good about club football: family, friends and place.
Even before their management days, Dempsey, Fallon and Reilly had wonderful years playing with their respective clubs.
Dempsey won multiple county championships as a player with Knockmore in the 80s and 90s.
Fallon captained Mayo Gaels the last time the men from Mayo Abbey won the intermediate title in 1998. Not to be outdone, Reilly was on the last Kilmeena team to win the junior championship in 2002. In Galway, Mountbellew-Moylough, led by former Galway and Roscommon boss, Val Daly, won the Frank Fox trophy for the first time in 35 years the weekend before last. Daly, like Fallon, captained the team the last time they took home a major.
When leading your own men, I’d imagine the good times feel a million times better. Dempsey, Fallon and Reilly will be walking around their localities for the winter with their chests out, heads held high and with the unmistakable swagger of champions.
But managing your own is no bed of roses either and while the glory days are great, the bad times must be horrid. While they can strut like a peacock this week, I’m sure there have been other times in the past few seasons after crippling defeats that the men didn’t want to leave the house.
Such is the precarious nature of being a manager. The ups and downs are certainly amplified when managing on your doorstep.
Another great challenge of managing your own club is managing teams with your own kin involved. Ray Dempsey’s son Connell has been a star for Knockmore these past two seasons while James Fallon’s son, Jack, won Man-of-the-Match after a glittering display for Mayo Gaels in the intermediate final. Similarly, Val Daly’s lads, Michael and John, backboned the North Galway side.
There is no doubt but that these county title victories will be extra sweet in the Dempsey, Fallon and Daly households.
But, alas, football seasons rarely end in trophies and the losses and downsides are even more painful when your father or son is involved.
When your Dad is the manager of your club team, football is all that is talked about at the dinner table.
The buzz in the house is electric when results go the right way but a pall of gloom can invade the house in the aftermath of sickening defeats.
Club managers who are involved in teams where their families play are also open to ridiculous calls of nepotism which heaps pressure on the offspring to go above and beyond when proving their worthiness of selection. For dads who are managing their children, tough calls have to sometimes be made for the good of the team but perhaps at the expense of your son.
My father substituted my brother in the second-half of our 2005 county final defeat, an agonising decision which deeply affected my dad for years. Every emotion is more keenly felt when your own flesh and blood are also deeply invested in the cause.
As tricky a job as club management is, Ray Dempsey has done a serious job in Knockmore.
In the summer of 2020, nobody could have foreseen that Knockmore would become the next dominant, all-conquering senior club team in Mayo. He seems like a manager who is totally in control of his brief due to his encyclopedic knowledge of the club.
Their underage structures are exemplary and in the past two seasons he has seamlessly introduced youngster after youngster into senior championship football. He also got it tactically perfect on Sunday and didn’t fall into Belmullet’s snare like other much-vaunted challengers.
Two of those aforementioned youngsters, Conor Flynn and Pearse Ruttledge, were excellent but it was the older heads of Kevin McLoughlin and Shane McHale who impressed me most. 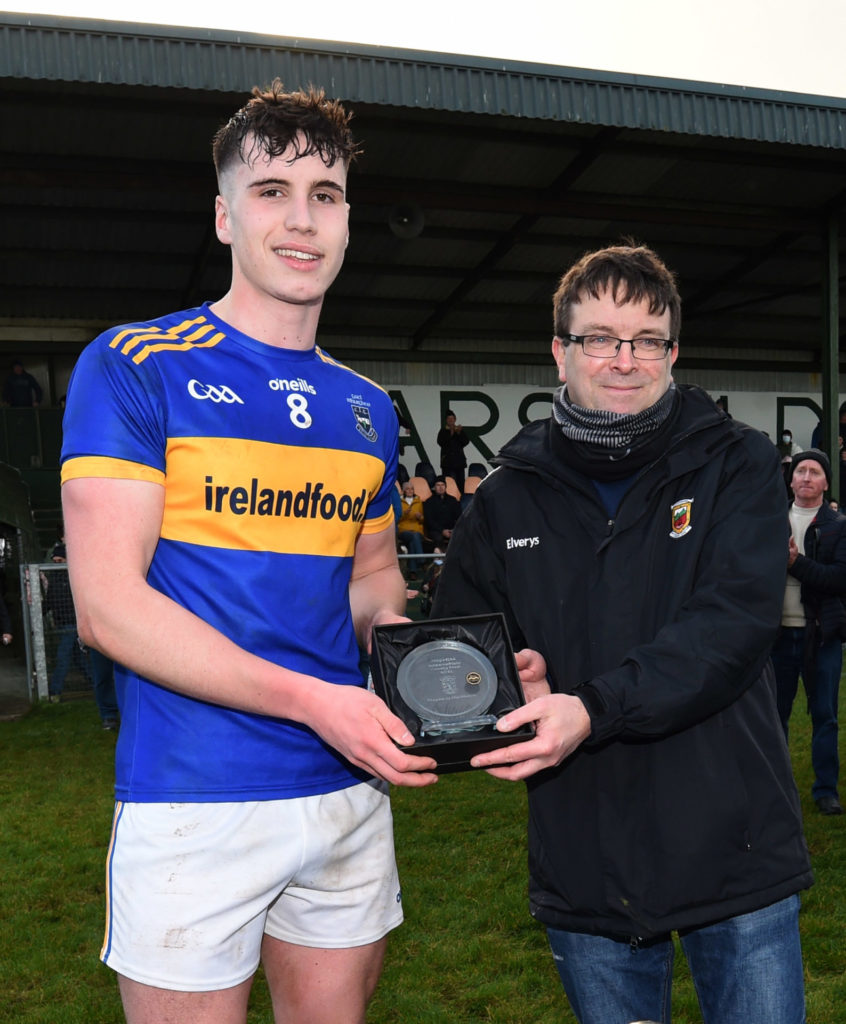 In a turgid game that was a morass of fouls, play-acting, yellow cards and kicks dropped short, the two elder statesmen in Knockmore’s engine-room sparkled. Given neither of them are natural midfielders, their control of the middle-third was magnificent.
Between them, their turnover count must have been near double figures and they always used the ball sensibly.
McHale was involved in the two key moments of the first half and probably the game. He produced a goal-saving, superman-esque block to deny Ryan O’Donoghue on the edge of the big square before minutes later making a crucial turnover which instigated the attack that led to James Ruddy’s goal.
I only played with McHale for a few months in the inter-county senior scene but in that short time I could see that he was a serious fellow who is serious about his football.
He was my Man-of-the-Match. Kieran King is someone who looks primed to take the next step in his football career and should get a look in with Mayo next year. His athletic, aggressive style should suit a James Horan team and it will be interesting to track his progress.
Club legends put their stellar reputations on the line when taking on their hometown managerial reins but, as last weekend in Mayo showed, if they work the oracle, the rewards can be glorious.