Mayo and Sligo placed on alert as Storm Arwen draws near 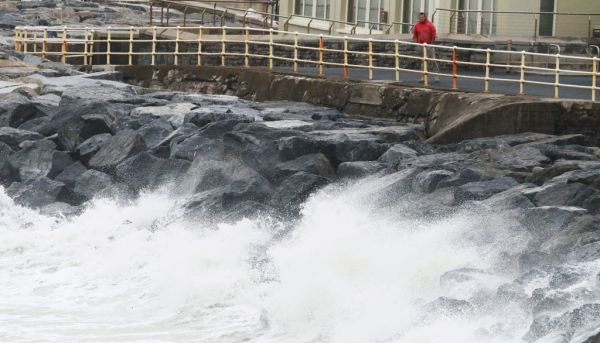 A storm is set to move across Ireland on Friday bringing with it gusts up to 110km/h along northern and western coastlines.

Met Éireann has issued yellow wind warnings for counties Mayo, Sligo and Donegal on account of the arrival of Stom Arwen.

The national forecaster said northerly winds will gust at speeds of 90 to 110 km/hr throughout Friday, with significantly higher gusts at times along north-facing coasts and on the Inishowen Peninsula in Co Donegal.

It warned that waves and spray could overtop along north-facing coasts during high tide on Friday night.

Storm Arwen – Named by the @metoffice, #StormArwen will bring a spell of cold & very windy weather to the UK on Friday & Saturday.

It’ll be cold & windy for Ireland too, especially across northern areas where we have yellow wind warnings in place ⚠️

The warnings are valid from 3pm on Friday and last until 5am on Saturday in Sligo and Mayo and 6am in Donegal.

In anticipation of the conditions, Clare Island Ferries brought forward Friday’s scheduled Cargo service and are operating sailings in and out of Clare Island and Inishturk from Roonagh today instead.

The UK Met Office has issued a yellow warning for all counties in the North. It said high winds during Friday afternoon and evening may cause some travel disruption and damage.

Met Éireann said it will be an unsettled day across the country on Friday, with widespread blustery showers. Some of the showers will turn to sleet later, with snow possible on high ground.

There will also be gales around the coast. Temperatures in the early afternoon will be around 4 to 9 degrees Celsius but it will get colder through the afternoon.

It will still be quite windy on Saturday morning with fresh to strong north to northwest winds, but it will become gradually calmer through the day.

Met Éireann said it will be a cold and bright day with long spells of sunshine and while most areas will stay dry, there will be a few showers in the north and towards the west coast.