An Taisce, a charity that works to preserve and protect Ireland’s natural and built heritage, has assembled for the fifth time what it determines to be the country’s Top 10 Most-at-Risk Buildings.

According to An Taisce, these are all buildings of importance, both intrinsically and to the heritage of their local areas; buildings that lie vacant and are in such a state of disrepair that they may be dangerous or have no identifiable new use. These buildings could be lost to future generations unless direct action is now taken to preserve them. 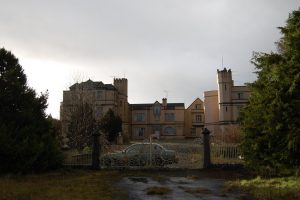 Concerns have been raised about the deteriorating condition of Castlemacgarrett House, near Claremorris