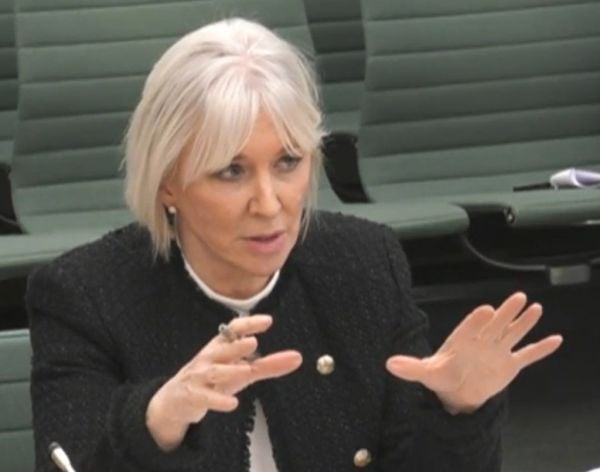 The creation of an independent regulator for football has been endorsed in principle by the UK government.

The fan-led review of football governance, chaired by former UK sports minister Tracey Crouch, has concluded that such a regulator is required to provide financial oversight in the English game and that football could no longer be left to run itself.

British culture secretary Nadine Dorries welcomed the review, and said the British government would now work on a substantive response which it would present next spring.

⚠️ I can confirm we’re endorsing in principle the primary recommendation of the fan led review of football governance.

We’ll now work at pace to determine the most effective way to deliver an independent regulator. https://t.co/yKzdAMg8VP pic.twitter.com/UvbvJpbeLC

However, she has already indicated the UK government’s support in principle for an independent regulator.

“We are at a turning point for football in this country,” Dorries said in a written ministerial statement to the House of Commons.

“The review is a detailed and worthy piece of work that will require a substantive response and plan of action from across Government.

“But the primary recommendation of the review is clear, and one the Government chooses to endorse in principle today: that football requires a strong, independent regulator to secure the future of our national game.

“The Government will now work at pace to determine the most effective way to deliver an independent regulator, and any powers that might be needed.”

The Conservative Party promised the fan-led review in its 2019 general election manifesto, following the demise of Bury earlier that year.

It commissioned the review in April of this year, following the controversy surrounding the short-lived European Super League.

The creation of an independent regulator via an Act of Parliament was the central recommendation of the review.

Its primary purpose would be to ensure clubs are run sustainably and for the benefit of their communities through a licensing system.

The regulator would have responsibility for administering strengthened owners’ and directors’ tests, and would impose a solution on financial distribution between the Premier League and the EFL if they cannot work one out themselves.

The review called for a shadow regulator to be set up immediately and Crouch told the PA news agency she hoped it would be fully up and running in time for the 2023-24 season.

The review also proposed a transfer levy of up to 10 per cent on Premier League clubs signing players from overseas or from other top-flight clubs.

It also called for a pilot on the sale of alcohol in sight of the pitch at selected National League and League Two matches, better support for young players released from academies and a separate review of women’s football.

Dorries added in her statement: “The review demonstrates that there are fundamental issues with our national sport, and that this merits radical reform. Fans across the country want and deserve that reform.”