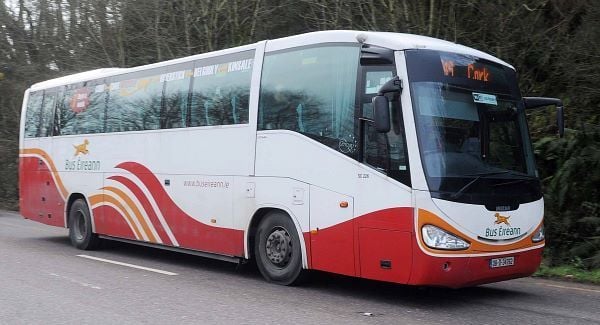 Bus Éireann has said it is experiencing a high number of Covid-19 related absences among its Waterford staff, and has warned some routes face cancellation as a result.

It is understood that 18 drivers are out of work due to Covid as of Thursday, either by being a confirmed case or through self-isolation.

The weekend routes may be most impacted according to Bus Éireann.

A statement from the company cited Waterford’s position as having the sixth-highest 14-day incidence rate of the virus in the country, with 1,672 Covid cases confirmed in Waterford in the last fortnight.

“Bus Éireann is also experiencing a higher than usual level of Covid related absences in Waterford, whether confirmed cases or through necessary self-isolation,” the transport company said.

“We are working hard to manage services to try to minimise impact on customers, but it is possible that some services may be affected or cancelled as a result of staff absences.”

Last February, Bus Éireann cancelled a number of routes in Waterford due to the spread of cases among its staff.

Over 20 staff were believed to have been self-isolating at the time.

The company said it is taking every possible precaution and has introduced antigen testing for employees on site, on a voluntary basis.

A spokesperson confirmed that the advisory issued on Thursday afternoon for Waterford is the only one released during the current wave, with no other cities and counties seeing a similar high number of Covid related absences.