Another Lotto millionaire in the West as 180 share €13.5m in prizes 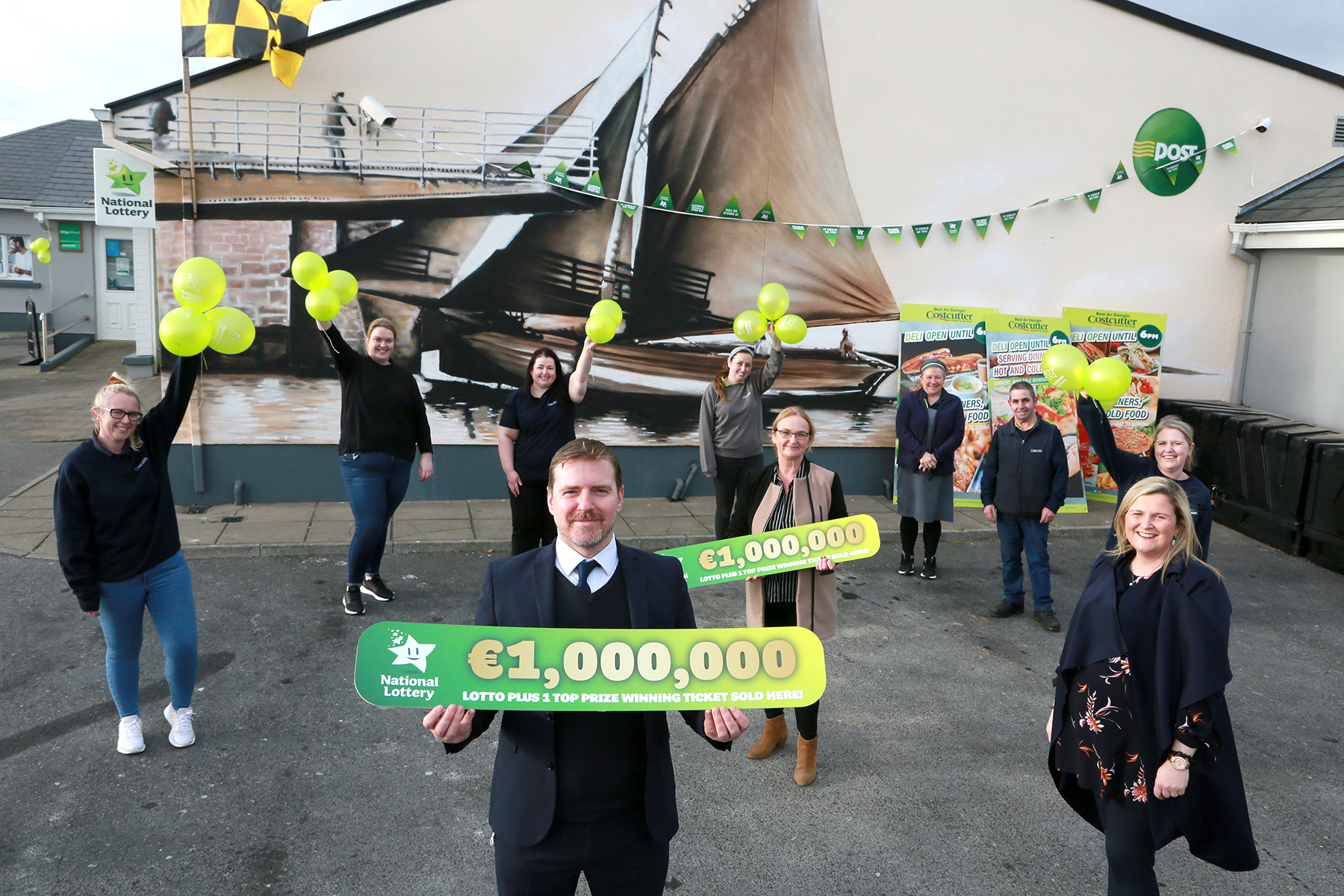 Noel Daniels, owner, and staff pictured at the Costcutter store in Bealadangan in Co Galway were overjoyed to hear that they sold a winning Lotto Plus 1 ticket worth €1 million in Saturday night’s (20th November) Lotto draw. Pic: Sean Lydon / Mac Innes Photography

The National Lottery has confirmed that 180 Lotto players throughout the country who won the Match 5+Bonus or Match 5 prizes across the past 15 draws have shared €13.5 million in additional prize money due to the jackpot prize roll down. Since Saturday 2nd October, no additional funds have been added to the jackpot which has resulted in players at the Match 5+Bonus and Match 5 categories receiving larger prizes than usual.

As the Lotto jackpot is capped, the funds that would usually go to the jackpot are instead distributed to the next prize tier at which there is a winner. For example, in last Saturday’s draw, one winner in Fermoy in Co. Cork won the Match 5 + Bonus category to win a boosted prize fund worth €996,216. If there had been no winner at the Match 5+Bonus tier, the funds would have instead flowed to the next tier with a winner which would have been the Match 5 category.

See the table below outlining the prize tiers that have received additional funds since the jackpot was capped:

The National Lottery are continuing to appeal to players hoping to become the next Lotto jackpot winner to purchase their tickets early ahead of tomorrow night’s draw. Lotto tickets can be purchased in-store, through the National Lottery app or at www.lottery.ie ahead of the cut-off time for sales at 7.45pm tomorrow evening.

Meanwhile, the National Lottery has confirmed that the Galway winner of the top prize of €1 million in Saturday night’s Lotto Plus 1 draw has made contact and arrangements are now being made for the player to claim their prize.

The Galway winner scooped the top prize of €1 million in the 20th November draw after purchasing their winning Quick Pick ticket on Saturday 20th November at the Costcutter store in Bealadangan in Co. Galway.