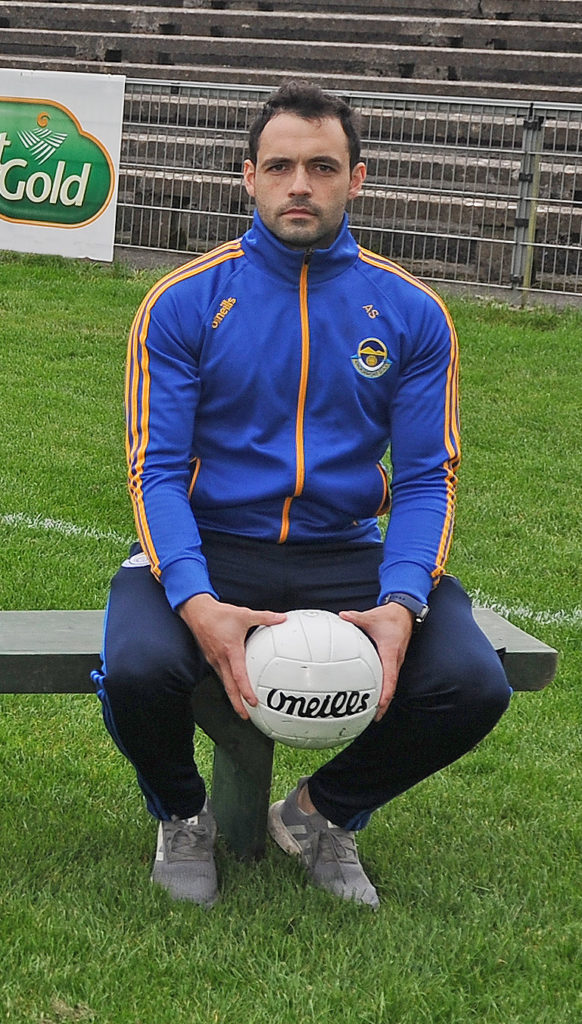 By Mark Higgins
The build-up to this year’s county senior final will be very different to last year’s for Knockmore defender Alan Stadler. Last year, as the Parish of Backs blazed a trail to their first Moclair Cup in 23 years, Stadler was an ever-present at corner-back, a block of consistency who shut down some of the best club forwards in the county en route to the title.
This year, however, Stadler will be an observer. He suffered a serious knee injury back in June, tearing his anterior cruciate and lateral collateral ligaments while playing in a Sweeney Cup game (in a cruel twist of fate, Knockmore were playing their opponents in this weekend’s final, Belmullet, when the injury occurred). He had surgery on the injury two months ago and is well on the way to recovery but the 30-year-old will have to be content with a watching brief when his teammates take the field at James Stephens Park this Sunday.
He is one of the few players from last year’s title-winning team who will be unavailable to Knockmore manager Ray Dempsey when he picks his starting team for the final this week. Darren McHale is touch-and-go to be fit to start the final and Keith Ruttledge has also been dealing with an injury, but other than those three, Knockmore will likely start with the same side that defeated Breaffy in the final in summer of 2020.
Stadler said this week that the continuity in the playing panel and the experience of playing in and winning last year’s final are both significant advantages to Knockmore heading into this year’s decider. Much was made in the run to the final of 2020 of the relative youth of Knockmore’s squad but players like Kieran King, Sean Holmes, Conor Flynn, Connell Dempsey and Aiden Orme now know what it takes to win a county title.
“It’s a big plus, but you could even see it there the last day, when lads come in off the bench they just slot straight in. Like Liam Durcan, that was his first proper championship time and he had a great game when he came on. So you have that experience but also the lads on the bench are ready to come in and do a job,” offered Stadler.
“It’s not as if, if one person goes, it’s a massive blow to the team. There is someone there to step in and step up to the plate. It’s Charlie Bourke’s first year in the squad and he’s been coming on, he’s just so direct, he’s a big impact player when he comes in for a lad of his age.
“If it goes to the melting pot again, the experience of last year will be there, the experience of grinding it out a bit. Last year we went down to fourteen men and it would have been very easy to crumble but we got on with the job. That kind of experience coming into this year’s final will be a great help to all those lads.
“You’ve been through the mill before, you know everything isn’t going to go your way on the final day,” he continued.
Stadler, who lives in Ballina and works in Hollister, said Knockmore’s defeat to Belmullet in the group stage of the championship last month could yet prove to be a blessing in disguise. The loss focused their minds, he said, and provided the fuel to carry them past Charlestown, Ballintubber and Garrymore in their subsequent matches to qualify for the final.
“It was probably no harm that we lost that time. We got to see them up close and personal in the group stage when there wasn’t as much on the line. It shows the hunger there that the lads were hurting afterwards, and to go out and play like that against Charlestown when they were unstoppable. It was total football, they kind of blew Charlestown away.”
In that sense, this season has followed a similar pattern to last year, when Knockmore lost to Ballina in the round-robin but regrouped to gain revenge on the Stephenites in the semi-finals.
“It brings you down to earth, that even if you are playing well, if there’s a day when you’re not fully at it, you’ll be punished,” reasoned Stadler. “So a defeat like that can teach you the lesson. It’s like a little kick in the teeth and it just gets you up and going again.”
Another key motivational factor for Knockmore ahead of this year’s final is the opportunity to progress into the Connacht club championship. The Connacht series wasn’t run last year as a result of the Covid restrictions, denying Knockmore the chance to go on and represent Mayo on the provincial stage. Stadler said the prospect of competing in Connacht this time round is definitely at the back of Knockmore minds. 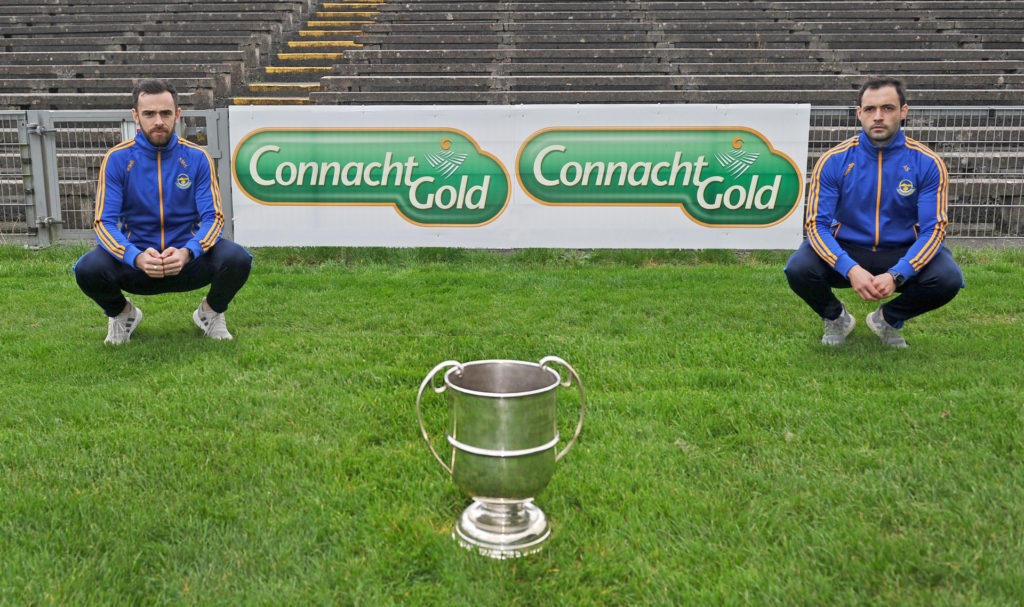 “That is adding on to the drive to get back and do it again,” he said. “There’s not much of a drop-off from last year to this year because you do have that motivation to get to the next step and get into Connacht and represent Mayo.
“None of that panel would have played in the Connacht championship so it’s new for everyone to get to that stage and I think it’s great motivation. Kieran Langan is around a long time and he would never have got into Connacht, so it’s great motivation there, on top of everything from last year, to go out and get it back-to-back and then get the chance to go Connacht.”
Stadler was a Mayo minor back in the day, a part of the panel in 2008 and 2009, years in which Mayo reached All-Ireland minors finals only to lose to Tyrone (in a replay) and Armagh respectively. His current club manager Ray Dempsey was over the minors in those years.
“Myself and Ray go back a long time together now, a lot of years put in!” laughed Stadler.
“We had a very good team that time,” he recalls of those minor years. “I suppose it got you used to the big days at a young age. It’s not every year there’s an All-Ireland final on. So it prepares you for big days ahead and the kind of fanfare that goes with them.”
He would dearly love to be lining out at corner-back in James Stephens Park this Sunday afternoon, but Stadler will have to be content with a place in the stands amongst the rest of the Knockmore faithful. He envisages a tight, tough encounter against a Belmullet side who have been getting better with every game they’ve played.
“It’ll be a tough game, no doubt about it,” he stated. “Belmullet aren’t conceding many scores this year. If you look through their scorelines, there isn’t much going in against them. And they’re adding goals to their game as well. They’re very patient in their build-up.
“So we need to play our normal game, keep it tight at the back and move the ball quickly. I think we have a good chance if things go our way on the day. But it’ll be in the melting pot for a long time I think.
“It’s a bit of a novel final, and it’s good that it’s in Ballina. You have the crowd there on top of the pitch and it does create a good atmosphere. I’d imagine both sets of supporters will be vocal on the sidelines so it should create a good atmosphere around the place. You won’t have that echo in the stands that can happen in Castlebar.”
Asked to call it, he sticks firmly to the party line.
“I’d have to back ourselves. I’d be shot if I said otherwise!”