Meet the Nolans, the family with the world at their feet 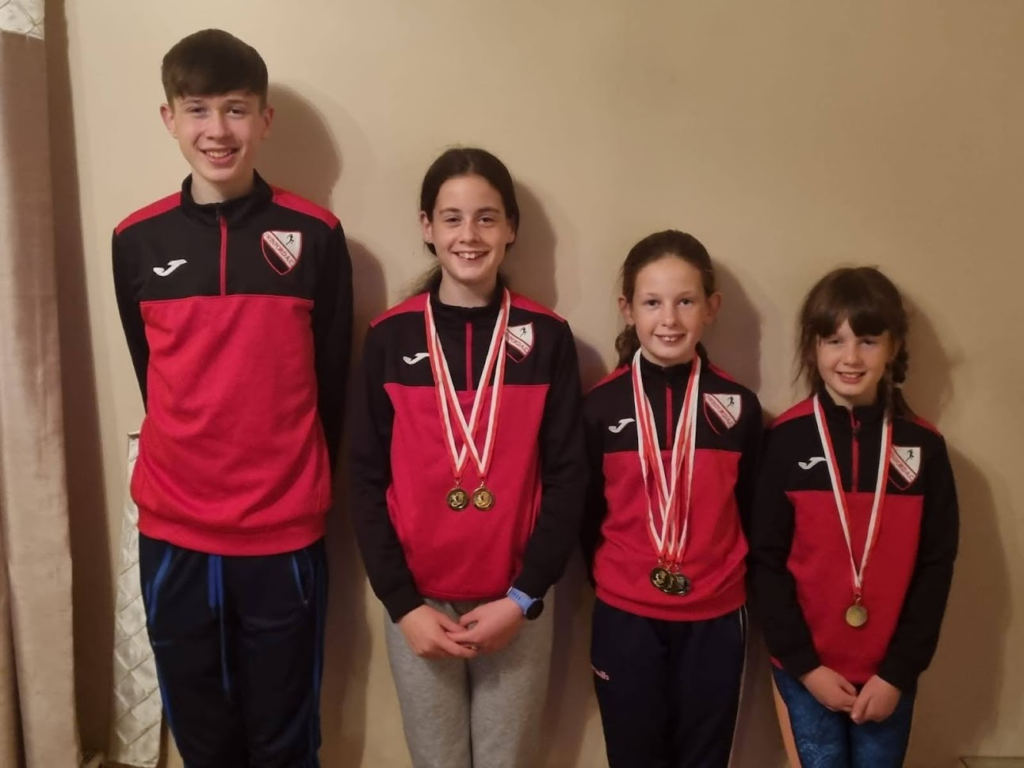 It’s a big enough thing for any family in its lifetime to see one of its own qualify for an All-Ireland final of any description. But for four siblings to each reach All-Ireland finals on the very same day? Now, that’s something quite incredible altogether.
But it’s exactly what the talented Nolan family achieved when successfully competing at the Connacht Cross Country Championships which took place in glorious winter sunshine at Loughrea Athletics Club earlier this month.
Between them, the Nolan crew won a total of nine medals to all qualify for the All-Ireland finals which are taking place in Kilkenny this December.

Cross country running can be a particularly gruelling discipline, particularly at this time of year when conditions begin to deteriorate, but showing all her rivals how it should be done, Sue Sue Nolan led home the 94 girls who contested the under-11 1500m race, with her sister Emma racing home in 15th position to help the Mayo team win gold. Swinford AC, who the Nolan family competes for, also finished second in the club standings as a result of the duo’s efforts along with those of Siobhán Nolan, Niamh Devaney, Erin Crawford and Rhea Gostick’s high-place finishing.
Meanwhile, older sister Tara Nolan raced to a fourth-place finish in the under-13 2500m race which contributed hugely to the Mayo team finishing first, likewise the eighth-place finish of fellow Swinford runner Claudine Brennan (eighth).
The fourth member of the Nolan family to qualify for the All-Ireland cross country finals was Sean who was sixth in the under-17 boys’ 5000m which helped Mayo win Team Gold in that age group.
Elsewhere, there was more success for Swinford AC athletes in the under-15 girls’ and boys’ competitions, with Aoife Mullaney, Caoimhe Hughes and Pearse Gallagher all progressing to the national finals. Caitlin Hughes had an excellent run to storm home in first position in the under-17 girls’ race and Tadgh Staunton, Swinford’s only competitor at under-19 level, also advanced to the All-Irelands on December 5 in fifth place.