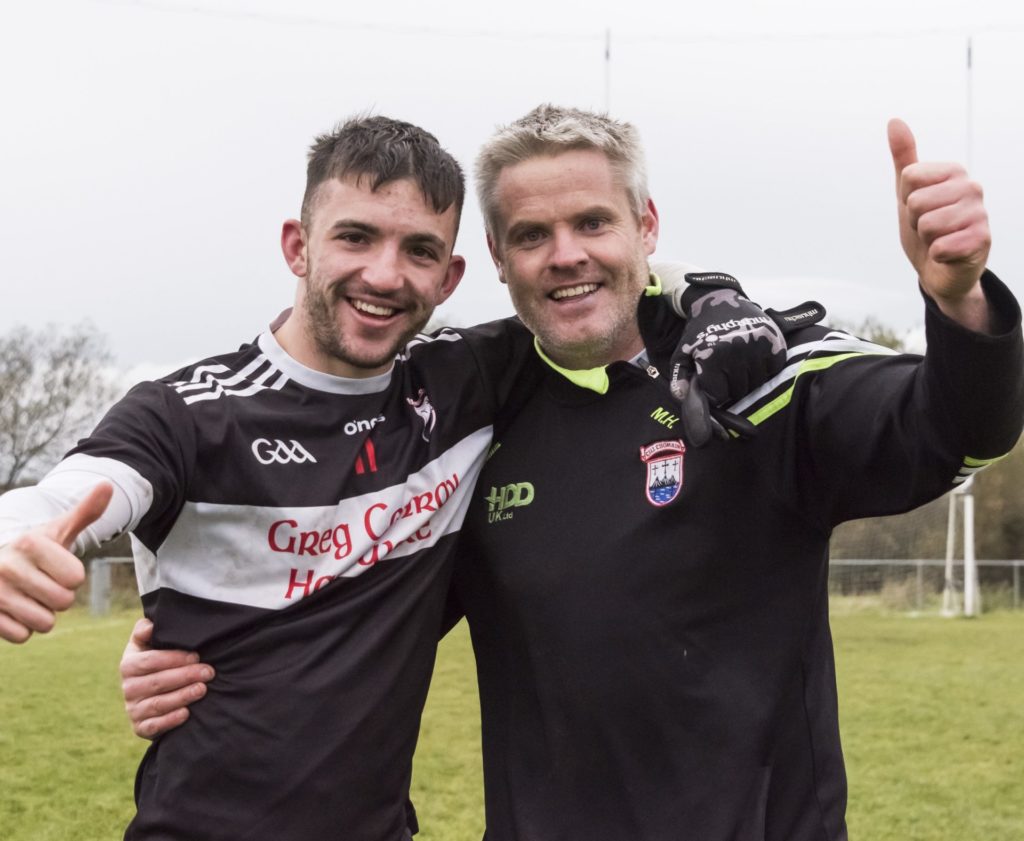 Justin Healy, left, with James McAndrew after they helped Cill Chomain to victory over Kilmeena in the final of the Michael Walsh League two seasons ago. Picture: Martin McIntyre

By Anthony Hennigan
Justin Healy was 15-years-old when Cill Chomain last appeared in the final of the Mayo junior football championship. They’ll tell you out there he was plenty good enough to have played, just not old enough. The rules of the GAA had moved on since the likes of Brendan Moran, who is still going strong for Cill Chomain at 39, played his first junior game for the North Mayo outfit when still an under-14.
Healy, now all of 23 years, is captain of the team which is bidding to make its return to the intermediate championship ranks for the first time since 2015.
To do so, they’re going to have to beat they who at the very start of this season, were most people’s red hot favourites to win the county junior title.
If truth be known, Kilmeena were very heavily fancied last year as well, just coming up short by one point to an excellent Kilmaine side that went on to acquit itself exceptionally well at the higher level this year.
“We know what’s ahead of us, it’s going to be a massive challenge. Kilmeena are a serious outfit and have some serious players. They have gone close the last couple of years and are in great form so it’s a big challenge ahead of us,” admits Justin Healy who works in Belmullet at the Mfitness Gym run by former Mayo footballer Mikie Sweeney and well-known GAA trainer Michael Doocey.
“We’ve shown glimpses here and there but we know ourselves that we haven’t yet played a full sixty minutes,” suggests Healy. “In the first-half against Shrule-Glencorrib, that was probably the best we’ve played so far and yet we could have gone on and lost it in the second-half. We just did enough to get us over the line.”
That semi-final against the South Mayo side ended in a 0-9 to 0-7 win for Cill Chomain and was their fourth straight championship match not to concede a goal. Having drawn and beaten Achill, and taken the scalps of Kilmovee and Ardagh too, the most they have conceded in any game is nine points and the most they have scored is 2-9.
“It’s a lot to do with our shape. I think we’re more cautious, more defensively set-up than in the past, and looking to counterattack in numbers,” says Healy who spearheads the attack from full-forward. That style of play, as introduced by Paul McGarry who is in his second year as manager, has reaped its reward.
“He’s an awful passionate GAA man, he really gets into it. He has great enthusiasm, his training is different. He has a lot of experience too from his days playing with Ballina and playing senior football,” explains Healy.
“He’s got us to move the ball a lot faster, he’s always onto us that we’re taking too much out of it and we’re slowing things down.
“He’s very much about getting the head up and getting the ball moving. He’d be big into work-rate and off-the-ball movement, that side of things.
“We’ve learned a lot off him, especially this year. 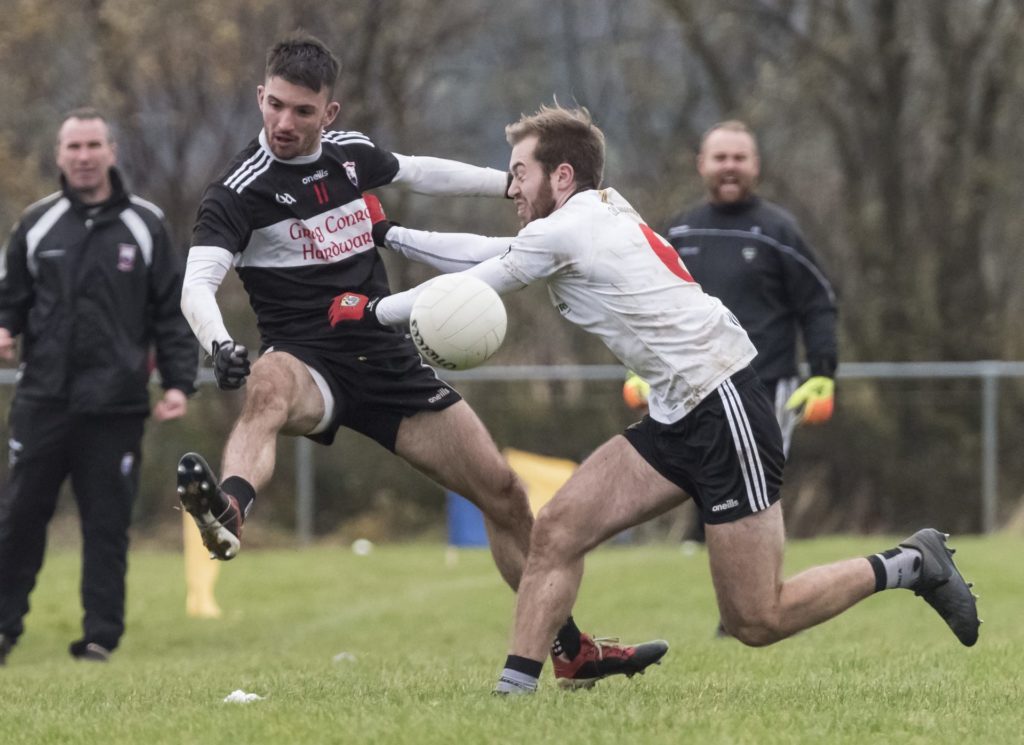 “Last year we were only getting to know him when Covid hit. He still wouldn’t have even known some of the boys’ names. But we’ve had more time together this year and we’ve definitely learned a lot from it.”
With some very promising under-16 and minor footballers waiting in the wings to step up to adult level with Cill Chomain, it would be a huge boost to the Gaeltacht outfit, especially given the hugely impressive facilities they have been able to develop in recent years, if they were able to provide that next generation with the platform of intermediate championship football.
“I think everyone associated with the club feels that’s where we should be,” says Healy.
“The gap between junior, intermediate and senior in Mayo football is very slim. Division 3 football really opened our eyes a lot this year and playing more competitive games against better opposition brought us on a good bit. Davitts came down to us, they’re a senior team and we beat them.
“It was a big win for us. We played Kiltane in a challenge game in Glenamoy last year too and beat them.
“We know there’s not that much of a gap, it’s just to get out of junior you have to be so consistent.”