The Dome at the Connacht GAA Centre of Excellence in Bekan, Co Mayo is to stage next year’s GAA Annual Congress. 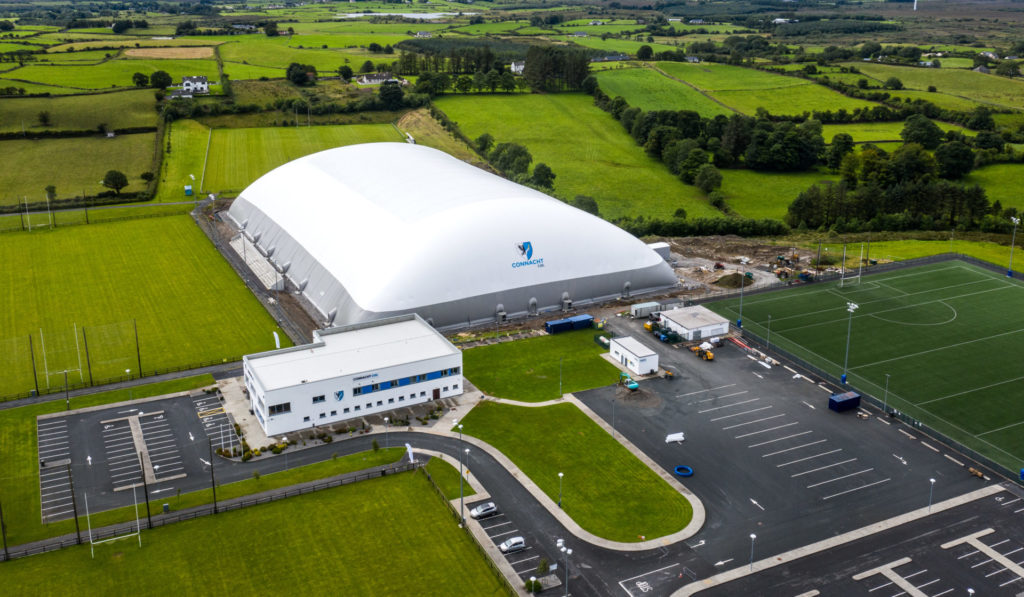 The Connacht GAA Centre of Excellence in Bekan, venue for the GAA’s Congress 2022.

The news was conveyed in a circular released following virtual meetings of An Coiste Bainistíochta and Ard Chomhairle which took place on Friday night and Saturday afternoon.

The expansive indoor venue at the Connacht GAA Centre of Excellence is already the venue for next month’s Mayo GAA County Convention after the decision was taken last week to move that event from the McWilliam Park Hotel in Claremorris due to concerns about rising numbers of Covid-19 cases and large indoor gatherings.

Congress 2022 is set to take place in February. The last time the national event was held in Mayo was in 1985 when Crossmolina’s Dr Mick Loftus assumed the presidency of the association in Ballina.

The GAA’s Ard Chomhairle has also agreed to submit Motions to Congress 2022 on foot of proposals from the Standing Committee on Playing Rules, the sliotar workgroup and Games Development Committee and also approved a Motion to allow another player to join the captain for acceptance of the trophy on behalf of the team.

The Rules Drafting Report arising from Motions approved at Special Congress was approved.

The 2022 Master Fixture Plan was approved.  It was agreed to allow Provincial pre-season competitions to proceed and recommence collective training on December 8. Mayo’s opening game of next season’s Allianz Football League Division 1 campaign will be against Donegal at a venue to be decided, given the unavailability of MacHale Park in Castlebar due to recent resurfacing works.