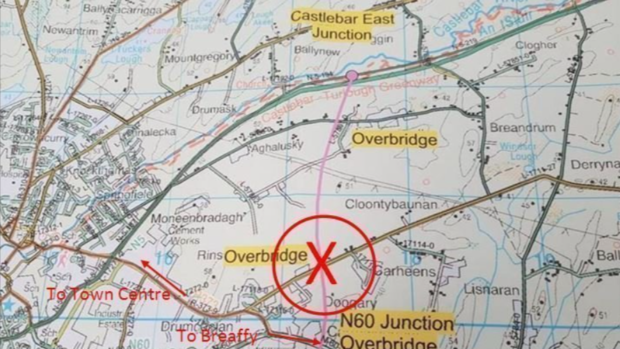 Residents from the Breaffy Keelogues area expressed their concerns before a meeting of the Castlebar Municipal District today.

The group highlighted their issues with the proposed closure of the L1711 road near Kilkenny Cross for a period of four months to facilitate road works. The proposal would result in heavy volumes of traffic being diverted down secondary roads.

Natasha Connolly, the chairperson of the Concerned Residents on the Breaffy Keelogues Road (L1711) Road Closure group, told councillors that the community have been compliant with everything the contractor has done thus far but the closure of the L1711 would be a step too far.

“We have been compliant and understanding of all of the works carried out, including drilling from as early as 7am and the use of heavy machinery from as early as 5am. We have put up with a lack of communication regarding things like blasting but we can’t ignore this issue.”

She said that the group petitioned online and got signatures door-to-door and as of the MD meeting, had acquired 561 unique signatures objecting to the road closure, including 19 signatures from business owners and four signatures from local principals and childcare operators representing their staff and students.

“We are asking that this road does not close for any length of time. The potential for an accident on secondary roads is too high and none of us wants to be in the paper for the wrong reason,” said Ms Connolly.

She added that the committee were also yet to see a risk assessment or proposed programme of works for the works in question.

Her fellow committee members Michael Quinn and Albert Dravins presented a solution whereby the road would not close but would instead operate on a one-way traffic light system for 75 to 100 metres.

“It can be done if the will is there to get it done,” said Mr Dravins.

Support for their objections was unanimous among councillors. Cllr Al McDonnell proposed an on-site meeting between Mayo County Council, elected representatives, local residents and the contractor Wills BAM to iron out any remaining issues but said ultimately that councillors would not accept the road being closed for a single day.

“This is about more than an inconvenience. This is a serious matter of health and safety and we have a duty of care as councillors to people in this area.”

Head of the MD, Iarla Moran said the Council is currently engaging with the contractor to discuss the concerns of local residents regarding the closure of the road.