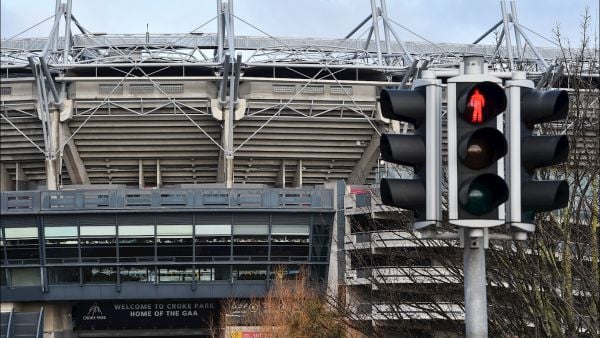 A life-long Dublin GAA supporter, whose glasses were smashed into her scalp when hit by a football in Croke Park six years ago, has had her €60,000 damages claim against Cumann Luthchleas Gael (GAA) thrown out in the Circuit Civil Court.

Although Judge John O’Connor refused to grant an order for wasted legal costs against the woman’s solicitors, he said a warning had to be sent out in relation to cases where solicitors had been repeatedly warned of the near certainty of their client’s case failing.

Barrister Eamon Marray, who appeared with Shaffrey Solicitors for the GAA, told the court the Association was not seeking costs against the injured 53-year-old Dublin fan, Bernadette Martin of Montpelier Drive, Montpelier Hill, Dublin 7, who had lost her case.

He said he had been instructed not to ask for costs against Ms Martin, who was injured at the semi-final replay between Dublin and Mayo in 2015, but was asking the court to make a costs order against her solicitors.

Mr Marray said a number of letters had been sent to her solicitors advising them that her case was bound to fail after a number of actions relating to similar Croke Park incidents had been withdrawn when rigorous safety precautions had been pointed out to potential claimants.

“In this case, the defendant has been put to the expense of addressing this claim despite those warnings,” Mr Marray said.

Ms Martin’s case was dismissed by Judge O’Connor without the GAA having to present any evidence opposing her claim.

Mr Marray said that while it was accepted she had been struck and injured by a football during a warm-up by players before the match, her case had to fail due to the lack of any evidence that appropriate protection had not been provided at Croke Park for spectators.

In a successful application for the dismissal of Ms Martin’s claim, he said the burden rested with her to prove that something out of the ordinary had occurred due to a breach of care for spectators and because of negligence on the part of the GAA.

Ms Martin had been injured by a football that had been kicked over the 20-metres-high netting behind the Hill 16 goalposts at a spot where she had stood shouting for Dublin since she was 11-years-old, the court heard. 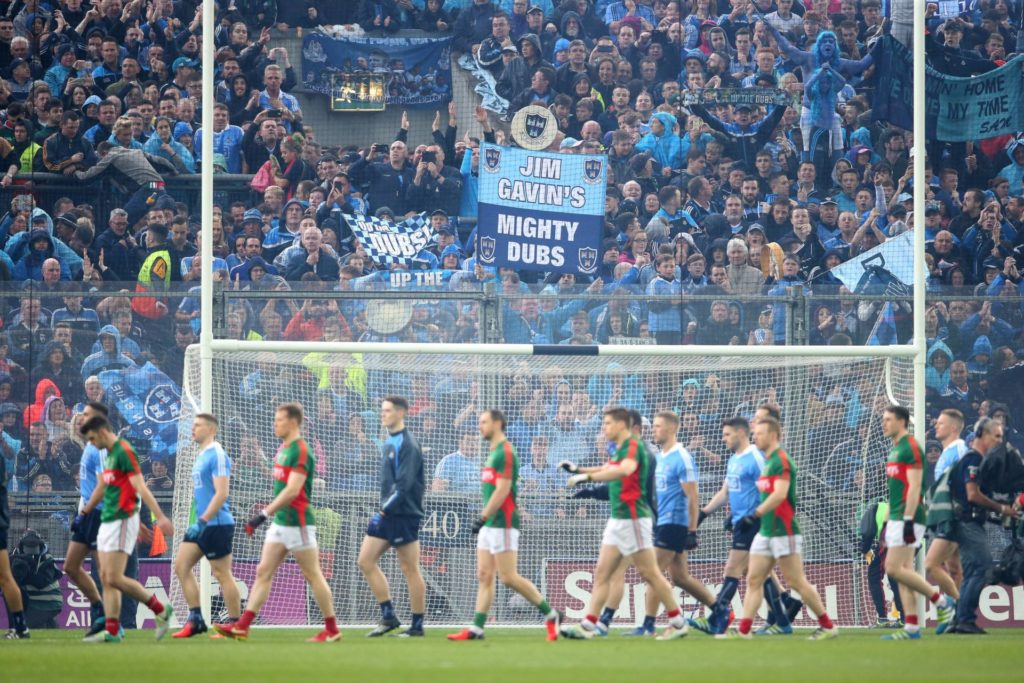 Her legal team had submitted that while it may have been almost impossible for a player to kick a ball over such high netting from the field of play during a game, such an incident could happen during the warm-up session, where up to 40 footballers might be kicking up to 40 footballs at very close range towards and over the Hill 16 goal posts.

Mr Marray said forensic engineer, Paul Romeril, on behalf of the plaintiff, had not condemned the adequacy of the protection by “the highest safety netting in the game”, but had focused on the fact that it may have been an unusual kick of some kind.

“If it was such an unusual event that, in itself, would take it out of the duty of care owed by the Association to the plaintiff as a spectator,” Mr Marray said. “Nothing that happened on this day was out of kilter with anything that might have happened on any day.”

Dismissing Ms Martin’s case, Judge O’Connor said Mr Romeril had stated that the highest netting possible was used and the court had not heard any evidence that what had been used in Croke Park was in any way inadequate, nor any evidence that a player had deliberately kicked the ball over the netting from close range.

In rejecting Mr Marray’s application for a wasted costs award against Ms Martin’s solicitors, Judge O’Connor said it should not be presumed the court would not make such awards in the future.

She said she had been treated in a First Aid centre at Croke Park and by her GP following the game.