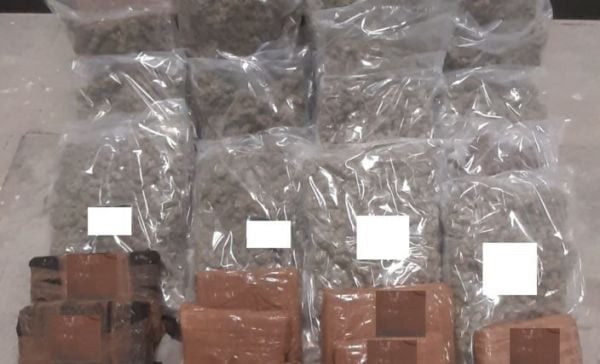 Gardaí have arrested one man and seized close to half a million euros worth of cannabis in Carlow.

The drugs with an estimated value upwards of €460,000 were seized on Saturday as part of ongoing investigations into the sale and supply of drugs in the Carlow area.

Members attached to Carlow Detective Unit conducted a “stop and search” of a vehicle travelling on the M9 motorway, during which the cannabis was recovered.

A man aged in his 30s was arrested in connection with the seizure and detained at Carlow Garda station under the Criminal Justice Drug Trafficking Act.

The drugs seized will be sent to Forensic Science Ireland for analysis, a Garda statement said.

The investigation is ongoing, it added.