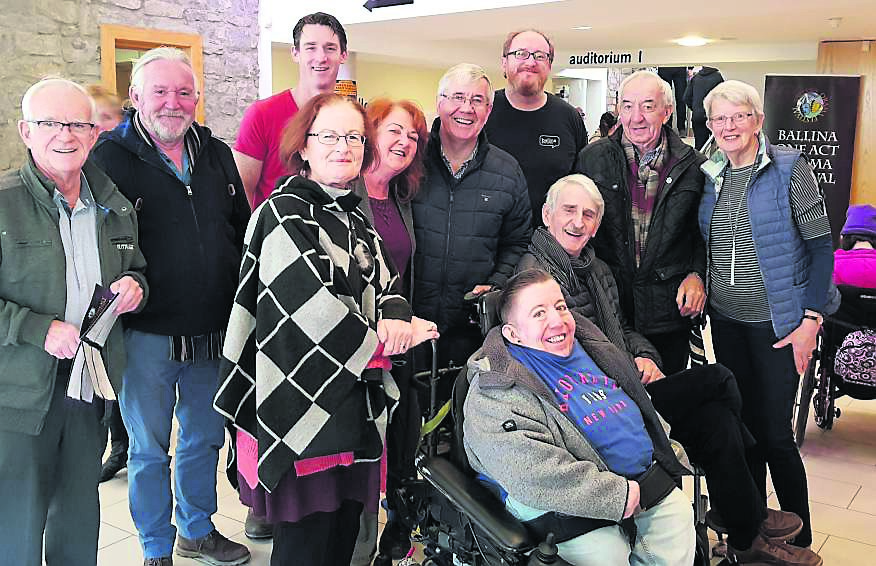 Following a much-regretted but unavoidable absence due to the Covid-19 pandemic, the Ballina One-Act Drama Festival makes a welcome return next month.

Being relative newcomers to Ireland’s prestigious drama festival circuit has not prevented the hard-working and ambitious crew behind the Ballina event from establishing a respected reputation for their festival nationwide. That reputation is now set to be cemented with the exciting revelation that Ballina has been selected to host the All-Ireland One-Act Finals in December 2022.

This is a major coup for the north Mayo capital as the All-Ireland final is a sell-out event that attracts patrons from all over the country for a three-night programme of highly-charged competitive drama together with some eclectic fringe events.

The Ballina One-Act Drama Festival Committee, led by chairperson Marie Loftus, is confident that the hosting of the All-Ireland One-Act Final will be a momentous occasion and is committed to meeting and exceeding the high standards that patrons have come to expect from the prestigious event.

For now, their focus is on the delivery a highly-successful programme for the 2021 Ballina One-Act Drama Festival, which will run from November 5 to 7 next.

Marie Loftus and the committee were thrilled to get the go-ahead for this year’s event and to experience the esteem in which Ballina is held among circuit contenders all over the country who have proven eager to be included in the Ballina programme of first-class drama.

The festival programme was finalised in late September, and while some small format changes have been required, the quality and diversity of performances and groups will not disappoint with a well-balanced selection of comedy and drama scheduled over the three-night festival.

Participants this year include returning groups, new additions, and the overall winners of both the 2019 open and confined sections.

Patrons can be assured of the usual warm welcome at Ballina Arts Centre and that both the festival and arts centre teams will adhere to all aspects of safety regulations to ensure an enjoyable weekend for everyone on both sides of the curtain.

Indeed, the Ballina One-Act Drama Festival organisers stress that it is the availability of the arts centre and its excellent facilities and staff that helped to secure the hosting of the All-Ireland Final for Ballina.

The 2021 Ballina One-Act Drama Festival will be opened on Friday night, November 5, with the local Cllr Mark Duffy officiating.

Audiences will be enthralled by the standard of performance, which will be adjudicated this year by Irene O’Meara.

Irene is highly experienced in all elements of drama production. The Ballina One-Act Drama Festival committee is privileged to welcome her to Mayo, and she is eagerly anticipating her visit to Ireland’s Salmon Capital and her stay in the Ballina Manor Hotel where she is guaranteed the warmest of hospitality from manager, Edel, and her staff.

Sadly, there will be some much-missed absent friends when one-act drama festival-goers finally get to reunite in Ballina this November.

The 2021 Ballina One-Act Drama Festival will be the first to be run without its founder, the late Eugene Loftus, but his memory will be honoured, and his presence felt over the course of November 5 to 7 next and for the staging of the All-Ireland One-Act Finals in Ballina in December 2022, which will surely be a wonderful tribute to the man who originally had the dream, believed in it and made it happen.

Ballina Arts Centre is now taking bookings for the 2021 Ballina One-Act Drama Festival. A season ticket costs €30 while nightly tickets are €12 each.

Golden boy has more silver on his mind