Men arrested in Mayo over fatal stabbing appear in court 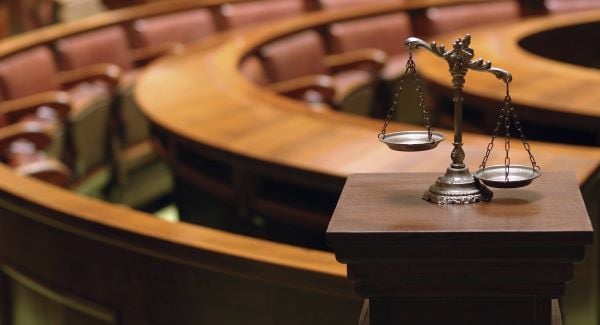 Two men wanted in relation to a fatal stabbing in the UK last month have appeared before the High Court in Dublin.

Kane Hull (28) of Bower Street, and Liam Porter (32) of Fulmer Place, both addresses in Carlisle, appeared before the court on Friday after their detention on foot of international arrest warrants.

The pair, who are sought in relation to the death of a man who was stabbed to death on a street in the northern UK city, were arrested by gardaí in Co Mayo late last month.

Both men are wanted in relation to the murder or manslaughter of Ryan Kirkpatrick (24) at Carlyle’s Court, Carlisle, on September 18th of this year.

On September 27 at Cumbria Magistrates Court, accusation warrants were issued for Mr Hull and Mr Porter relating to the fatal stabbing, while Mr Porter is also further wanted in relation to assisting an offender. Both men previously appeared before the High Court on September 29th, after being arrested on foot of Trade and Cooperation Agreement (TCA) warrants.

Both men are alleged to have left the UK on September 22nd, while at last month’s hearing gardaí gave evidence of arresting the men in the Carracastle area of Co Mayo.

Gda Caroline Hyland, of Castlebar Garda Station, said she was satisfied from her inquiries that the person brought before the court was the same Kane Hull named on the warrant. She said that the respondent replied “no comment” when he asked if he understood the summary of the offences contained in the warrant.

Gda Jimmy O’Brien, also of Castlebar Garda Station, gave evidence of arresting Liam Porter. He told the court that, when he read the summary of the offences contained in the warrant to the respondent, he replied: “Yeah, I understand, yeah.”

Also last month, investigating detectives in the UK released images and descriptions of both men as part of an appeal for information.

Detective Chief Superintendent Dean Holden, of the Cumbria Police, said that the public “should not approach either man but instead make an immediate call” to police. The police also urged both suspects to hand themselves in for questioning as soon as possible.

On Friday at the High Court, Thomas Horan BL told Justice Paul McDermott that he had only consulted with his clients on Wednesday of this week and needed more time to lodge his points of objection to their extradition.

Mr Tony McGillicuddy BL, for the applicant, the Minister for Justice, said that while today’s date had been listed for hearing he had no objection regarding time being allowed for Mr Horan to complete his points of objection. Mr Justice McDermott fixed October 22nd, 2021, as a new date for hearing.