Huge blow as mass postponement of fixtures is ordered

Friday, October 15, 2021
Massive disruption has been caused to local soccer with a decision to postpone all midweek matches with immediate effect. 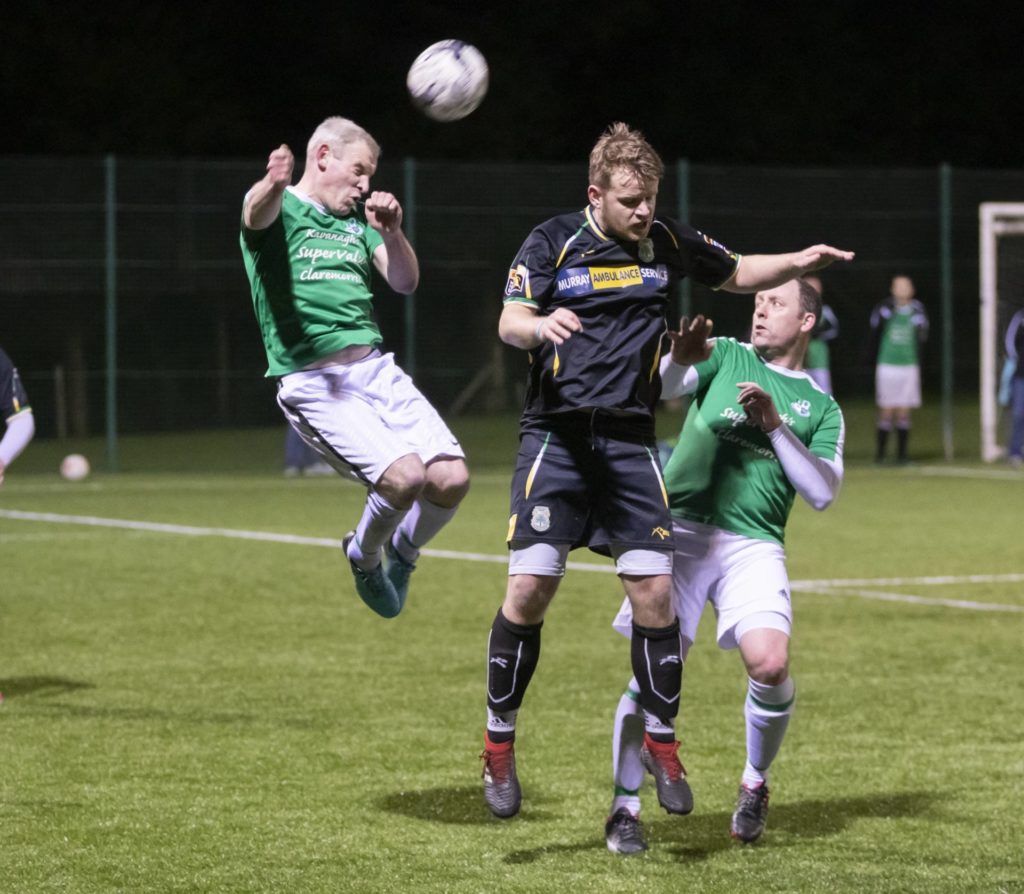 Claremorris captain David Grant jumping to defend his goal in the 2019 Oliver Kelleher Masters Cup Final held in Solar 21 Park, Castlebar. The floodlit venue has now been ruled out of bounds for the forseeable. Picture: Ryan Gallagher

The announcement was made after an emergency meeting of the Mayo Football League’s management committee on Thursday night, where League secretary John Durkan revealed that there are “technical issues with the floodlighting infrastructure at Solar 21 Park”.

The technical issues relate to deterioration of the floodlights due to a lack of usage during the Covid 19 lockdowns and it would seem there is going to be no quick fix based on the League’s position that “any cup final that cannot be played within the season approved by the FAI will be postponed until the start of next season”.
The Mayo FA had planned to play a number of upcoming cup finals under floodlights but have now said that any of those games which had been scheduled for midweek will now be played on Sundays, “where possible”. 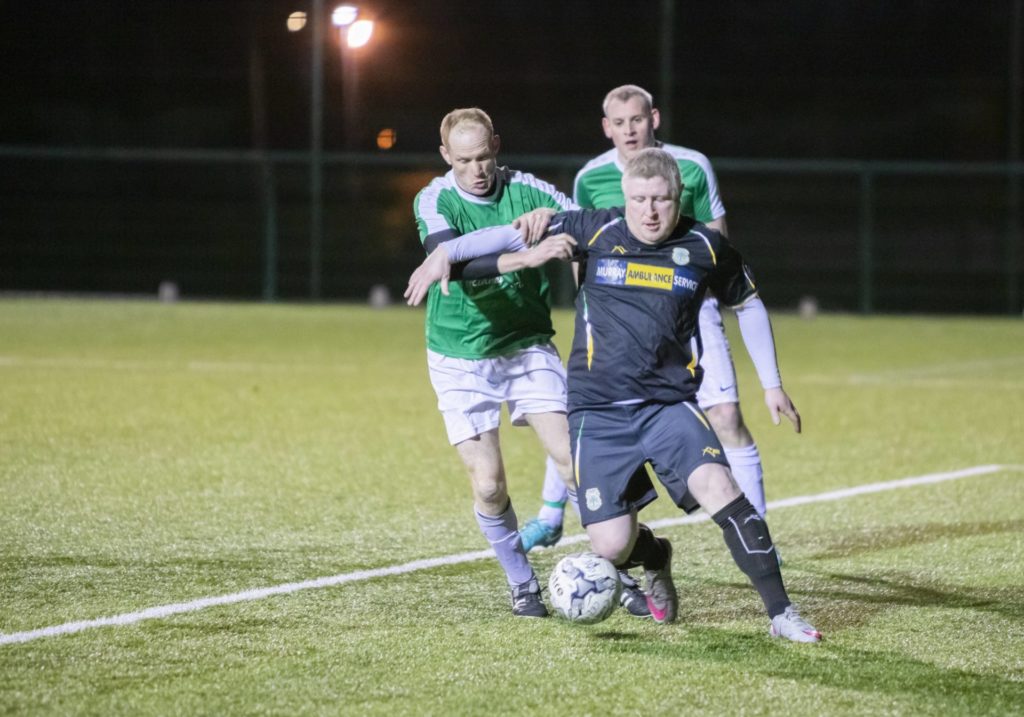 The 2021/22 Mayo Masters League has been placed into major doubt now that the Mayo Football League has had to postpone all floodlit activity at Solar 21 Parl. Picture: Ryan Gallagher

All friendlies and indeed competitive matches under lights are not permitted until further notice and there will be also be bitter disappointment that the ever-popular Masters League will now be unable to commence next month, especially given the recent announcement that such was the interest, the competition was expanding to three divisions.

The MFL’s management committee says it will communicate new dates for all the above as soon as possible and relay updates about the technical problem when available.
Filed under: Mayo, Mayo Football League, Mayo newspaper, mayo soccer, sport