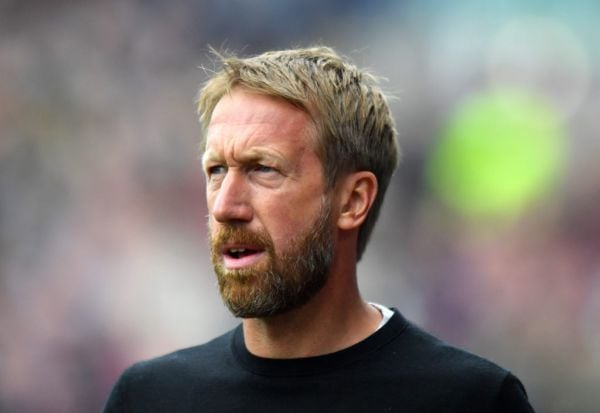 Brighton boss Graham Potter says he feels sorry for football fans having to deal with “false headlines” and constant speculation after being linked with the Newcastle job.

Potter – along with a host of other names – has been touted as a potential replacement for Bruce on the back of the high-flying Seagulls’ impressive start to the new campaign.

But, having faced questions about his own job security in the last 12 months, the 46-year-old has little interest in media “noise”.

“All it is is opinion,” he said. “We live in a 24-hour news world. They have to fill it with something.

“But I think most people understand that’s just the world we’re in.

“It was probably less than a year ago that there was a lot of the opposite noise around whether you’re doing a good job, or whether it’s time to move on for me, that type of stuff.

“With football it can change quickly and I don’t pay too much attention to the noise from the outside.

“I don’t trust the positive noise that much and I don’t get too carried away if it’s negative.

“Like I said, this time last year – probably even less – I’m answering questions about whether I have the support of the board.”

Potter has received regular plaudits this term after guiding Brighton to 14 points from seven fixtures – their best start to a Premier League campaign.

Current form is in stark contrast to last year when the Seagulls won just two of their opening 18 top-flight fixtures, piling pressure on the head coach.

“From a points perspective, we’ve done well this year so far but we’ve (only) played seven matches,” said Potter.

“This time last year we’d played seven matches and probably our performances were as good as they are now – the difference is we’ve got the points.

“And obviously we’re in a world where it’s quite simplistic: if you win, you’re good; if you lose, you’re bad.

“With that in mind, you just have to try and be consistent, try and be calm, try to do your job the best you can and not to listen to the noise from the outside.”

But Danny Welbeck (hamstring) and Steven Alzate (ankle), who were injured in the 1-1 draw at Crystal Palace on September 27, are facing significant periods on the sidelines after each requiring surgery.

League of Ireland: Win for Shamrock Rovers while Finn Harps level at the death