From U21 to U15, there has been a strong level of Mayo involvement in the underage Ireland squads over the last few days.

As reported on westernpeople.ie last Thursday, Belcarra-native Luke McNicholas will travel with Jim Crawford’s U21 squad to face Montenegro in a Euro 2023 qualifier. The Sligo Rovers shot-stopper has been on loan at Cliftonville this season. 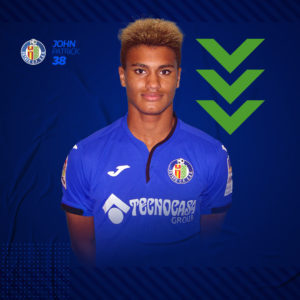 John Joe Patrick Finn, whose father hails from Ballyhaunis, plays with the Republic of Ireland U19 squad

The U19 squad has had back-to-back draws in friendly matches with Sweden and featured John Joe Patrick Finn, the Getafe youngster whose father hails from Ballyhaunis. Finn played 70 minutes in a 2-2 draw last Friday afternoon and came off the bench for a 20 minute cameo against the Swedes in their 1-1 draw this morning. 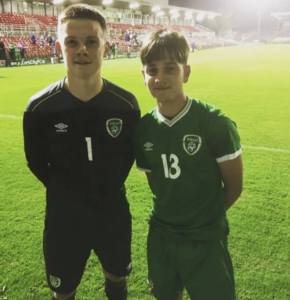 Conor Walsh and Daniel Kelly, who trained with Westport United before moving to Sligo Rovers, have both been in action for the Republic of Ireland U17’s in recent days.

Westport-born keeper Conor Walsh continued his impressive form for the U17’s, recording his second clean sheet in as many matches for Ireland in a 2-0 win against North Macedonia last night, while his fellow Westport man Daniel Kelly made an appearance off the bench. Last Friday, Walsh also played the full 90 minutes in a 5-0 win over Andorra. Both Walsh and Kelly play their club football in the Sligo Rovers youth system.

Christian Donlan-Goncalves has been recalled into the Ireland U15 squad following his impressive debut against Montenegro last month for upcoming friendlies against Poland. The Roscommon native currently represents the Mayo U15’s in their underage national league.