One of the most popular contestants on this summer’s series of the UK reality TV show, Love Island, has confirmed that he will visit his Mayo relatives this week.

Toby Aromolaran  and fellow contestant, Chloe Burrows, made it to the top three of this year’s Love Island series.

Despite a bumpy start on the show they remain a couple and have moved in together since returning to their native England. 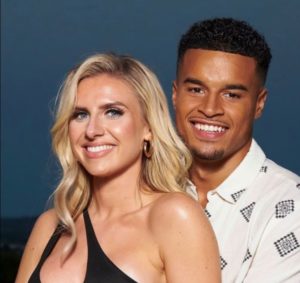 Irish fans of the show were thrilled when it was revealed in the closing days of this year’s series that Toby’s mum is from Ireland.

Toby is the son of Mayo woman, Vikki O’Mahony. Vikki was raised on Erris St in Crossmolina and Toby spent many happy childhood summers with his cousins and extended family in that north Mayo town.

Rumours have been rife of an imminent visit by Toby and Chloe to Mayo ever since the 2021 Love Island series ended with mum Vikki herself admitting in media interviews that she has been encouraging her son to escape from the post-series mayhem by visiting her home place.

Toby is now reported to have confirmed on his Instagram stories over the weekend that he is Ireland-bound tomorrow, Tuesday, October 12 and will visit Dublin and Mayo over a three-day stay.

It is not known whether he will be joined by girlfriend Chloe or not.