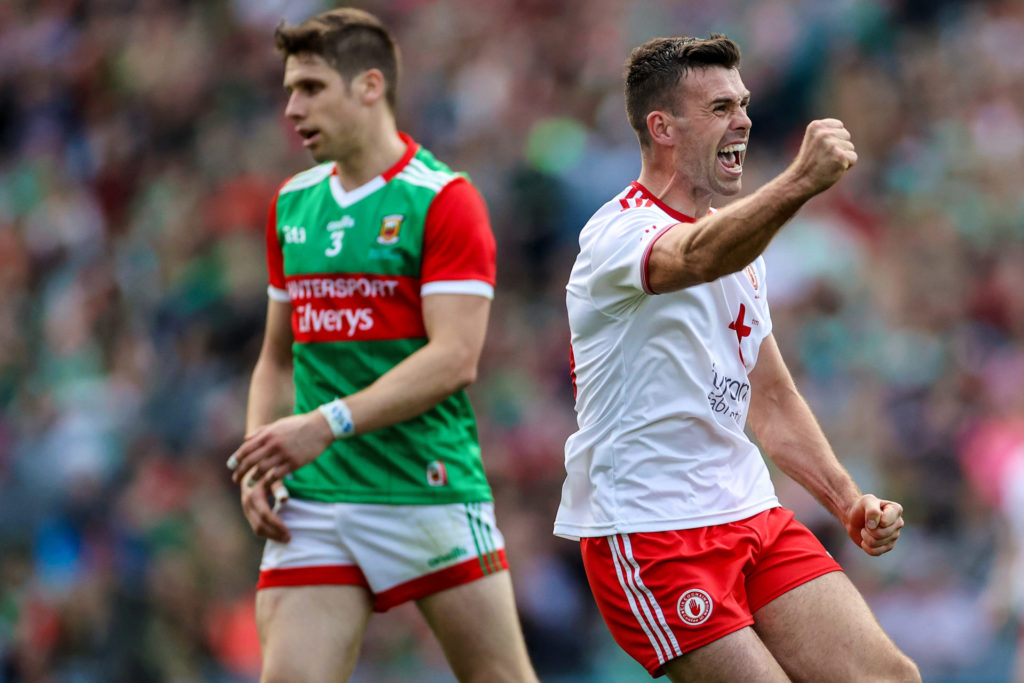 One delegate described himself as a “broken man” after Mayo’s latest All-Ireland final loss. The chairman admitted the players were “empty vessels” after the defeat. And the secretary gave an assurance that he and his fellow officers would “demand the answers”.
As monthly Mayo GAA meetings go, it’s fair to say last Thursday’s was one of the more engaging. The issue of the senior football team losing its sixth championship final in ten seasons, in what was also its thirteenth consecutive final without a win, was top of the agenda.
And with confirmation from the outset that County Board officials would be conducting a complete review of the team’s season, which ended in a five points defeat to Tyrone, several club delegates raised topics they wished would be raised with Mayo manager James Horan and his backroom team.
It resulted in the agreement that clubs have until this Friday to submit specific questions to form part of the official review process.
“When you are doing the review, ultimately it comes back to James Horan as the manager: what has he learned?” opened the Kilmaine GAA representative Kevin McDonnell, observing that in the history of senior inter-county football, only Mick O’Dwyer, Sean Boylan and Jim Gavin had managed teams to more All-Ireland finals than James Horan, but with one obvious difference.
“What I would ask of you as a County Board is to ask James Horan what learnings is he taking. Is he learning how to be a better manager on the sideline? Is he learning to be a better coach? Is he learning to listen to people on his sideline better?”
Kevin McDonnell said that from his seat near to where the Mayo backroom team was situated during the All-Ireland final, the optics “didn’t look great at times”. In response to an alleged dispute among the manager and selectors on the day, Mayo GAA chairman Liam Moffatt’s belief was that it’s something that has been blown out of proportion. 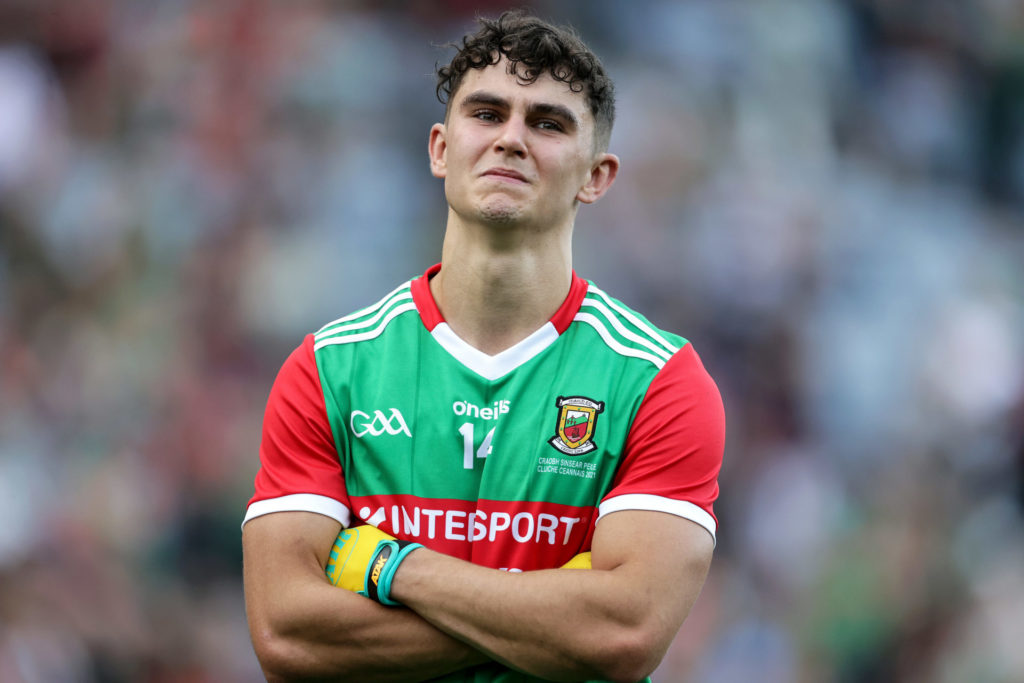 “Like in any environment, there will be agreements and disagreements and the bigger the day, when the performance isn’t there and you’re scrambling, emotions will get heated,” Moffatt told the meeting at the An Sportlann complex in Castlebar. He explained that two of the five-man selection team wear earpieces and that every decision is talked through.
“They have ups and downs and ins and outs all the time but they do absolutely communicate. Those optics that they don’t isn’t the truth. They’ve won every [other] game this year, they’ve got to a final, we haven’t performed, everything isn’t broken here.”
Hollymount-Carramore delegate Pat McCartan agreed that the management team needed to be quizzed because of the genuine fear that mistakes will be repeated if Mayo reach another All-Ireland final.
“We have to learn from lessons of the past and get the thing right. While it’s great to get to All-Ireland finals, it would be lovely to bring one of those cups down the road some evening.
“I felt as frustrated as anybody leaving Croke Park that evening, probably I would describe myself as a broken man coming out the gate. And it’s getting harder and harder to go up that road. My fear is that we will lose a lot of the goodwill of the people. Questions have to be asked.”

And Larry Warde, speaking on behalf of Aghamore GAA Club, had one such question specific to last month’s final: why couldn’t the management replace a defender with a defender? Arguing that the same failing occurred in last year’s final, Warde said, “I don’t have any issue with the players and I don’t think any club should, but we cannot keep on coming back to the same issues of sideline, sideline, sideline, every time that we leave Croke Park.”
Gerry O’Malley from Ballinrobe GAA Club echoed Larry Warde’s absolution of the players and pinned Mayo’s shortcomings against Tyrone firmly on the door of the management. 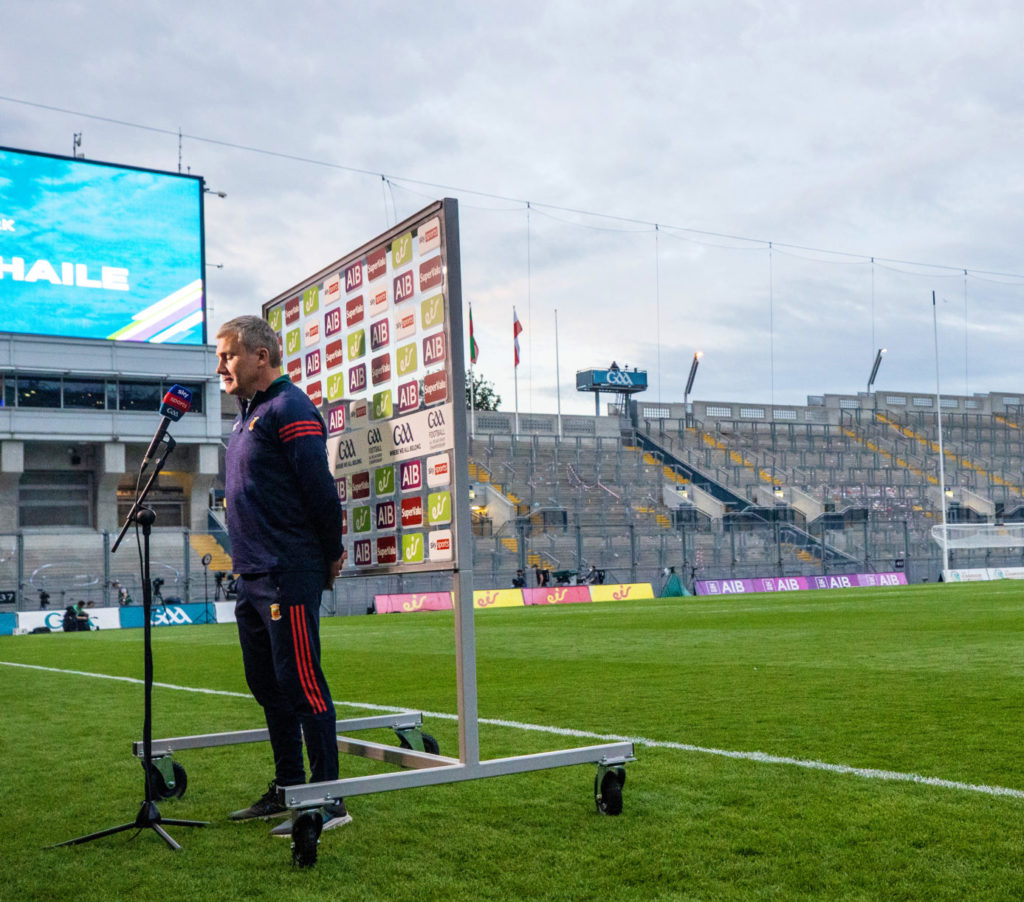 “Tactics is your ability to change your style of play depending on the opposition in front of you and it looked to me that we hadn’t learned from Tyrone’s match with Kerry. We ran into cul de sacs the whole time.
“We need to be looking at the ability in our management team to examine the opposition in front of us and learn from their previous game – it might seem like common sense but some people say common sense is not all that common – and to create a game-plan based on what we’ve seen. That didn’t appear to happen. There seemed to be no Plan B.”
Liam Moffatt interjected and claimed “significant analysis” of the Tyrone team had taken place and was of the opinion that some mistakes by Mayo players were due to “performance anxiety”. Gerry O’Malley, however, was none too impressed with the chairman’s response.
“The whole idea of a review is asking the hard questions and the answer you’ve just given me seems like you’re defending. We’re not here to defend, we’re here to learn.”
Liam Moffatt replied: “I’ll make it very clear to you, I’m not defending anyone, I’m having an open conversation so to turn it around and say I’m defending these… I’m seriously not.
“When you put this level of effort that we’re all putting in, 30 or 40 hours a week, I will certainly ask questions in the review, you can be guaranteed of that.”
The chairman was supported in his comments by Mayo GAA secretary Dermot Butler.
“We’re not going to just go into a meeting and ask questions and just sit there with nobody saying anything. We’ll demand the answers,” assured Butler.
“From working with James and the lads over the last couple of years, I think we will get the answers. We mightn’t like the answers but at least give us the opportunity to ask the questions.”
Butler also disagreed with the theory of Killala delegate Kevin Maheady that the number of All-Ireland finals Mayo have now lost has led the county to accept its defeats far too easily.
“I think the level of expectation had gone up through the roof because it was Tyrone we were playing and Dublin and Kerry were out of the equation; people were thinking and hoping this was going to be the year but unfortunately it didn’t happen,” remarked the secretary.
“There were mistakes made both on and off the field, we will accept that, but I think until we meet with James and his backroom team it would be unfair to speculate on anything, on who’s going or who’s staying, or on what mistakes they think they made themselves.”