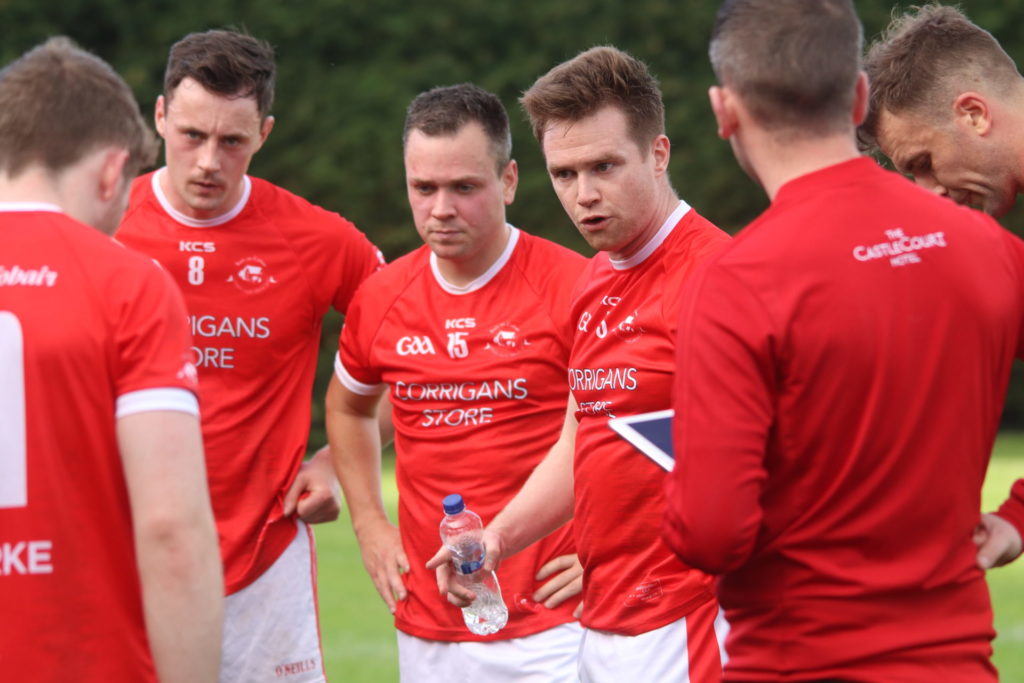 Nothing brews optimism quite like the first round of the club championship. Ambitions are lofty. Belief soars. Parishes simmer with exuberance and excitement.
Winter in the company of the Moclair Cup, or any other championship title for that matter, never seems as morose. On those mornings with an extra crunch in the ground, a large mug of Bovril is no match for the reminder of a cup sitting in the clubhouse just down the road.
Of course, a championship is never won on the first day out. That’s not to say the first weekend cannot prove hugely insightful when looking ahead. In fact, recent history suggests a failure to turn up on the opening day doesn’t bode well for success later in the season — and a congested season only heightens that need for a solid start.
Over the last decade, only Ballintubber in 2014 lost their opening game of the championship before going on to claim the senior title. That loss came at the hands of Castlebar Mitchels, who arrived into the county championship only two months after playing in an All-Ireland club final in Croke Park.
In hindsight, losing by three points to the All-Ireland finalists should have told us much about Ballintubber’s credentials that year. However, last Saturday evening in Clogher, there was never a sign of an early-season blip.
The team that were arguably Mayo’s team of the last decade — building on their first senior county title win in 2010 with another four — appear as impressive as ever as they head into the new decade as a bona fide heavyweight for the first time.
There is further cause for optimism around Ballintubber and its hinterlands given the nature of the win, a high-scoring display without the services of their talisman, Cillian O’Connor.
That they beat a side that was also harbouring title ambitions is no insignificant point either, with Enda Gilvarry’s side now surely bouncing into early favouritism for the title as a result. 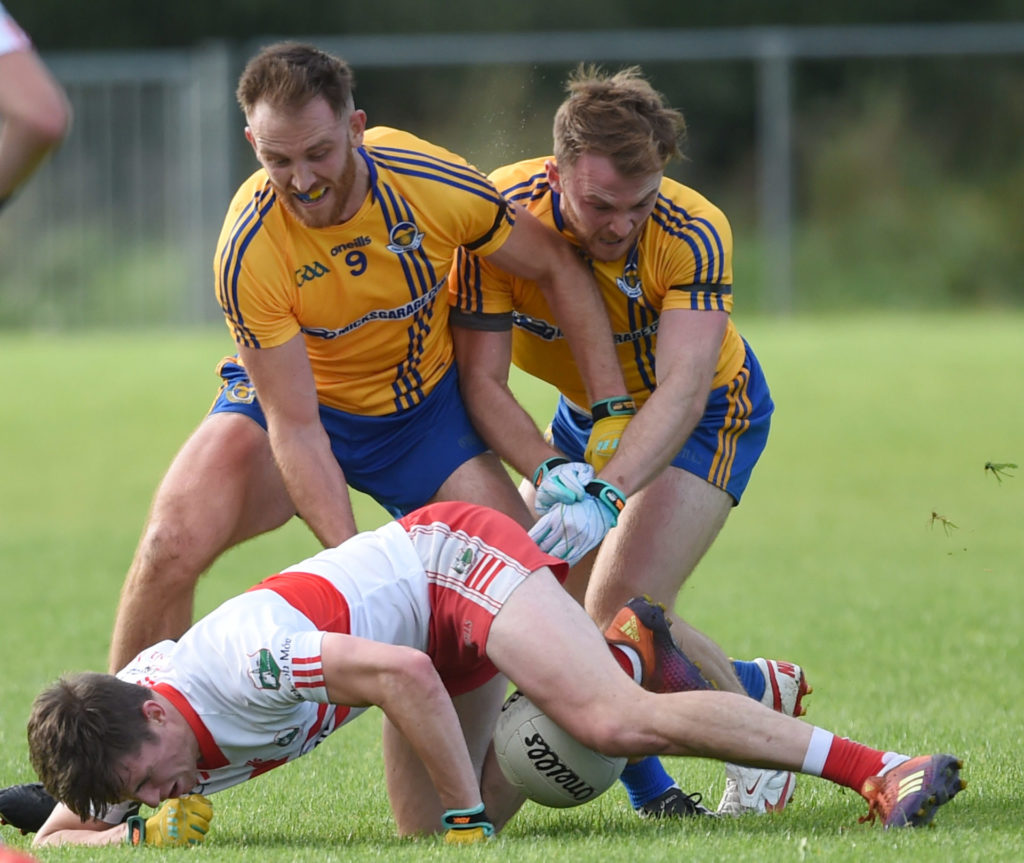 It may have been the statement win of the weekend, but there were no shortage of statements that will have sent optimism swelling in all corners of the county.
Last year’s champions, Knockmore, proved the hunger that had built up from 23 years of waiting for a county title hasn’t subsided from winning in a near-empty MacHale Park last autumn. Not even a late splurge of scores got Aghamore within touching distance of Ray Dempsey’s side. They remain the champions for now and the hope that more than the hundred or so locals who got to witness David McHale lifting the cup last year will be able to do so this year, will burn as brightly as ever as the champions seek an early bird ticket into the quarter-finals this weekend.
Breaffy and Westport provided the other major statements of the weekend. Losing four finals over the last decade must bring a degree of pressure to Breaffy’s quest this year, particularly given they don’t boast the same talent emerging from underage that some of their rivals do. However, on the evidence of their performance against The Neale, the pressure isn’t affecting their desire to get over that figurative hill.
Meanwhile, Westport are finally taking advantage of the embarrassment of youthful riches that led them to an All-Ireland intermediate title in 2017. They are a more complete team now, even if many of their stars are still a year or two short of their prime.
Westport are young and confident. Breaffy are seasoned and determined. Both are littered with inter-county talent and both have every reason to believe this is their year. You’ll sense that in both parishes this week. It’s infectious.
That optimism will even reach South Mayo, where Garrymore may well have assumed the tag of this year’s dark horse by virtue of their win over Kiltane.
Everywhere you look there’s optimism aplenty. Even those unaligned to a club cause had their eyes focused on proceedings last weekend in the hope of spotting the county’s missing link, that piece of the jigsaw that has been wedged down the side of the couch.
By all accounts, Conor Diskin seems to be delivering on his underage promise after inspiring Claremorris to victory over local rivals Davitts, while a few miles up the road a relatively young team in Balla produced a promising performance in defeat to the seasoned Castlebar Mitchels.
The neutral, more concerned with individual talent than clubs’ ambitions, will be hoping there’s plenty of material in there for Mayo to collar next season and beyond.
Even the familiar names offer hope. That Tommy Conroy is going to become an invaluable asset for Mayo over the next decade is hardly news in these parts, but there are still questions over the true height of his potential.
Rarely does a player on the losing side of an encounter claim a man-of-the-match accolade, and it’s even rarer when the losing side suffers a 12-point defeat. Yet, there could be no argument over Conroy’s selection on a soggy afternoon in Breaffy. He was imperious. 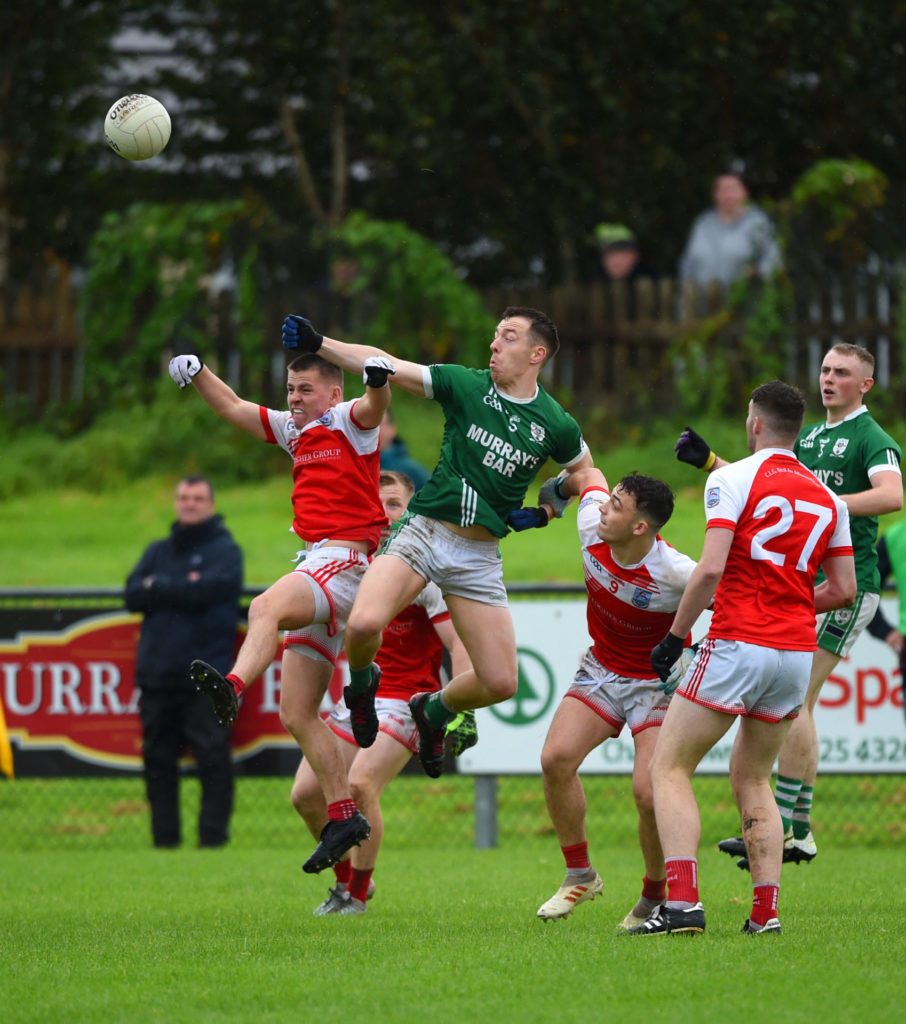 Gareth O’Donnell in the midst of the midfield drama during his side’s draw with Belmullet last Sunday. Picture: David Farrell Photography

It’s long been assumed by some, this writer included, that there is no room left in the game for players of Conroy’s ilk. The modern game has become methodical, defined by processes and systems, where creativity has too often been replaced by discipline. Conroy is a defiant example of there always being room for a generational talent.
But is he wasted in the corner, even if he is deadly in front of goal?
His showing in Breaffy gave the impression that he just may be. When afforded space, the jet-heeled tyro has become an unstoppable force for which there are no solutions for opponents. More optimism for the Mayo faithful to embrace.
The first round of championship fare, as it always does, had a portion of optimism for all: for the victors, for the losers, for the neutrals et al.
However, too much optimism has often provided a cautionary tale.
John McGahern once referred to his “favourite optimist”: a man who jumped off the top of the Empire State Building in New York.
“As he passed the 42nd floor,” McGahern said, “the window washers heard him say, ‘So far, so good.’”
So, clubs and supporters can bathe in the optimism for now — for most of them, it will be cruelly short-lived.